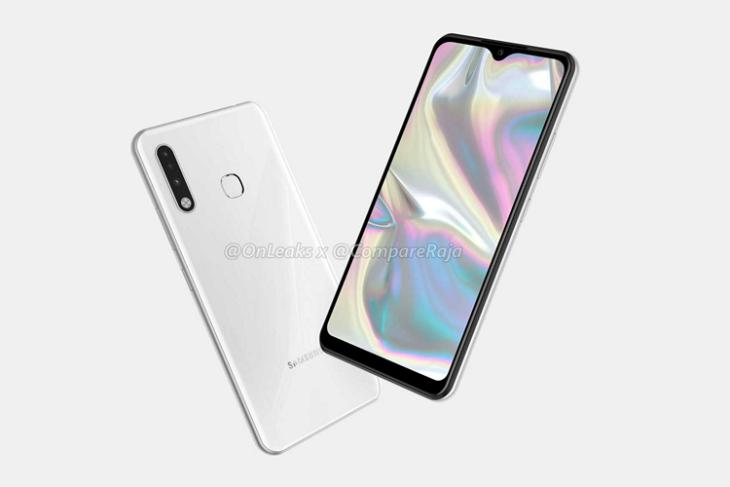 Samsung launched the Galaxy A70 and later released a refined version in the form of Galaxy A70s last year. Now, it appears like Samsung is working on Galaxy A70e as renders for the handset got leaked over the weekend.

The leak comes from popular leakster Steve H.McFly(Onleaks). In a report published by Compareraja featuring 5K CAD renders of the handset, we see the existence of a physical fingerprint scanner on the back unlike the optical in-display fingerprint sensor seen on its siblings.

From the renders, we see a waterdrop notch for housing the front camera. At the rear, the Galaxy A70e could be having vertically-stacked triple rear cameras along with an LED flash. For now, there is no word on the camera specifications yet.

Also, we do not have credible information regarding the chipset used in Galaxy A70e. We could expect Samsung to stick with Snapdragon 675 chipset. Considering the fact that the letter “e” is usually used to denote cheaper models in a series, we could even be seeing a weaker processor on this one.

Unfortunately, the Galaxy A70e will be coming with an outdated micro-USB port, according to the report. Do note that these are just allegations at this point and we will have to wait until Samsung announces the handset to know the finalized specifications of the Galaxy A70e. However, going by the track record of Onleaks, the aforesaid design and key specifications are not likely to differ.