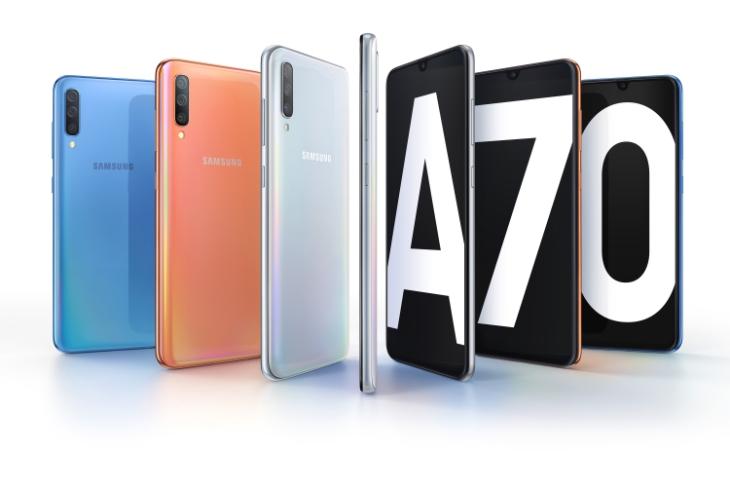 Even as the Galaxy A10, A20 and A30 are still only weeks old, Samsung has announced the Galaxy A70, a more high-end mid-range device with a large battery and a unique aspect ratio.

Just like the other new Galaxy A series phones, this one has a notch – this time around it’s an Infinity-U notch on an expansive 6.7-inch display with 20:9 aspect ratio. You also get three rear cameras, a 32-megapixel selfie camera, and a massive 4,500mAh battery.

While Samsung does not mention the SoC being used in the Galaxy A70, it does say it has an octa-core processor (in a 2.0GHz dual core + 1.7GHz hexa core configuration). We really wish Samsung would just own up the SoC variant in specs sheet as keeping consumers in the dark rarely helps with creating a good impression. What we know is it will have 6GB or 8GB RAM options, up to 128GB of storage with the option to expand up to 512GB, with a dedicated microSD card slot. 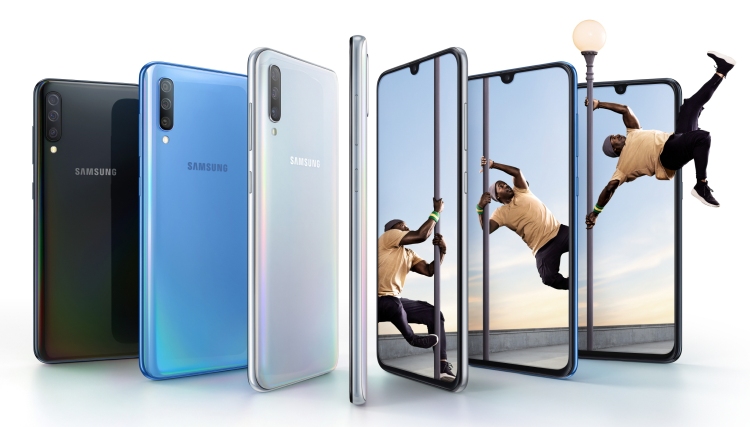 The Samsung Galaxy A70 sports a 3D Glasstic design just like the Galaxy A50, which we were quite impressed with. That massive display is a Super AMOLED panel with 1080×2400 pixels resolution.

It’s not just that the A70 has a 4,500mAh battery, but it’s also backed by Super-Fast charging at 25W, which is just great. Another thing going for the Galaxy A70 is that it runs on the latest Samsung One UI software based on Android Pie. And if you are looking for trendy features, well it has an in-display fingerprint scanner instead of the traditional rear sensor. Samsung said it will announce more at ‘A Galaxy Event’ which is set for April 10. There are not pricing or availability details announced just yet.