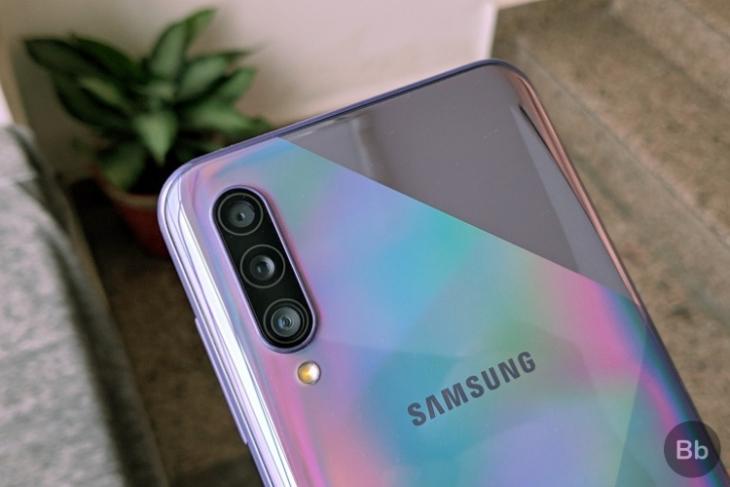 Samsung’s feature-packed Galaxy A-series has worked out pretty well for the Korean giant who was earlier bewildered about what to do about its budget rivals. Galaxy A50 is called one of Samsung’s most successful offerings and well, it was recently refreshed as Galaxy A50s with a new Exynos chipset and better cameras. Samsung is looking to continue the momentum with the upcoming Galaxy A70s smartphone in India with a trendy new 64MP camera in tow.

The Galaxy A70s recently made an appearance on TENAA, giving us a closer look at the device and what it will pack on the inside. It doesn’t look a whole lot different from the Galaxy A70 launched in April earlier this year, except for the new 3D prism pattern that we’ve seen on the Galaxy A50s. The front remains exactly the same, with an Infinity-U notch design.

Galaxy A70s will only have a higher-megapixel primary camera, which is the same 64MP ISOCELL Bright GW1 sensor that’s baked into both the Redmi Note 8 Pro and Realme XT. The other two sensors won’t see any major upgrade – one will be an ultra-wide lens and other a depth sensor. You will also find a 32MP selfie camera onboard here. 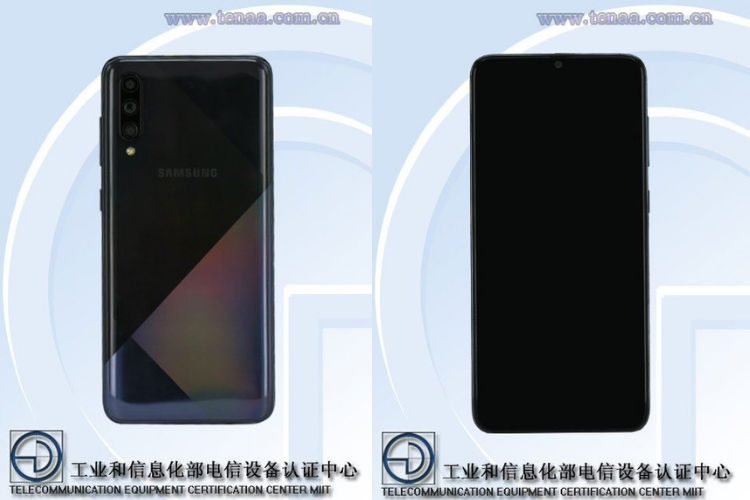 As for all the other specifications, the rumor mill suggests that Galaxy A70s will sport a 6.7-inch Super AMOLED screen with an in-display optical fingerprint sensor, powered by Snapdragon 675 SoC (leaked via Geekbench), running Android 9 Pie-based OneUI, and 4,500mAh battery with 25W charging support.

Samsung is yet to announce a launch date for the Galaxy A70s, but we expect it launch sometime in the first week of October. The rumor mill suggests that 3rd October is when the Galaxy A70s would be unveiled at a rumored price tag of around Rs. 32,999 in India. Until then, go ahead and check out our Galaxy A50s first impressions video on YouTube: