Skip to content
Home Reviews Galaxy A7 Power Button Fingerprint Scanner and Face Unlock: How Well Do They Work?

Samsung recently lifted the covers off its first smartphone with a triple camera setup – the Galaxy A7. Starting at a competitive price of Rs. 23,990, the all-new Galaxy A7 packs in an Exynos 7885 SoC, coupled with 4/6GB of RAM and 64/128GB of internal storage. As with most other modern smartphones these days, the Galaxy A7 also packs in a fingerprint sensor and a face unlock feature for biometric authentication. However, with the Galaxy A7, Samsung has taken a new route with the fingerprint sensor and has replaced it from the back of the device to the power button. The face unlock feature remains as basic as ever and just makes use of the front camera to authenticate the user’s face.

Unlike other mid-range smartphones from Samsung released earlier this year, the new Galaxy A7 differentiates itself from the pack not only due to the triple camera setup but also because of the fingerprint scanner placement. The fingerprint scanner on the Galaxy A7 has moved from the back panel to the right edge of the device and has been embedded within the power button. According to Samsung, the new approach (which isn’t exactly new, as a number of phones from Sony have followed the same fingerprint scanner placement for quite some time) takes a more ergonomic approach to unlocking the device. 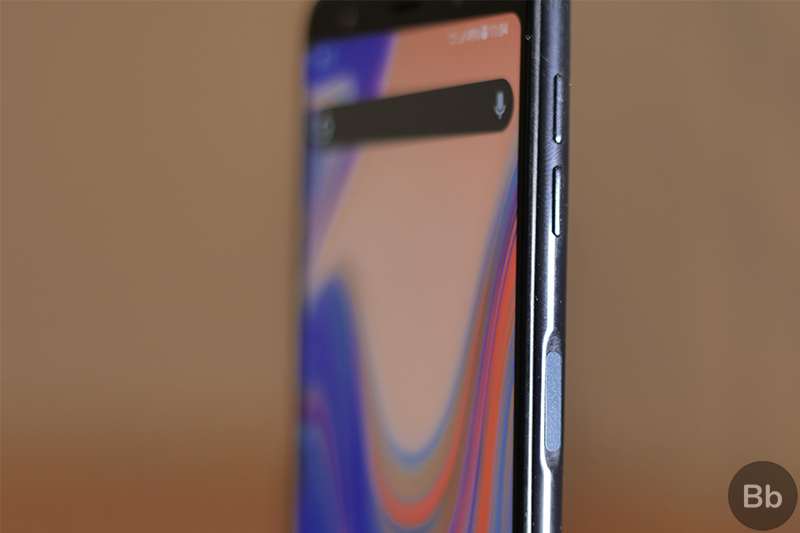 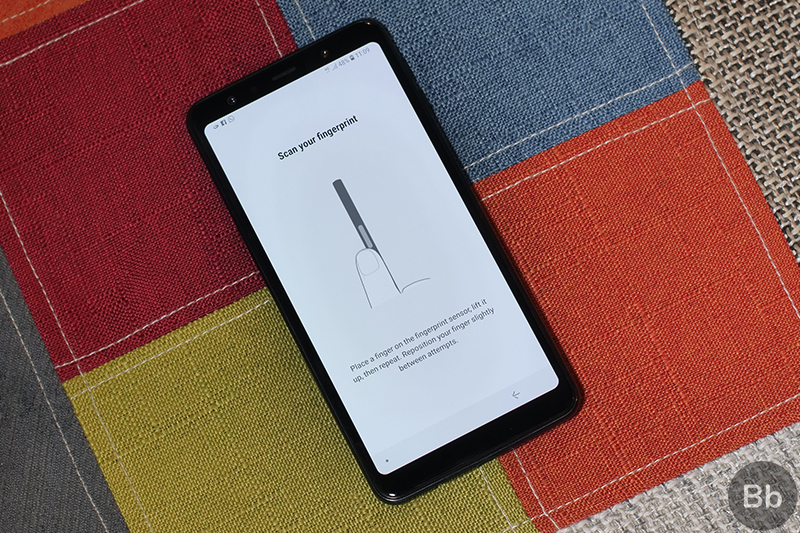 Due to the fact that the fingerprint scanner now rests on the power button, it occupies significantly less space than its back panel-placed counterparts and registering a new fingerprint on the smaller fingerprint scanner takes an unusually long time. On top of that, you aren’t really able to register your entire fingerprint which means that there are chances that the scanner won’t identify your fingerprint if you place it at an awkward angle in a hurry. 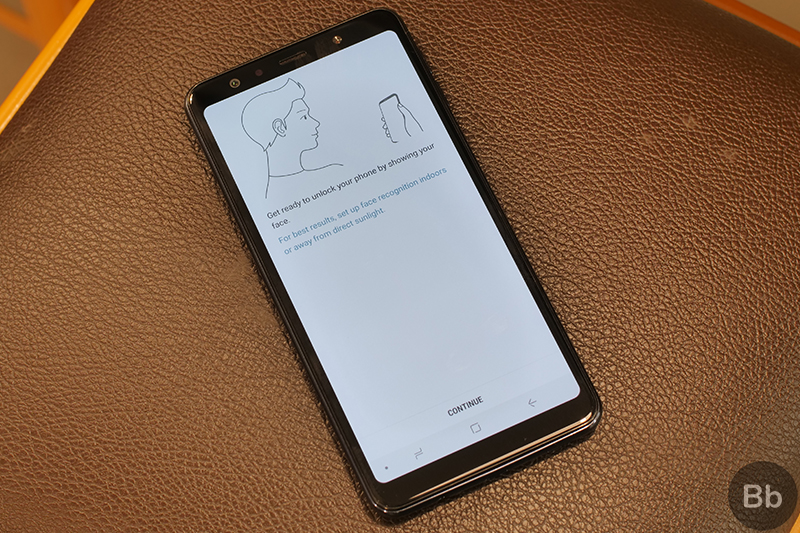 On top of that, the feature isn’t even as fast as the one found on OnePlus devices, which also make use of the front camera to authenticate the user’s face. In my time with the device, I barely used the face unlock feature because it’s not only painfully slow but also doesn’t work more often than not.

In conclusion, Samsung seems to have hit a gold mine with the placement of the fingerprint scanner and using it just felt a tad bit more seamless than using a fingerprint scanner placed in any other location. Even though the company might have been a bit late to the party, it’s great to see that it’s still open to making some changes to its design that will definitely be beneficial for the end user. On the other hand, if you’re a big fan of fast and accurate face unlock, you should probably stop considering the Galaxy A7 and take a look at the Poco F1 or the Vivo V11 Pro, both of which have fast and accurate IR-assisted face unlock features.