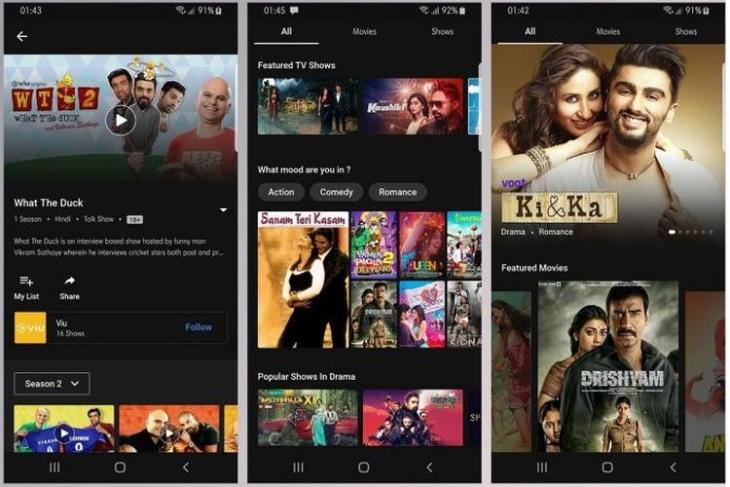 Just over a week after announcing its plans to launch a free video streaming platform called Flipkart Videos, the home-grown e-commerce firm has reportedly started rolling out the service on its Android app for some users, but there’s no word on when it might be available on iOS. The company has partnered with several content producers and media houses, including Viu, Dice Media, TVF, Arre and Voot, for its portfolio of curated video content for the platform.

However, unlike Amazon Prime Video and NetFlix, Flipkart is not offering any original content for now, although, that’s expected to come at some stage in the future. The content is currently being offered through the main Flipkart shopping app, although the company will likely launch a dedicated app for its streaming service sooner rather than later.

Flipkart Videos was announced last week by Krishnamurthy, who said that the service will offer a curated range of movies, shows and entertainment programs with a focus on India. We believe that great content, if made available to a wider base of consumers, especially the ones who are new to e-commerce but not internet, can bring them on-board on an everyday basis and help take away any anxiety that they may have towards online shopping”, he said in a press release.

Flipkart Videos will only offer Hindi-language content to begin with, although, it’s not immediately clear if programming in other Indian languages will also be available in the future. It will also be interesting to see whether it will be able to attract younger customers to Flipkart’s bread-and-butter retail platform, which is exactly what the company is trying to achieve with the service.