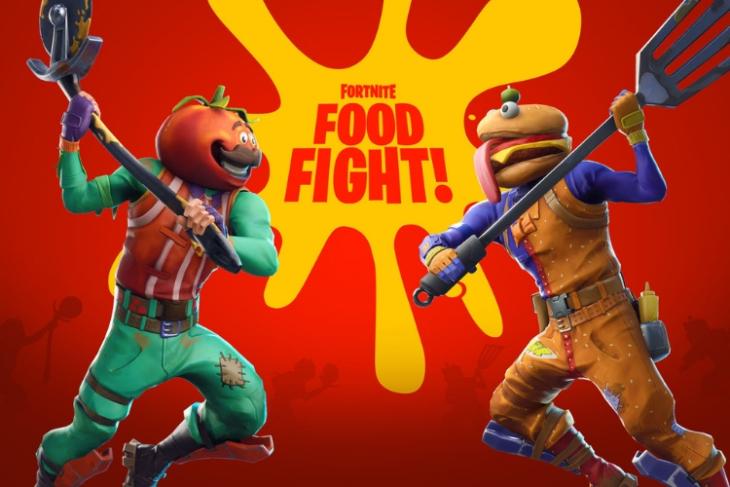 So, if you had been waiting to know about everything that’s been added to Fortnite, then here a quick breakdown of the v6.30 patch notes for you:

The biggest addition in this update comes in the form of a new limited-time battle royale mode called Food Fight. Fortnite is exploiting the presence of two food-related skins, i.e. the Durr Burger and Pizza Pit gear in the game to give you this new fittingly-named game mode.

Here, two teams will be divided by a wall, with a 5-minute timer, which is enough time to build up a base, and battle one another once the veil drops.

Fortnite has also added two new weapons into the mix to make the attempt for a ‘Victory Royale’ even more exciting. First, we have for the turret that you can mount on the floor to keep the enemies at bay. However, Fortnite advises you not to shoot using the same for long, even though it has unlimited ammo because it will overheat.

Secondly, we’ve got ourselves a new six-shooter revolver that allows you to take down enemies with enhanced accuracy. It’s going to be fun to pretend to be a cowboy in the non-battle royale mode in Fortnite. Is this Fortnite’s nod to Red Dead Redemption 2?

There aren’t really any major changes, except for the Food Fight mode, but patch 6.30 does bring along a number of minor but significant changes. They’re listed as under:

Epic Games says that its social team got distracted by a butterfly and there are a ton of other changes in v6.30. So, if interested, you can check out the complete patch notes right here.