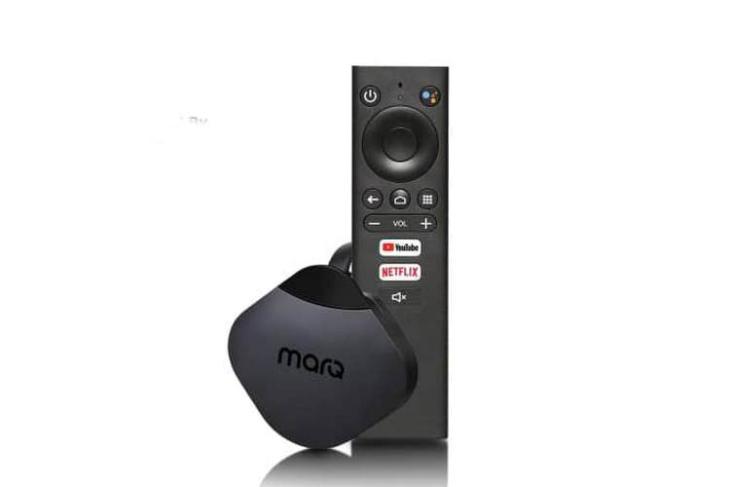 Flipkart on Tuesday launched a streaming stick under its private brand ‘MarQ by Flipkart’, foraying into a segment that is rapidly gaining traction with Indian consumers. Called the MarQ TurboStream, the device is available for purchase on the retailer’s website with immediate effect, starting at Rs. 3,499.

“With the Android operating system being so popular in the country, the user interface of our streaming device will be familiar and will help customers adapt to the new technology quickly”, Adarsh Menon, Senior Vice President – Private Brands, Electronics and Furniture, Flipkart, said in a statement. “Through this latest offering, we are once again bringing to the Indian market a product of unmatched quality, crafted to meet the needs of our consumers”, he added.

The MarQ TurboStream is equipped with the latest Android 9.0 OS and sports Dolby Digital Audio and a voice-controlled remote with Google Assistant. The device supports dual-band (2.4GHz and 5GHz) WiFi and can stream Full HD (1920 x 1080) videos at 60 frames per second. It comes with 1GB of DDR3 RAM and 8GB of ROM. It also offers built-in Chromecast, which allows users to cast their mobile phone screens onto the TV and supports all apps available on the Google Play Store.

It will be interesting to see how the market receives this new device, given that it is priced at almost exactly the same level as the Amazon Fire Stick, not to mention the Airtel Xstream STB and smart stick launched back in September. Having said that support for Google Play apps might still make it popular among certain segments of consumers, so only time will tell if it will be able to carve out its own niche in the market.