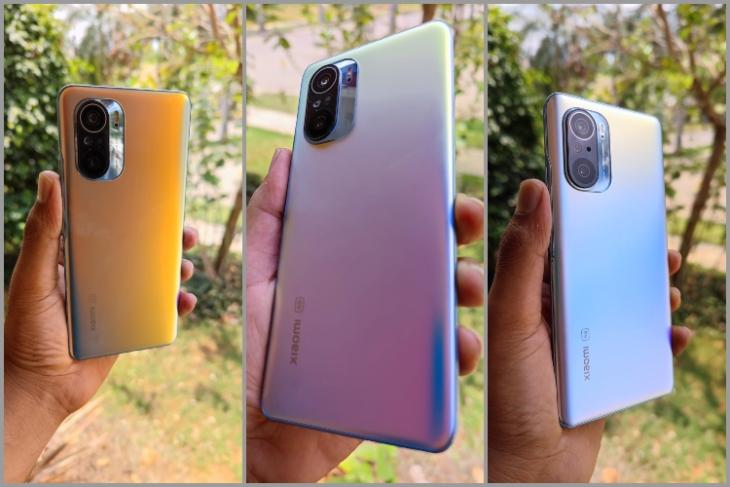 Ahead of its official launch alongside the Mi 11 Ultra next week in India, we now have our first look at the Mi 11X series. Officially coming from Manu Kumar Jain, the MD of Xiaomi India, the first real-world images of the Mi 11X look pretty tempting. Also, they confirm one of the biggest rumors surrounding the upcoming Mi 11X lineup in India.

Jain recently shared three exclusive images of the Mi 11X smartphones on Twitter (tweet attached below) to show off its three color variants. As we can see, the Mi 11X series will be available in Celestial Blue, Celestial Pink, and Celestial Gold colorways. All three variants come with a matte-finish back panel, which should make for a great in-hand feel. The pink color variant looks the best among these three, in my opinion.

Which one do you love the most?

Looking at the design and the rear-camera module of the Mi 11X, one can easily tell that it looks exactly like the Redmi K40 that the company launched in China earlier this year. So now, with the design out in the open, it confirms the rumors about Mi 11X devices being rebrands versions of the Redmi K40 series.

The higher-end Mi 11X Pro will be equivalent to the Redmi K40 Pro or Pro+. On the other hand, the lower-end Mi 11X is expected to be a rebranded version of the standard Redmi K40 (or the Poco F3 from global markets). So, we expect the Mi 11X series to pack similar specs.

As a result, the Mi 11X Pro will come with the flagship-grade Snapdragon 888 5G chipset under the hood. The standard Mi 11X, however, is expected to feature the lower-end Snapdragon 870 SoC, the same as the standard Redmi K40. Both the devices are also rumored to feature a 6.67-inch E4 AMOLED display with a 120Hz refresh rate.

Coming to the optics, both the Mi 11X and the Mi 11X Pro will have a triple-camera setup. The latter is speculated to pack either a 108MP or a 64MP primary lens along with an 8MP ultra-wide lens, and a 5MP telephoto sensor.

The standard Mi 11X, on the other hand, is expected to follow the camera setup of the standard Redmi K40. This means that the Mi 11X will include a 48MP primary sensor, an 8MP ultra-wide lens, and a 5MP telephoto macro sensor.

We will have to wait until April 23 to learn the official price and availability details of the Mi 11X series in India.