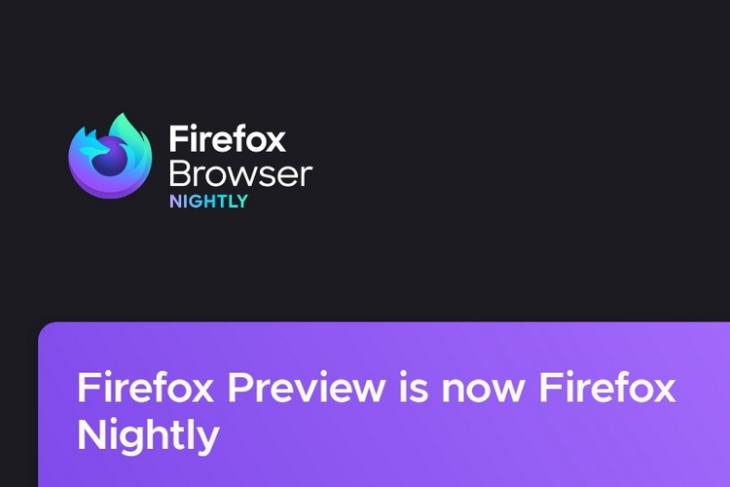 Firefox’s current browser lineup isn’t as straightforward as you would expect on Android. There are different variants such as Firefox, Firefox Beta, Firefox Nightly, Firefox Lite, Firefox Preview, Firefox Preview Nightly, and even Firefox Focus. Well, the company has finally started to simplify its offerings.

Going forward, Mozilla will offer just three primary Firefox builds – Firefox, Firefox Beta, and Firefox Nightly. However, Firefox Focus and Firefox Lite will continue to be offered. This change is to establish a smooth transition to its modern design.

Mozilla recommends Preview users to switch to the Beta version for relatively stable user experience. This way, you get the redesigned version of Firefox with better stability and fewer crashes.

The company is notifying old Firefox Preview users about the transition on the home page with a banner that reads “Firefox Nightly gets updated every night and has experimental new features. However, it may be less stable. Download our beta browser for a more stable experience.”

With these changes, it is evident that Firefox is all set to phase out its current Firefox version with old UI. Now that the new UI build is in the beta channel, we could expect Mozilla to push Firefox with its new design to the stable channel in the coming weeks.