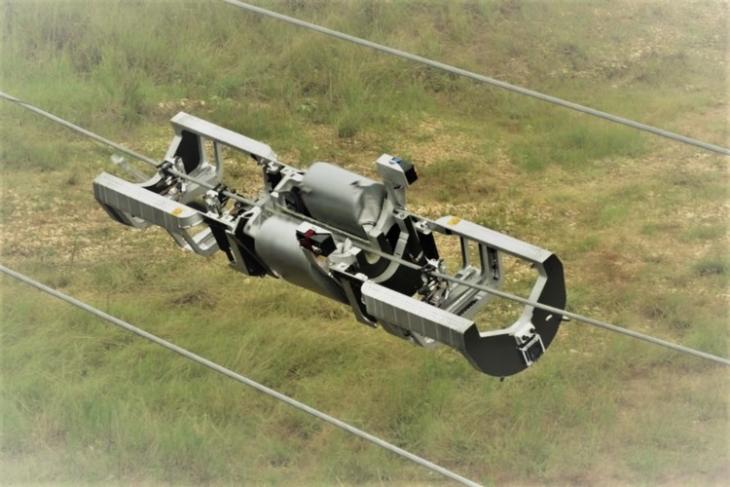 Apart from adding new features to its services and releasing experimental apps, Facebook also works hard to help communities who need it. Recently we saw the company collaborate with CBSE to make digital education accessible for everyone. Now, the social media giant has built a robot that can travel on electric power lines while spinning high-speed fiber-optic cables around that medium voltage (MV) line.

The announcement came from the “facebook Engineering” division via an official blog post. According to the post, the California-based company aims to drastically reduce the cost of deployment of fiber-optic cables in rural and urban areas.

The Need for Fiber

As per Facebook’s research, there are still over 3 to 5 billion people on this planet who are living without the internet. However, with the growing internet needs of the global population, the company predicts that soon it will be difficult for telecom operators to provide high-speed internet connectivity to all the people of the world.

Well, the new fiber-spinning robot from the Facebook Connectivity team and its partners aims to do just that. It will automatically deploy fiber-optic cables in small- and medium-sized areas, without any help from humans.

Now, Facebook states that although there has been “tremendous improvements” in the fiber cable designs, there has been close to no development in the deployment systems of these cables. So, the company combined the magic of robotics with fiber-optic cable design to develop this unique robot.

Now, the robot works in a pretty unusual and innovative way to cover the power lines with high-speed cables. It is programmed to perform two main tasks, i.e., spin fiber-optic cables around the lines and lift the cable reserve to cross the poles in-between the lines.

According to Yogeeswaran, “making sure that [they] design a robot that could automatically navigate over this class of obstacles without any human assistance was the critical function for the robot.”

You can watch the video below to know more about the robot.

So, with the introduction of this robot, Facebook aims to generalize the fiber deployment system, regardless of rural areas and urban areas.

“We aim for this technology to enable equal construction of fiber in rural and lower-income communities as well as affluent ones, with open access to the fiber, fair and equitable pricing, decreasing prices for capacity as traffic grows, and shared benefits of the fiber network with the electric company.”, read the blog post by the team.

The company states that the trials of this new robot will start from 2021. The team hopes that this new fiber-deployment system will bring the internet to every small town and rural area of this planet. This way, everyone will be connected to the world regardless of the area they live in, their stature or their monthly income.