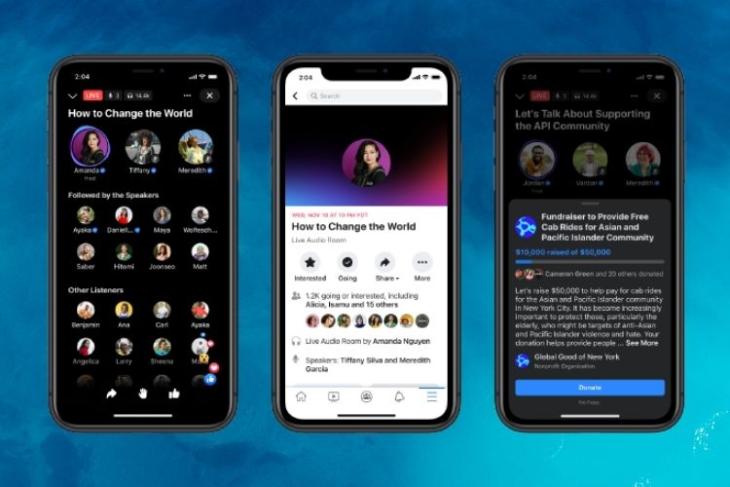 Following the sudden popularity of live audio-based social media platform Clubhouse, Facebook was one of the first companies, which was reported to be developing a similar feature for its platform. Later, the company was seen testing a Clubhouse-like platform dubbed Hotline with video support. And today, Facebook launched its live audio feature called Live Rooms along with podcasts.

The announcement comes via an official Newsroom post from Fidji Simo, the Head of the Facebook App. The new features are part of Facebook’s new audio products line, which was announced earlier this year. Now, a couple of them are available on the Facebook app for iOS in the US.

The Live Audio Rooms feature on Facebook enables users to join in dedicated audio rooms and listen to live conversations on various topics. Public figures and Facebook groups have the ability to create and host an audio room on Facebook for iOS. Followers and group members can then join the room to listen, and given the chance, speak to share their opinions.

During a session, up to 50 speakers can speak on a topic in a live audio room. So, as you can imagine, it is similar to Clubhouse and Twitter’s new Spaces feature. However, there are a few key differences.

Facebook’s Live Audio Rooms offers creators and group admins the option to support a certain cause and host a fundraiser session. During such sessions, hosts and speakers can directly donate to the cause right from the Facebook app. 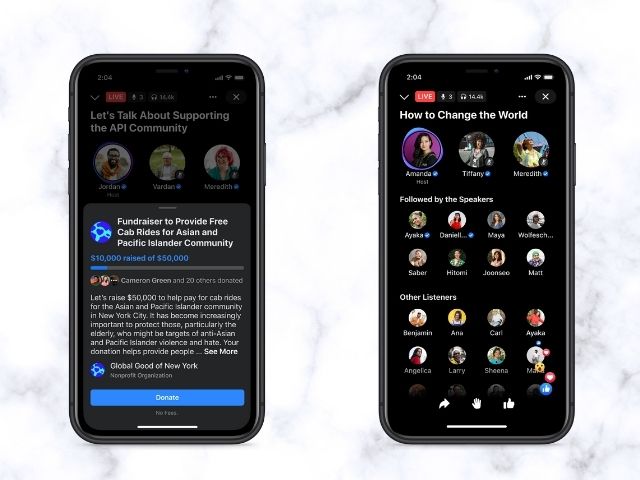 The UI of the Live Rooms feature is also similar to that of its competitors, with the host and the speakers residing at the top and the speakers sitting at the bottom part of the screen. However, there is a front-row section that sits right below the host and speakers’ section. It displays listeners who have sent “Stars” to the host. “Stars” are buyable emoji elements that users can buy in packs to send to hosts to show their support. 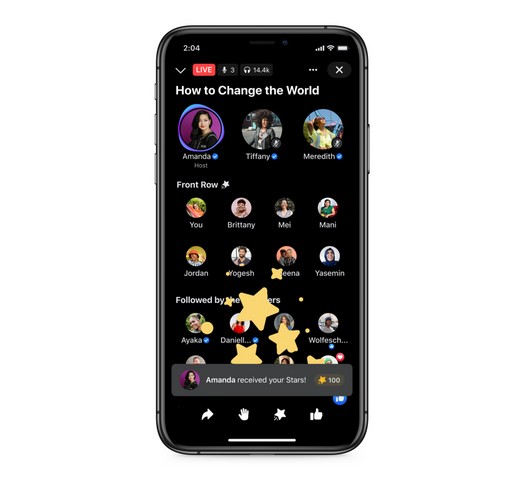 Apart from this, listeners can also enable live captions, or “raise a hand” to join the conversation, and also use real-time reactions to react to opinions. Users will be able to discover live audio rooms on their Newsfeed and Facebook groups. Or, users can sign up to get notified for audio-room sessions of their favorite public figure or group. They will also receive a notification if a friend or a known user joins a live audio room.

Facebook has partnered with many public figures to roll out the Live Audio Rooms feature. This includes Grammy-nominated electronic music artist TOKiMONSTA, independent journalist and scholar-activist Rosa Clemente, and a few others. The company will enable other public figures such as Lisa Morales Duke, D Smoke, Kehlani, Joe Budden, and DeRay Mckesson to create live audio rooms soon.

Podcasts are also a part of Facebook’s new audio products lineup, and it enables users to listen to podcasts without leaving the Facebook app. So, with this feature, Facebook users can now listen to their favorite podcast episodes directly from the Facebook app.

Moreover, the app will play the podcasts episodes via a mini-player or a full-screen player with playback options. The podcasts will keep playing even when users turn their phone display off. 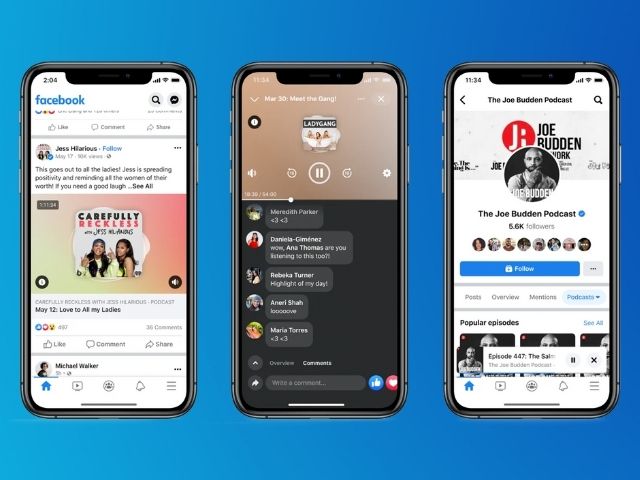 Users will be able to discover podcasts on their Newsfeed as well as Facebook Pages of their favorite creators. As of now, the feature is enabled only for a few creator pages. However, Facebook aims to enable it for more creators and add options to create short podcast clips and enable captions in the near future. For now, users can react, comment,  bookmark, and share the podcast episodes.

The Live Audio Rooms feature, as mentioned above, is available to select public figures and groups on Facebook for iOS in the US. The same is the case with Podcasts as it is only available to a few creators as of now.

In the coming days, Facebook is planning to bring more audio features such as Soundbites – short-form, creative audio clips, to its platform. The company will start testing this video feature in the coming days.