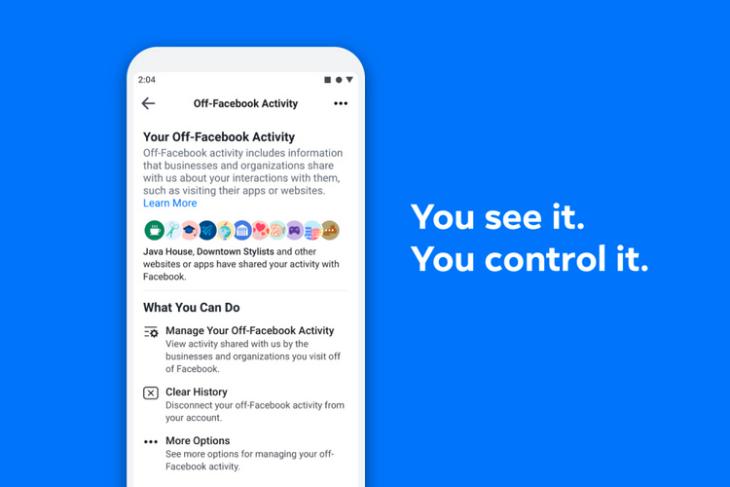 Almost a year and a half after announcing a ‘Clear History’ option at the annual F8 developer conference last year, Facebook is finally starting to roll out the feature to users in select markets. In an official blog post on Tuesday, the company said that the promised functionality is now rolling out in Ireland, South Korea and Spain, with a full global roll-out expected ‘over the coming months’.

The feature, which will allow users to erase all info that the company collected about them from other websites, will be part of a new section called ‘Off-Facebook Activity’ that the company says will “let you see a summary of the apps and websites that send us information about your activity”. Users will also be able to delete all this history, which is largely used by the company to dish out targeted ads and increase engagement via recommended posts.

According to Facebook, Off-Facebook Activity will enable users to see and control the data that other apps and websites share with the social network through tools like Facebook Pixel or Facebook Login. The feature will not only allow users to erase all existing off-Facebook browsing data from their account, but also prevent the company from collecting any further info from third-party sites in the future. “You can do this for all of your off-Facebook activity, or just for specific apps and websites”, said the company.

Under pressure from privacy advocates and government regulators following the Cambridge Analytica scandal, Facebook recently added some transparency to the way it shows ads and posts to users. However, the option to clear all browsing history remained at the top of the wish list for most privacy conscious users, who’d now be happy to see the feature finally starting to roll out to users.