Facebook revealed on Monday that more than 800,000 users were recently affected by a bug that caused the system to temporarily unblock some people that they had previously blocked. The company has already started notifying users of the glitch, and has also issued an apology for the same.

Facebook’s Chief Privacy Officer Erin Egan said that the error has been rectified, and the unblocked contacts have all been re-blocked automatically. While she didn’t share many technical details about how and why it happened, she did claim that the bug was caused by a “technical issue”, and was live from May 29 to June 5. 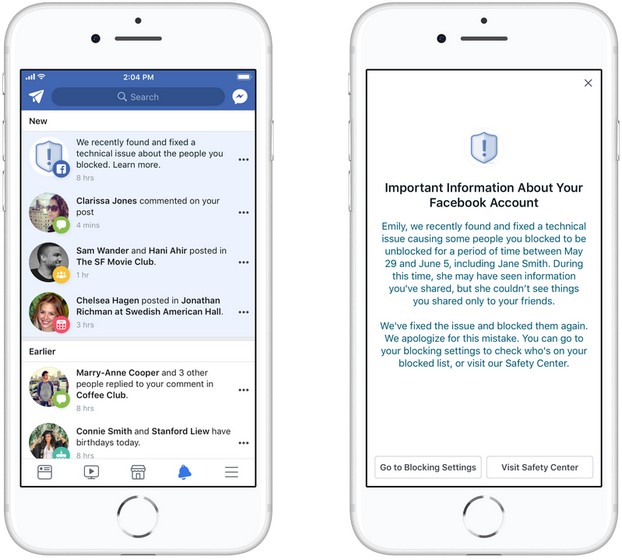 Egan further said that the mistakenly unblocked users weren’t automatically reinstated as friends (if they were friends earlier), nor did they get access to any info that’s only shared with friends, but they could see “things posted to a wider audience”.  Alarmingly, however, the bug did allow blocked users to contact the person who blocked them, although, about 83 percent of affected users apparently only had one blocked person temporarily unblocked, though there’s no way to verify this claim.

It is worth noting here that this is the second software glitch Facebook has revealed in less than a month. Just a few weeks ago, the company disclosed that a software bug set some posts to ‘public’ by default regardless of whether those posts were meant for public viewing or not. The scale and scope of that bug was much larger than this one, and affected a whopping 14 million users over several days in May.