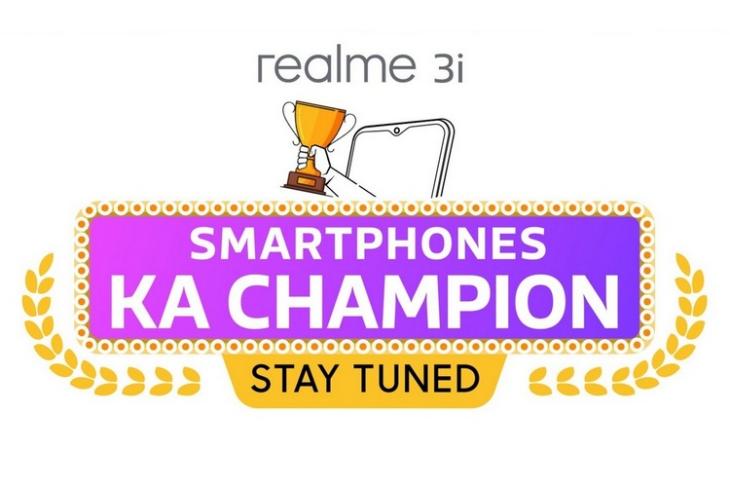 A day after Realme CEO, Madhav Sheth, hinted that the company may launch more products alongside the Realme X on July 15, Flipkart has published a dedicated microsite for a hitherto unannounced device called the Realme 3i, raising speculations that it might also be launched next week.

While there’s no official word on the Realme 3i just yet, a report by NDTV Gadgets seems to suggest that it will be a cheaper version of the Realme 3 that was launched earlier this year. As per the Flipkart teaser, the 3i will ship with a stylish design, big battery, a high-quality display and a ‘champion’ camera.

Specs, pricing and availability details about the Realme 3i remain unknown for now, but given that it will likely be a more affordable version of the Realme 3, one can expect it to be priced fairly attractively. Launched last March, the Realme 3 comes with a starting price of Rs. 8,999 for the base model with 3GB of RAM and 32GB of internal storage.

In case you don’t know it already, Realme is set to launch its premium Realme X smartphone on Monday, July 15. Launched in China back in May, the Realme X offers an almost bezel-less AMOLED screen, an in-display fingerprint scanner, a pop-up selfie camera and a 48MP dual-rear camera setup. It will be powered by the same Snapdragon 710 chipset as the Realme 3 Pro instead of the Snapdragon 730 rumored earlier.

If you need to know everything about Realme X, go ahead and watch our first impressions video on YouTube right here: