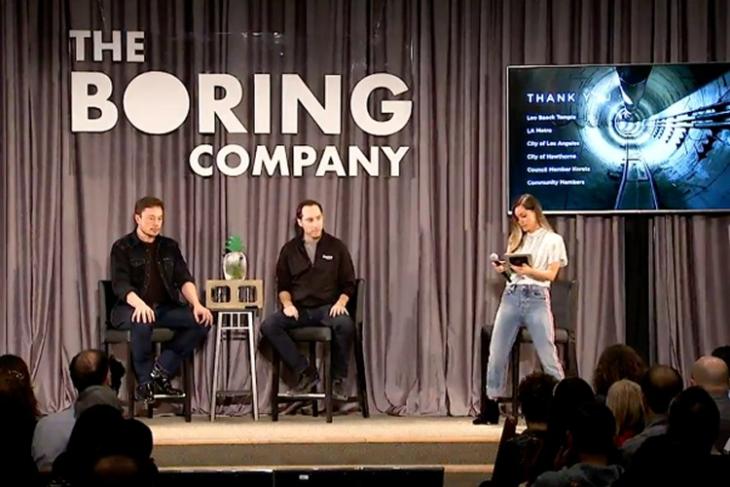 Just a week after announcing that his Boring Company will offer free rides to the public on the ‘Loop’ underground network in LA, Elon Musk held a press conference in Los Angeles Thursday to detail some of the aspects of his much-talked-about personalized mass transit system. According to Musk, the all-electric pods should be able to ferry passengers from downtown LA to the LAX airport for just $1, with the journey taking just about 8 minutes.

As part of his grand vision for Loop, Musk said that instead of a few giant stations as has been the norm with trains and subways around the world, he envisions dozens to hundreds of small stations for his super-fast transit system, about the size of a single or double car parking spot, to alleviate traffic congestion at any one area. He also revealed some of the critical details about the LA route, although, he still refused to give an exact time-frame for the project.

Elon Musk has been incredibly bullish on not just Loop, but also the Hyperloop project that continues to remains a non-starter for now. While Loop is closer to reality and will ferry people super-fast, it is not part of the latter technology that promises to transport people faster than the speed of sound by using sealed, low-pressure tunnels and magnetic levitation technology or air bearings driven by linear induction motors and air compressors.

In case you’re unaware, Elon Musk’s The Boring Company has been constructing the infrastructure for super-fast mass-transit systems across multiple routes in the US. While the LA project is now almost complete and is awaiting regulatory approvals, the company has already started work on a DC to New York route, while the LA to San Francisco tunnel is expected to get underway next year.