With the traditional transportation infrastructure in most countries becoming woefully inadequate in the face of rapid urbanisation, many are looking at revolutionary new options to fix the problem. One such man is SpaceX CEO and celebrated tech entrepreneur Elon Musk, who believes that he has the perfect solution for the world’s transportation woes in the form of a high-speed, pollution-free, solar power-driven transport system called ‘Hyperloop’ that, when implemented, should fix many of the problems faced by conventional modes of transport. That being the case, let’s take a look at what the Hyperloop technology is all about and how it’s poised to change the way we travel:

What is Hyperloop and How Will it Work?

Hyperloop is a futuristic, ultra high-speed tube-based transportation platform that, in its modern avatar, was first proposed in 2012 by Musk as the “fifth mode of transport”. The idea, however, has been around for well over a century, but hasn’t ever been properly implemented, mostly because of technological limitations. The platform is still being conceptualized, but has widely been hailed as the “future of transportation”. If everything goes according to plan, some experts believe that it may eventually revolutionize the way we travel. 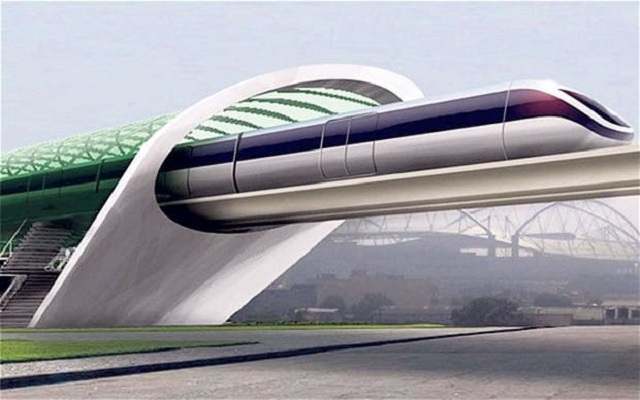 The Hyperloop transportation system will include ‘pods’ or aerodynamic aluminum capsules that will travel at extreme speeds within a sealed, low-pressure tunnel or system of tunnels, but in an effort to reduce friction and increase speed, won’t actually come in contact with the tracks at any stage unlike traditional modes of transport. Instead, they will float over the tracks using magnetic levitation technology or air bearings driven by linear induction motors and air compressors.

Who Invented Hyperloop and How Fast Can it Go?

While Elon Musk brought the world’s attention to the idea of high-speed travel through vacuum tubes by first advocating it during a speech at California in 2012 and then following that up by releasing a whitepaper on the matter the following year, the concept itself has been around since at least the late nineteenth century. The Hyperloop, which is Elon Musk’s own version of this revolutionary form of transport, is modeled partly on American physicist and visionary Robert Goddard’s ‘Vactrain’ concept and, has been described by Musk as “a cross between a Concorde, a railgun, and an air-hockey table”. 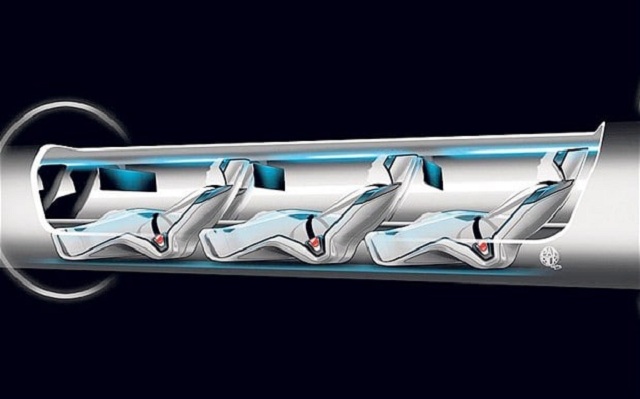 Hyperloop’s design was open-sourced back in 2013, and last year, SpaceX even organized the Hyperloop pod design competition that was attended by over 1,000 students from 100 universities from 20 countries. Out of them, 27 teams were shortlisted and, got the chance test their designs on the SpaceX Hyperloop test track in June 2016. A team from the Massachusetts Institute of Technology (MIT) eventually won the challenge.

The use of vacuum tunnels and magnetic levitation technology means that the capsules are expected to face very little resistance either from air or from the ground below, which will enable them to hit cruising speeds of around 1,000 kmph (600 mph), with a projected top speed of around 1,220 kmph (760 mph). At those speeds, a trip from LA to San Francisco will only take about 30 minutes; almost a whole hour less that the hour twenty-five it typically takes an airplane to cover the distance.

Why Do We Need The Hyperloop?

Transportation as we know it today is not just slow, expensive and inefficient, it is also one of the major causes of air pollution the world over. Fossil fuels used for conventional transportation is not only the single-biggest contributor to the emission of greenhouse gasses like carbon dioxide that contribute to global warming, they also release noxious substances, such as carbon monoxide, nitrogen oxides and RSPM (respirable suspended particulate matter) that have been blamed by researchers for increasing cases of lung cancer and other deadly diseases in humans and animals. In any case, there’s only a finite amount of hydrocarbons that we can dig up from beneath the ground before we run out of it, which would prove to be a nightmarish scenario that could, in theory, take us right back to the pre-industrialized days. 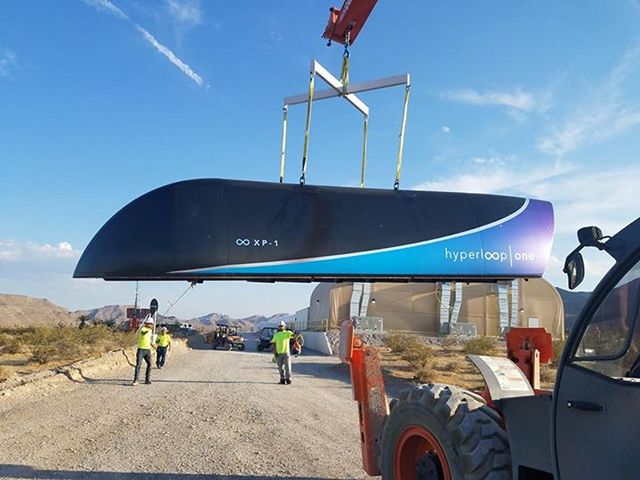 While such doomsday predictions will very likely never quite materialize, the fact that we need something revolutionary cannot be disputed. That being the case, Hyperloop holds out the promise of a cost-effective, eco-friendly, high speed mode of transportation that would harness solar power with photovoltaic panels installed on the roof of the proposed Hyperloop tubes, allowing for a clean and self-powering system.

Is the HyperLoop Going to be Safe?

The Hyperloop roadmap devotes a whole section to safety, depressurization and structural integrity. It even has a contingency plan in case there’s a cash. According to Musk, the fact that the Hyperloop will be automated and shielded from the elements is reason enough for it to be safer than conventional transportation systems. According to him, “The propulsion system is integrated into the tube and can only accelerate the capsule to speeds that are safe in each section. With human control error and unpredictable weather removed from the system, very few safety concerns remain”.

The system, however, will still be prepared for serious accidents, with oxygen masks deployed in cases of serious depressurization, just like they would in an airplane. Each and every capsule would also have emergency brakes and wheels that will be deployed in case it gets stuck and needs to drive itself to safety using small on-board electric motors to power its wheels. The capsules will also have a reserve supply of air to ensure the safety of all passengers in case of a major crash.

Earthquakes are yet another issue that engineers will have to prepare for while finalizing the Hyperloop design. As of now, the proposed LA to San Francisco route is expected to have a series of earthquake-resistant pylons spread along the route at a distance of 100 feet from each other. The tubes will reportedly be mounted on these pylons, which should, hopefully, ensure that passengers within the vehicle(s) remain safe even in case of catastrophic tremors.

What are the Roadblocks?

While Hyperloop promises quite a lot, it will be interesting to see how practical it will be to to push the human body to tolerate that level of acceleration and deceleration in windowless containers. According to former Cornell University chemist, Dr. Phil Mason, the Hyperloop project “might be better described as all the problems of space travel while traveling in a gun barrel at the speed of sound”. That’s because the slightest of cracks on the 2cm-thick outer wall of the tubes will rip through it because of the pressure imbalance, killing not just everybody in the capsule instantly, but probably everybody else in the Hyperloop as well, because “air would rush into the tube at about the speed of sound”. He also goes onto say that building the Hyperloop itself might itself prove to be physically impossible, seeing as it would need to pump out roughly 2 million cubic meters of air to evacuate the proposed 373 mile-long tube between LA and San Francisco. 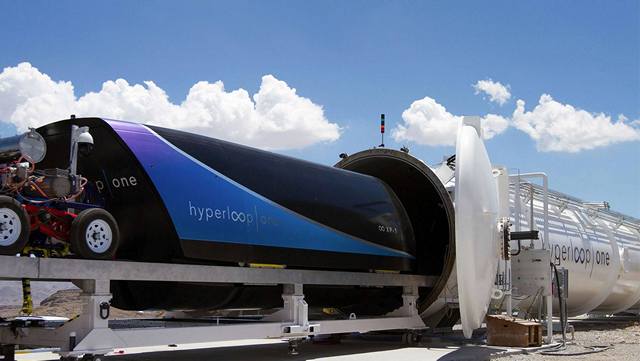 Another huge challenge would be to allow the steel tracks to expand in summer and contract in winter without wrecking the tube. According to Mason, the Hyperloop would expand by about the length of three football fields during the heat of the California summer, but the kind of expansion joints used for bridges and railway tracks wouldn’t work for a vacuum tube, so designing them will be yet another major challenge for the engineers. Finally, anything this big and this hyped will inevitably attract the attention of arsonists and terrorists, who can, potentially, create havoc with the most simple of devices, because just the tiniest of cracks on the wall of the tube is all it will take for a gigantic catastrophe.

How Much Would it Cost and What are the Proposed Routes?

According to white paper released by Elon Musk, the LA to San Francisco Hyperloop connectivity would cost around $6 billion. While that sounds like a lot of money, it is still significantly cheaper than the $68 billion that the under-construction California High-Speed Rail system is said to cost upon completion. However, not everyone is convinced that the advertised amount will be anywhere near enough to construct the proposed track. Michael Anderson, a professor of agricultural and resource economics at the University of California Berkeley, claimed back in 2013 that the project would probably cost in excess of $100 billion, several times higher than the $6 billion quoted by Musk. Goes without saying that at those prices, the entire project would be financially nonviable, even if Musk, SpaceX and other proponents found ways to address some of the safety concerns detailed by Dr. Mason.

Meanwhile, even as some experts believe that the proposed LA-SF Hyperloop would be prohibitively expensive to make any commercial sense, similar systems are already being planned elsewhere around the world, with an Abu Dhabi to Dubai route currently in the planning stage. Other proposed routes include Paris to Amsterdam, Toronto to Montreal, Cracow to Gdansk, as well as a 300 mile (500km) Helsinki to Stockholm track that would tunnel under the Baltic Sea. There’s also a proposal to build a cargo Hyperloop between Hunchun in North China and Port of Zarubino near Vladivostok, as well as a passenger Hyperloop route between Moscow and St. Petersberg. The system is even expected to come to India within the next few years, with LA-based tech company Hyperloop One already having announced its intention to invest in commercial Hyperloop projects in the country by 2021.

When Can We Expect The Hyperloop to be Operational?

It is important to remember that Hyperloop, as a technology, is still at the conceptual stage for the most part, so we are still some distance away from enjoying a ride on one. As such, no one really knows for sure when such a system will be up and running anywhere in the world. That being the case, the answer to this question depends on who you ask. While Hyperloop One is trying to make the first-ever Hyperloop route fully operational by 2020, other estimates indicate that there’s no real chance for the technology to be commercially implemented before 2024.

ALSO SEE: What is Textalyzer and How Can it Prevent People From Texting While Driving

Hyperloop and The Future of Transportation

Elon Musk has variously been described as a visionary and a snake-oil salesman depending on who you talk to, but there’s no denying that the man has given us a lot of talking points over the years. Revolutionizing the transportation industry is a hard job that hasn’t quite materialized either with the Maglev trains or with the Segway, and the way we’ve traveled has remained pretty much the same over the past several decades. It will be interesting to see if Hyperloop will finally be able to change the long-standing status quo in public transportation, or like the two aforementioned examples, remain niche platforms with relatively narrow influence over the transportation sector at large.