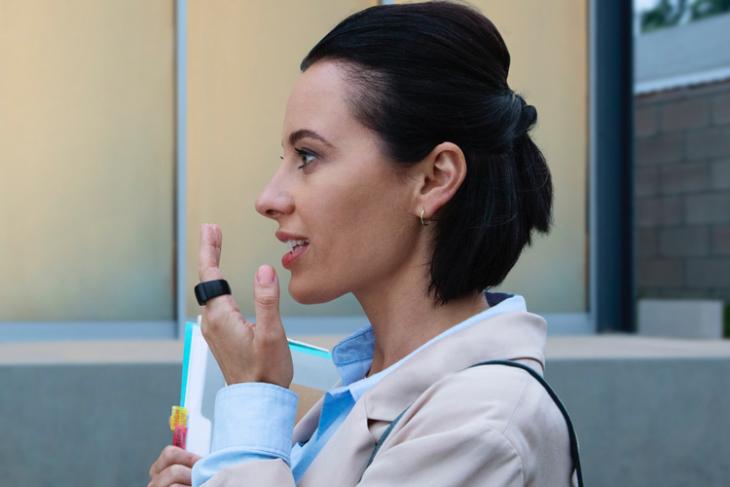 Alongside all the big-bang products like the Echo Buds and the Echo Frames, Amazon also launched a quaint little gadget at its massive Echo event on Wednesday. Called the Echo Loop, the device is basically an Alexa-infused ring meant to be worn on the finger. The device enables users to access Amazon’s AI-powered voice assistant anywhere, anytime, without needing to lug around bulky speakers, or even taking out their smart devices from their pockets.

According to Amazon, the Echo Loop is built out of titanium and, comes with dual microphones that the company describes as “the smallest speaker(s) ever on an Echo device”. While the device can be hooked up to Android devices or iPhones via the Alexa app, it cannot be activated via voice commands. Instead, it needs to be switched-on by clicking on a small button that can also be used for speed dialing a pre-assigned contact by double-clicking.

Amazon claims that the Echo Loop is scratch-resistant, water-resistant device with an all-day battery life, although there’s no word on the exact capacity of the battery. It requires a compatible smartphone and the Alexa app for connectivity. Once connected, users can use it to basically do most things they can do via standard Alexa devices.

Like the Echo Frames, the Loop is also a ‘Day1 Edition’ product, which means it is still largely in the conceptual stage and is not meant for commercial release on a large scale. That being the case, it will be available in limited quantities through an invite-only process at an introductory price of $129.99, after which, it’ll cost $179.99 a pop.