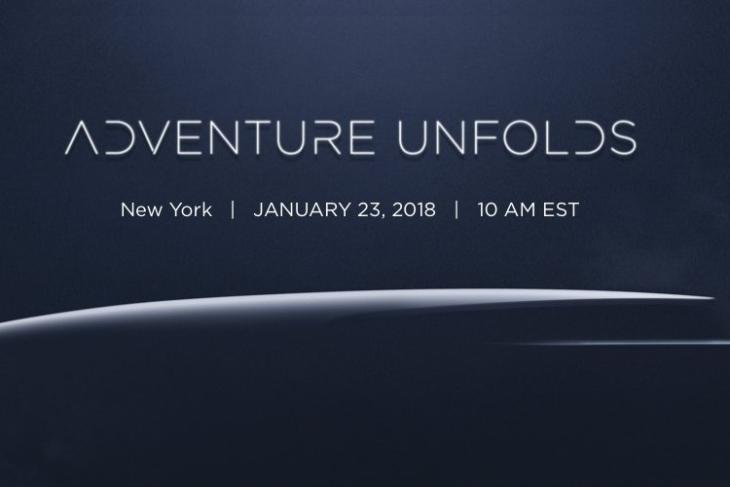 We had been expecting DJI to take the wraps off a brand new drone at CES in Las Vegas, but that wasn’t the case. The company launched a wide variety of products, be it camera gimbals or small drones, at the electronics expo earlier last week, but DJI seems to have saved the biggest announcement for a later date. And that date is January 23.

DJI has today sent out invites and released a teaser video for its upcoming drone launch, hyping the people for the event on January 23 in New York City. Both the event invites, as well as the teaser video, hold the title ‘Adventure Unfolds’ that hint towards the much-awaited release of yet another foldable drone.

The video teaser released by DJI is inconclusive of what it plans to launch next week. The video only shows a few fleeting glimpses of the upcoming drone. Otherwise, it’s filled with aerial shots and a lot of jibber-jabber about micro-organisms, the reason for which I could not put my finger on.

There’s only the obvious reference to ‘Unfolds’ that points straight in the direction of a successor to the Mavic, a foldable drone which you can carry in your backpack. It’s been more than a year since the launch of the original Mavic Pro, which was soon pipped in size by the tiny Spark.

While the tagline points towards a possible Mavic successor, the Internet is torn about the drone DJI will be launching at this event. The majority is partial to the launch of a fixed-wing DJI drone, which will compete against the Parrot Disco. It will be a first for the renowned drone maker, giving them the chance to step foot in yet another niche of the drone market. The fixed-wing drone is quite different and difficult to operate as compared to the company’s existing lineup.

We’d also have to highlight the timing of DJI’s drone launch event, which takes place just a couple weeks post its arch-rival GoPro declared that it was quitting the drone business and Karma is the only drone they’ll ever build. Now, all we can do is speculate and wait for the launch event next week.