As far as gaming laptops go, they all end up being pretty much on par with others in their price range. However, there are always those that sort of stand out. For the Dell G7 15, that’s not an easy task. The laptop truly offers impressive specs, and a design that personally, I appreciate. But at Rs. 2,07,990, this machine is definitely not in the price range where compromises are going to be okay. So, if you’re thinking of getting yourself the new Dell G7 15 7500, read on.

Like I said, the G7 offers specs that impress on paper. You get a high-end processor and RTX-enabled GPUs, although no 30-series yet. Plus you get other impressive things. Take a look.

When closed, the Dell G7 doesn’t make it look like there are any design flairs to it at all. Don’t get me wrong, it looks really good in its all black chassis, with a simple Dell logo on the lid, a couple of airflow vents on the sides, and two on the back with a really pleasing design. The chassis is a fingerprint magnet though, as you can see in the image below. 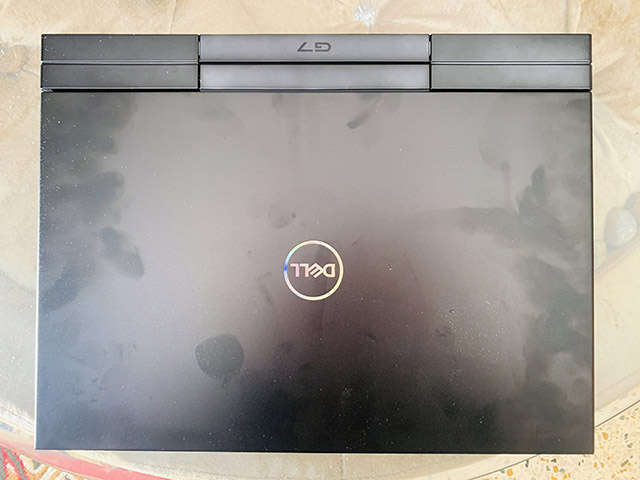 While I do appreciate how stealthy this laptop looks, it’s not until you open it up that the real design shows itself. For one, the hinge here isn’t your usual type. Dell has used an origami hinge where the rear of the hinge slightly opens out as you open the lid of the laptop. This, Dell claims helps with stability as well as improved airflow through the body of the laptop.

Whether it does that, I can’t be sure, but it definitely doesn’t hurt. The screen is surrounded by thin bezels on all sides, except for the chin; which is pretty much standard on laptops now.

You also get a pretty well laid-out keyboard. There’s no numpad here, which is fine with me, but some 15-inch laptops do offer that as well, so it’s worth noting. What I really appreciate about this, as far as the design is concerned is the inverted-T arrangement of the arrow keys instead of the compact sized arrow keys that I hate using on my MacBook Pro. 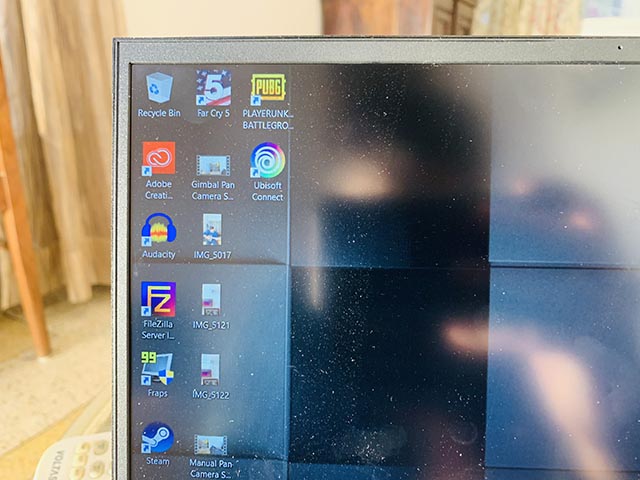 Dell has also equipped the power button here with a fingerprint scanner right within it which means you can log in to your computer with Windows Hello feature in Windows 10. There’s no IR scanner here, so face recognition isn’t an option.

Another point of appreciation for me is the really quite big trackpad. This is the one of the few Windows laptops that I’ve used which have a trackpad that I don’t outright hate.

Apart from all this, there’s the usual stuff here. You get some ports spread out around the sides of the laptop, a couple of vents for airflow, and that’s pretty much everything.

Speaking of the design, I have to mention RGB. Dell isn’t keeping things as understated as some other gaming laptops do, but the G7 15 doesn’t have outrageous RGB either. You get a RGB strip at the front, and the keyboard has customizable backlight, so you can change those colors as well.

The Dell G7 7500 comes with a 15.6-inch Full HD display. As far as laptops with Full HD screens go, this one is a really good one. The matte finish means you can use it without glare issues, and the panel just looks really impressive over all. It gets considerably bright when you want it to, and really really dark when you need it to, all without breaking a sweat. 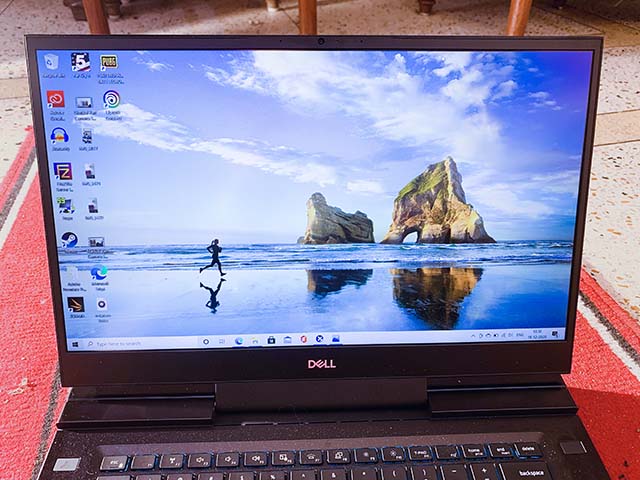 The G7’s screen also offers excellent viewing angles, and thanks to the 300Hz refresh rate, everything looks really smooth and fluid. Obviously that applies to games, but even Windows UI animations and transitions just look better on this screen than they do on most. It also does a really good job separating color shades, which is not a lot of screens do very well.

Under the hood, the G7 brings power-packed hardware for your gaming needs. You get a 10th-gen Core i9-10885H processor. This is paired with 16GB DDR4 RAM, a 1TB PCIe M.2 SSD, and an RTX 2070 Max-Q graphics card. What that means on paper, is this laptop will handle anything you throw at it, and do it really well.

What’s great is the laptop doesn’t let you down. Even with long hours of gaming, the G7 doesn’t seem to wanna quit. What I suspect has something to do with thermals here, the laptop seems to maintain high performance for hours on end. I really wanted to try Cyberpunk 2077 on this laptop, but decided against it. I stuck with my usual testing games, Far Cry 5 and PUBG, and as you’d expect, this laptop can handle them easily. However, PUBG does seem to use way more resources than it should be. 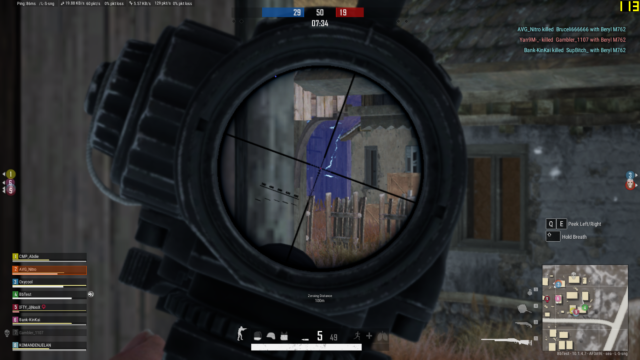 I tried running PUBG in every graphic preset, just to see how it worked out. Personally, I would recommend sticking with either Medium or High for a smooth experience. While the G7 easily runs PUBG in Ultra as well, I did notice some dropped frames and random lag in those settings. That’s not something you’d want to face, so stick with High graphics. 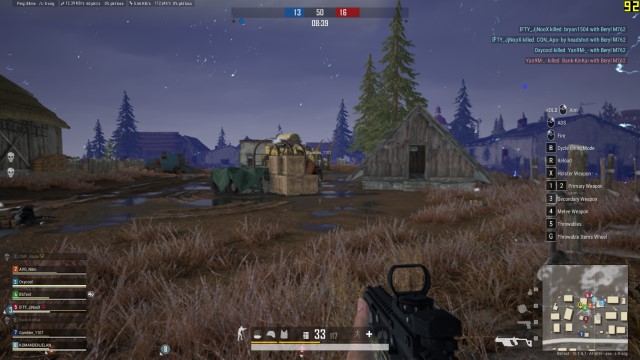 In Far Cry 5 as well, the G7 easily handles playing at the highest graphics settings. As you can see from the in-game benchmarks here, the laptop gets an average frame rate of 91fps in Ultra on Far Cry 5. Drop that down if you want higher frame rates, or a lower chance of frame drops. 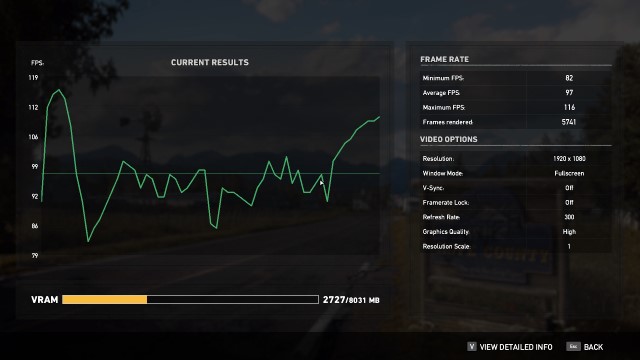 Although, to be fair, I played Far Cry 5 on Ultra on this laptop for a bit and it didn’t drop any frames or lag at all. 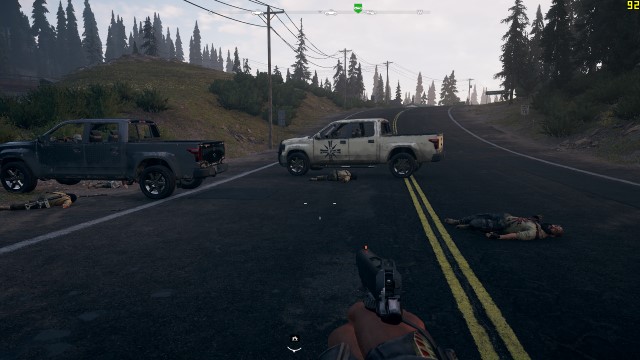 In things other than gaming as well, the Dell G7 holds its own really well. I edited a couple of videos using Premiere Pro on this machine and it can easily playback 4K footage and render it out really well. Unfortunately, I wasn’t using Premiere Pro for the purpose of actually testing the laptop, so I didn’t measure the render times, but they were pretty damn fast nevertheless.

As for everyday tasks including browsing, writing, and more, there was never any doubt about this laptop being able to handle any of that.

I mentioned in the design segment that I appreciate this keyboard for the inverted-T arrow keys. However, there’s more to it. This is actually a very comfortable keyboard to use and type on. The keys are spaced apart well enough to prevent accidental presses across keys, and the response is really great when you’re actually typing on this keyboard. All good things.

I would have liked it even more to not have the page up and down keys right beside the arrow keys. That really defeats the purpose of a full size arrow key layout since you’re just as likely to accidentally press the page up/ down keys instead of the up arrow, for example. 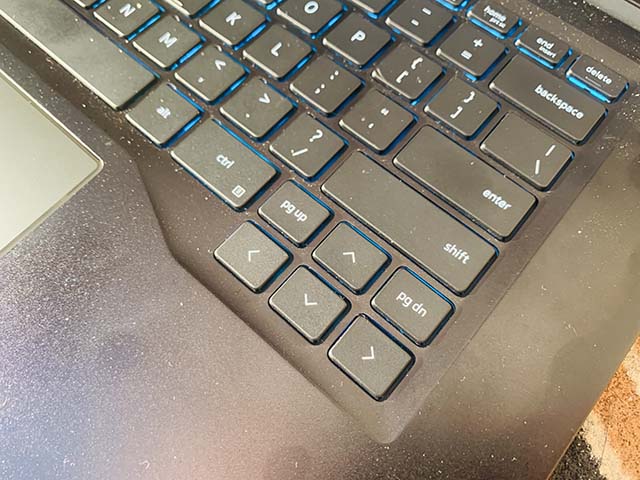 As I mentioned earlier, the backlight on this keyboard is customisable. There’s a 4-zone RGB below the keyboard. True, there’s no per-key customisation here, but the Alienware Command Centre does really nice things with the 4 zone RGB as well, so if you’re looking for that, you’re pretty much covered. 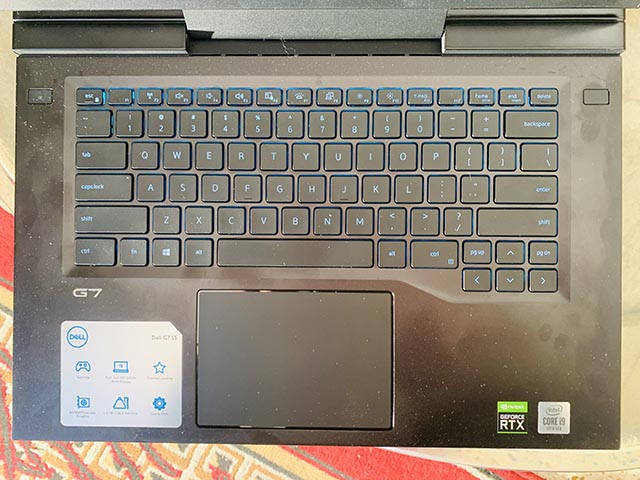 The trackpad here is nice too. It’s really spacious, which means plenty of space for Windows 10 gestures if you like using them a lot. It’s also very responsive, which is great, and the G7 does a great job of palm rejection on the trackpad. So much so that even with that huge trackpad, I’m yet to get any accidental touches while typing or using the keyboard in general.

As is the case with most gaming laptops, the Dell G7 15 7500 also comes with bottom firing speakers. For gamers, that’s not a problem because you’ll likely be using your own set up of speakers, or using headphones anyway.

However, these speakers aren’t really a problem at all. I mean of course, they are not suitable for listening to music, especially if you’re thinking of listening to bass heavy tracks. However, they get quite loud, and don’t really distort much which makes them really useful for watching movies on Netflix. That’s something I do a lot these days, thanks to the pandemic, and this laptop has been great for it. 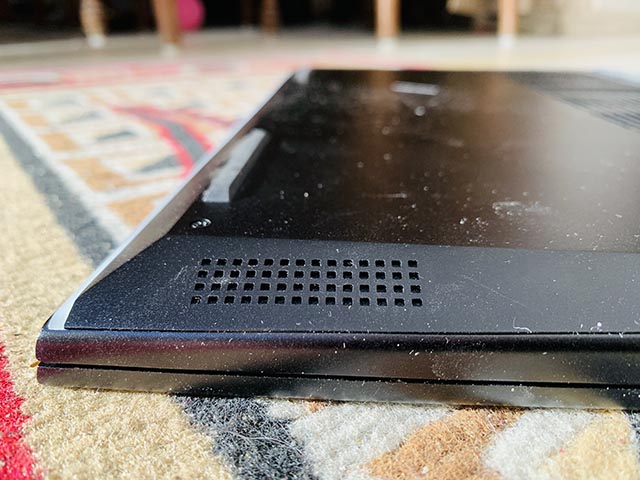 Of course, I would prefer if the speakers were up top and front firing. That would have made them sound even louder, which is what I’m looking for in a laptop speaker. But still, the speaker placement is not something I’m concerned with much because at the end of the day, they get the job done.

The Dell G7 7500 comes with quite a lot of ports, and some nice connectivity options for wireless connections. You get USB Type-A ports, obviously, and you also get a single USB Type-C port which means you can plug in your USB C accessories easily.

There’s also an RJ-45 ethernet port for those LAN parties that you must be missing out on these days, as well a Mini DisplayPort 1.4 and an HDMI 2.0 port for external displays. What’s more, you get an SD card reader, and a headphone jack to round things off. 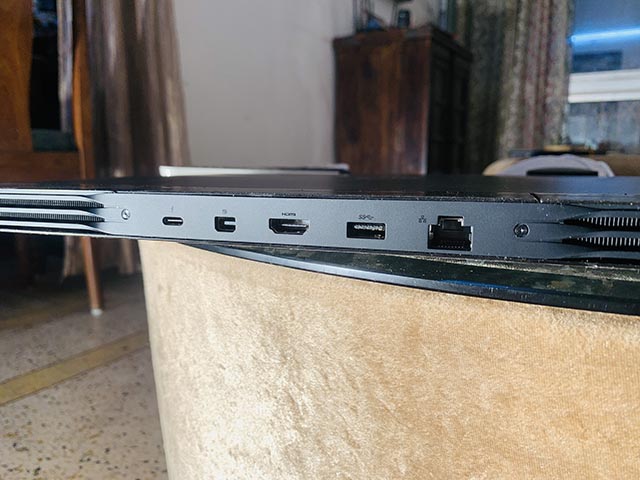 What that means, is you are unlikely to come across a situation where you’re not armed with the correct ports, because there are just so many options. Plus the Type-C port means you can use a dongle to further extend the ports available on the laptop if need be.

For wireless connectivity, you get WiFi 6, and Bluetooth 5.1. I don’t have much to say about either one of those things, but it’s nice to have them for future-proofing.

Coming to the battery — usually the weakest part in gaming laptops because users are likely to have their power bricks connected all the time anyway. However, the Dell G7 15’s battery offers a pretty fair battery life. In my usage, which was mostly mixed on this laptop, I was getting around 5 to 6 hours of battery life. A lot of that will depend on what you’re actually doing, so this number can obviously vary, but that’s still a pretty nice number, especially for battery life on a gaming laptop.

The Dell G7 15 7500 is a pretty solid gaming laptop. The company has redesigned its G-series gaming laptop into a better looking chassis, with improved hardware, and overall just really great performance. At its price, there aren’t a lot of options that offer similar things, and while I wish the G7 brought along a 30-series RTX GPU, it’s still offering pretty much everything I would want.