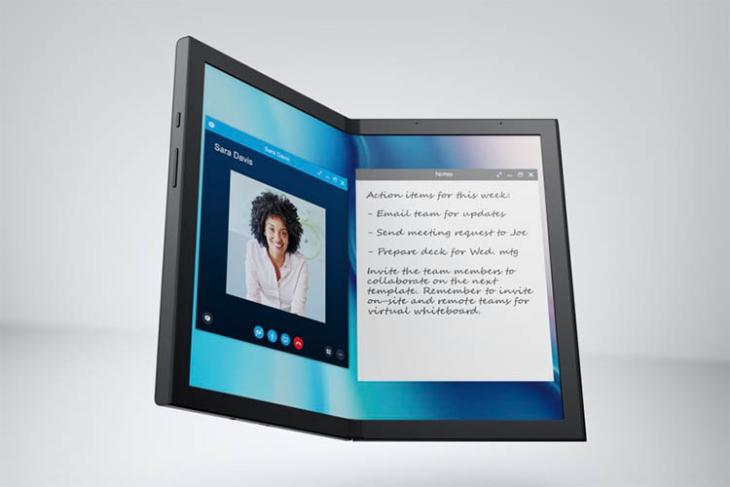 It looks like foldable laptops are everywhere at CES 2020. Intel unveiled its foldable Windows concept laptop, Lenovo announced a foldable ThinkPad X1, and now Dell has come out with the Concept Ori and the Concept Duet.

To be completely fair, Dell’s concept laptops aren’t just about foldable Windows laptops. True, the Concept Ori is a folding Windows laptop, but the Concept Duet is a dual screen Windows laptop instead, similar to the Surface Neo that Microsoft showed off at its Surface Event last year.

The Concept Ori is a foldable laptop that brings a 13.3-inch screen that can be folded to make the laptop easier to carry around. Plus, with the folding design, there are more ways to use the laptop.

The screen can be used as one big 13 inch screen, or you can put two windows, one on each screen, for easy document comparisons, or when you need to view multiple items at the same time on your laptop.

The Concept Duet, as I mentioned before, is more of a take on the Surface Neo. It comes with two individual displays separated by the hinge of the laptop. Dell showed off a bunch of use-cases for this concept as well. You can obviously do the things you’d do on the Ori — comparing documents, editing images and more, but Dell reportedly also showed off an eBook app where each screen displayed one page each of the book, making the experience feel more like reading an actual book. 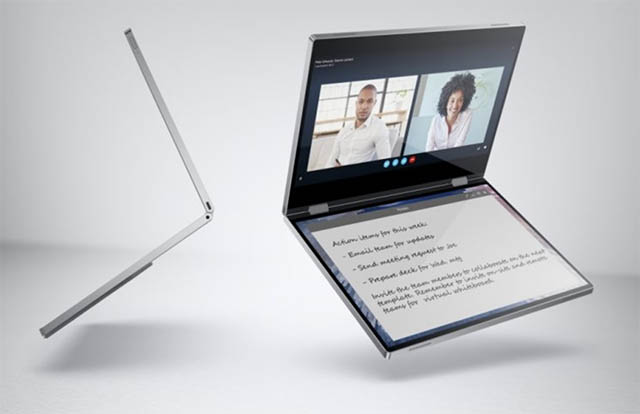 Since these are concepts, there’s no reason to believe they might be made available publicly, but with Windows 10 X on the horizon for dual-screen Windows laptops, it won’t be very surprising if Dell was to release the Concept Duet once Windows 10 X is out, but let’s not hold our breath.