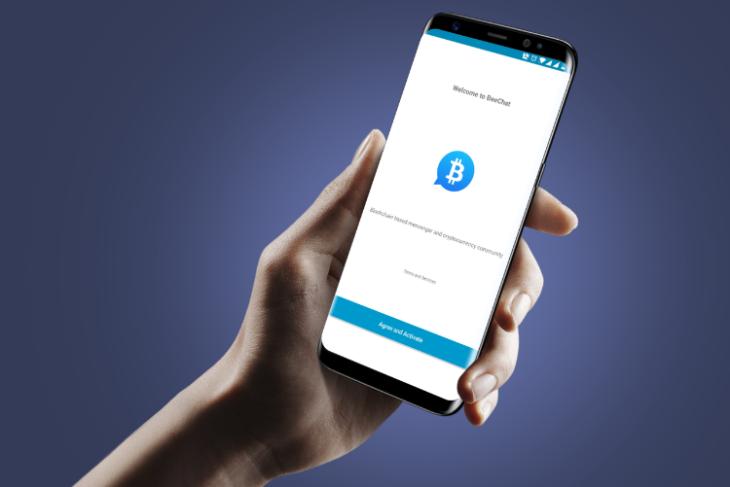 A few days back word broke out about popular messaging app Telegram might be looking to open its own blockchain platform and cryptocurrency tokens.

Well, it seems that Telegram is not the first company to think of that as there’s already a chat service which uses blockchain platform to provide secure messaging service and also has a built-in wallet using which users can buy and sell and transfer cryptocurrencies to each other. The service which goes by the name of BeeChat was launched back in October last year now boasts of over a million users, according to a press statement.

The only difference between BeeChat and Telegram’s upcoming blockchain based technology is that instead of launching its own currency, BeeChat allows its users to trade with the already existing popular cryptocurrencies including Bitcoin, Ethereum, and more. The app is currently available in 8 languages but in our testing, most of the plugins and social menus were in Chinese so we would have to guess that a bulk of its users are from China. 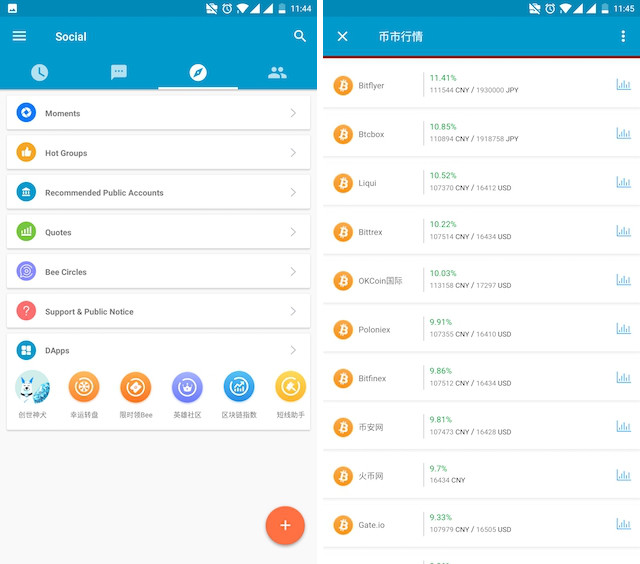 That might be the reason why the app is not listed on Apple’s App Store and only has 100 downloads on the Play Store. Most of BeeChat users seem to use third-party store or download the APK files available on its website to install the app. Still, the hassle of installing the app via third-party sources has not stopped the growth of the app as it currently has become the most active digital currency and cryptocurrency community in Asia.

According to BeeChat website, the app was created to facilitate information and transaction exchange between people who are looking to discuss and exchange cryptocurrencies. So the community is a big part of the BeeChat’s mission as the app not only wants to give users a place to trade their cryptocurrencies but also a forum for discussion on the blockchain technology and how it is going to shape our future.

For me, the language barrier proved too big a problem to use this app for discussions on BeeChat Forums. That said, the app worked fine as a messaging application. If someone is looking for a blockchain based secure messaging platform, BeeChat might be the answer for them, that is until Telegram releases its own blockchain based app, which as of publishing this article is still not 100% confirmed.