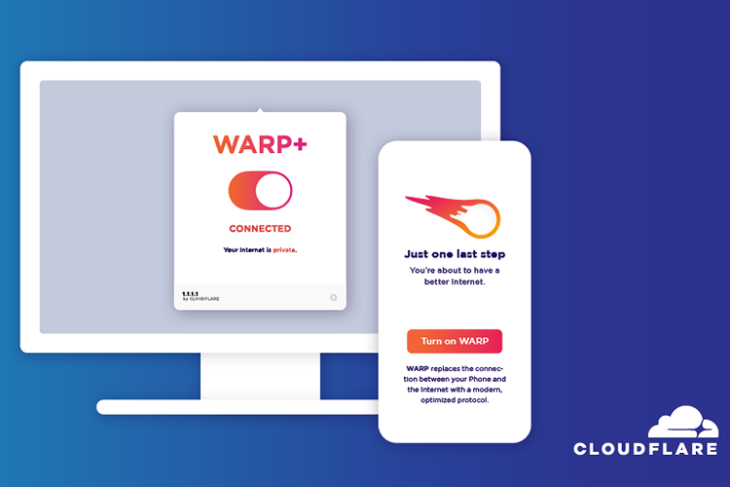 Exactly a year after launching its WARP VPN client on Android and iOS, Cloudflare has announced the rollout of the WARP beta for macOS and Windows. The new desktop clients use the same Wireguard protocol to secure Internet connections and keep users safe from being spied on by the ISP or any third-party. Also, just like WARP on mobile, the basic service will be free on macOS and Windows.

Do note that the desktop client is not yet available for download, but the company says that it will happen sooner rather than later. According to an Matthew Prince, the company’s CEO, “While we announced the beta of 1.1.1.1 with WARP on April 1, 2019 it took us until late September before we were able to open it up to general availability. We don’t expect the wait for macOS and Windows WARP to be nearly as long”.

One of the premier content delivery networks (CDNs) in the world, Cloudflare also provides the whole gamut of cloud-based solutions for website owners and network administrators. The list includes distributed DNS service, free DDoS Protection, reverse proxies, automatic caching and SSL offloading. The company added consumer DNS service to that list in 2018 with the launch of the 1.1.1.1 resolver on Android and iOS.

Cloudflare announced its WARP VPN service last year as an option within the 1.1.1.1 app on iOS and Android to secure internet connections. The company claims to have garnered ‘millions of users’ for the service already, but can expect its usage to increase significantly in the coming months with its availability on Windows and Mac. Prince also said that the company plans to release a WARP client for Linux in the future, but there’s no ETA for that just yet.