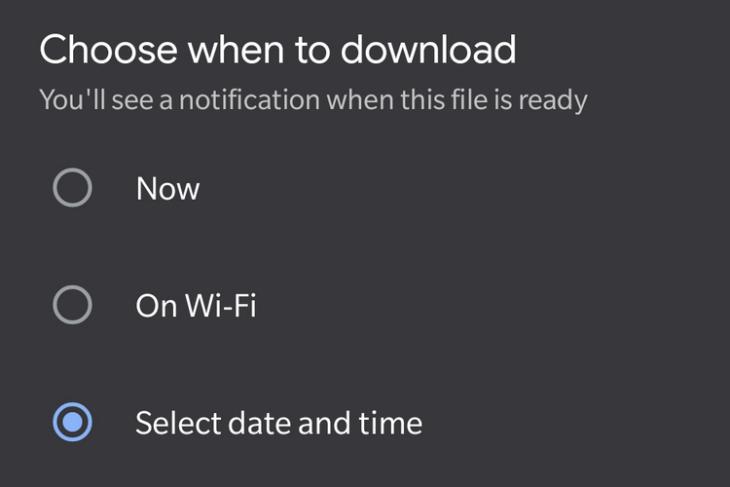 The ability to schedule downloads is one of the most appreciated features of download managers. Well, in an attempt to make downloads more versatile, Google Chrome is gaining a download scheduler on Android.

Reported first by Techdows, Google is calling the feature “Download later”. As the name hints, you will be able to pick a date and time to download your files. This way, you will not have to install a dedicated download manager on your device for scheduling downloads.

In its current state, Download Later exists behind a Chrome flag in the latest Canary version of Google Chrome. You can start using the feature by enabling “Enable download later” and “Show download later dialog on WiFi” flags. After you enable, restart the browser.

Once you try downloading a file after the feature is enabled, you will be asked if you are interested in scheduling the download. A date and time picker will now popup that you may use to schedule accordingly.

As you can see in the image below, the feature works as intended, at least on Chrome Canary version 86.0.4207.0. Do keep in mind that you should enable both of the flags for the feature’s UI to appear. 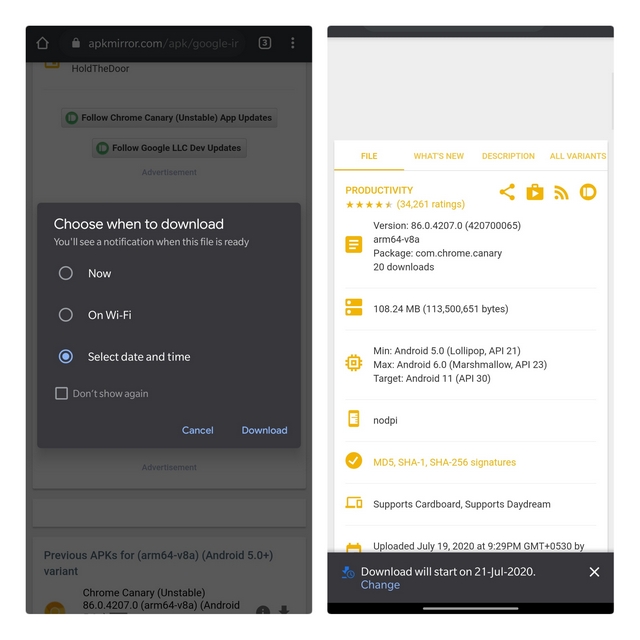 For now, we can’t be sure if ‘Download later’ will eventually get incorporated into the stable version of Chrome on Android. If it does, it would help general users who are not willing to download a dedicated download manager just for the sake of scheduling downloads.