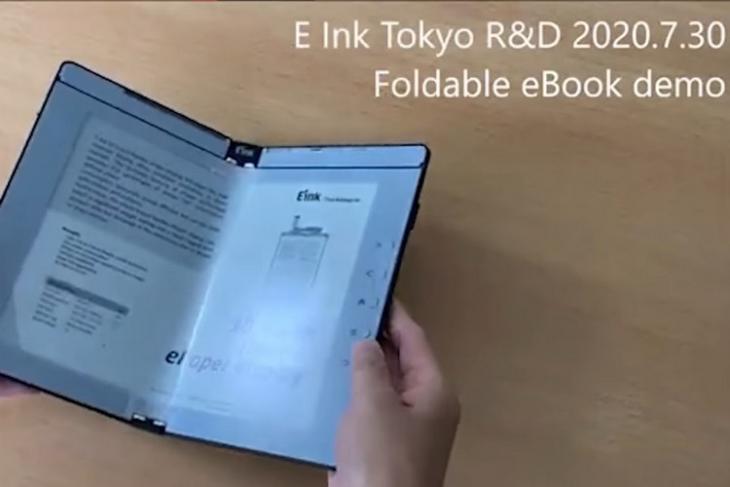 Since the “foldable display” trend started in the smartphone industry, we have seen an array of devices with foldable displays and various designs. We have seen companies like Samsung, Motorola, Huawei come up with their iteration of foldable smartphones and now rumor has it Google is also joining the team. However, the idea of a foldable e-reader has not been explored, until now.

The first prototype of the device was reportedly just a model and did not even have a housing. However, this new version actually has a housing along with 5 functional buttons, a new and much more efficient hinge design, and an almost functional foldable display.

The device also has two “light bars” inside the fold. These are to light up up the screen in dark environments as the company could not add LEDs inside the bezel due to “logistical difficulties”. 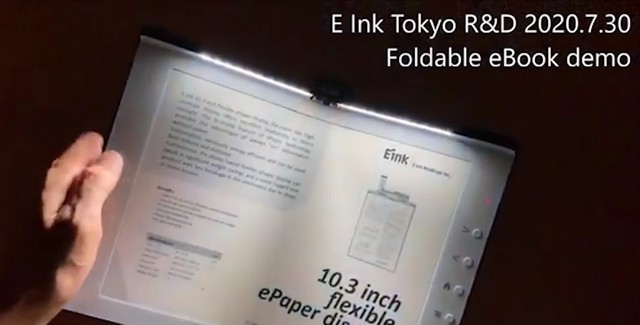 Now, coming to the features of the device, users can use this foldable e-reader as a kindle-like device to read and can also use a stylus to take notes. The 10.3-inch display provides a spacious screen real estate for note-taking. When not in use, the tablet-sized device folds up to become a compact device, much like any other foldable device.

Now, personally speaking, although the idea of a foldable e-reader is quite fascinating, there are a lot of developments that need to be done in the field.

Looking at the prototype device, the first thing I notice is that the bezels are a bit uneven, and the UI is pretty clunky too at the moment. Also, for e-readers with note-taking capabilities, there is the problem of low latency which gets more complex with foldable displays.

However, looks like the team at E Ink is working hard and has made pretty good progress in just two months. And with each passing day, I am sure they will be working hard to eradicate the existing constraints and improve the device further.

You can check out GoodEReader’s video below to see how the first prototype actually looks like in hands and how it works.

So, what do you people think about the idea of a foldable e-reader? Let us know down in the comments.