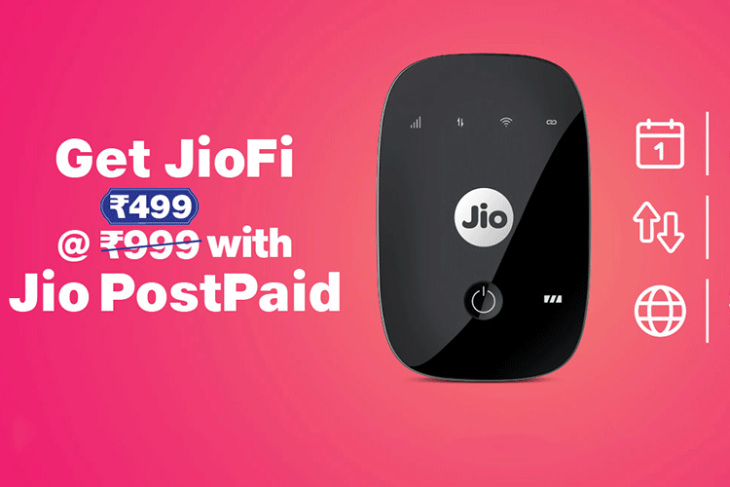 Reliance Jio has announced a cashback of Rs. 500 to customers buying the JioFi LTE router, bringing its effective price down to just Rs 499. The device was originally launched at Rs. 1,999, but its price has since been reduced by half, and is currently available for purchase for Rs. 999. The offer went live earlier today, but the company is yet to announce how long it will last.

One thing to note here is that the cashback offer will only be available on postpaid connections, which means the vast majority of Jio users will be left out of its purview. To get the cashback, subscribers will have to buy a new postpaid plan worth a minimum of Rs. 199 along with the router, and pay their bills 12 months in a row. The cashback will then be added to the customer’s postpaid account as credit, and can be adjusted against future bills. 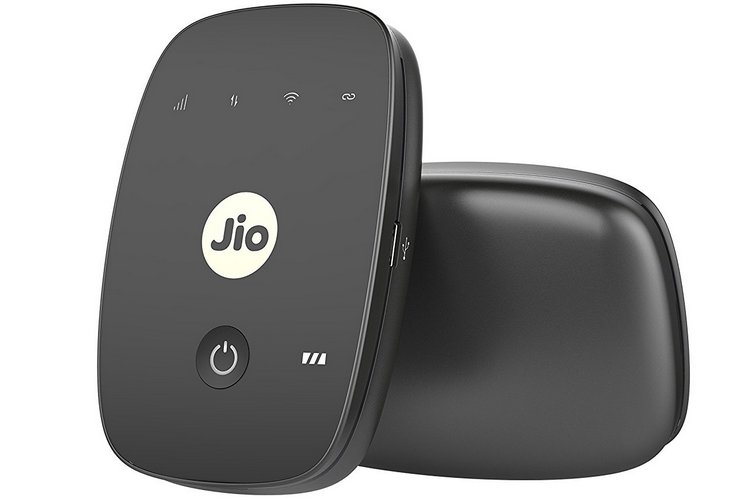 The company’s recently-announced postpaid plans start at Rs. 199 (plus taxes) per month, and offers 25GB of LTE data and free unlimited voice calls and texts. The plans also offer international calls starting at just 50p per minute to the US and Canada, and Rs. 2 per minute to Bangladesh, China, the UK and a number of other countries. The maximum ISD rate charged by Jio is Rs. 6 for calls to Israel, Nigeria, Saudi Arabia, South Korea, Spain, Sweden, UAE etc.

Additionally, Reliance Jio also introduced three other international roaming plans worth Rs. 575, Rs. 2,875 and Rs. 5,751. All the plans offer unlimited local calls in overseas locations as well as calls to India, but differ in terms of their validity periods. While the cheapest plan of the lot comes with a 1-day validity, the other two offer higher validity periods of 7 days and 30 days, respectively.

Top 4 JioFi Alternatives You Can Use Today

JioFi JMR815 Review: A Great Portable Router for All Your Traveling Needs