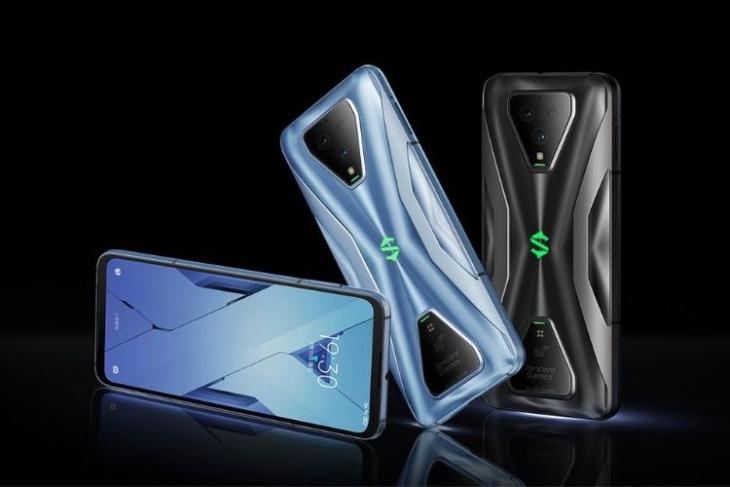 The design of the Black Shark 3S is the same as its predecessor. You can see the same triangular triple camera array and magnetic charger pins on the rear. It comes in two new colorways, namely Skyfall Black and Crystal Blue. 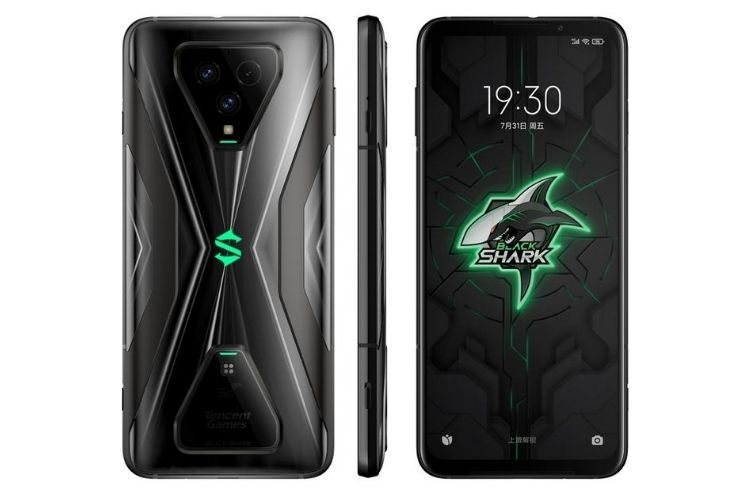 You have minimal bezels both at the top and bottom, with the former housing a 20MP selfie camera that will also come in handy for live streaming. There’s also an in-display fingerprint sensor on board as well.

Under the hood, the Black Shark 3S is still powered by the Snapdragon 865 chipset instead of the overclocked 865+ chipset. We expected this to be one of the major new upgrades but it doesn’t seem to be the case here. The chipset is coupled with 12GB of LPDDR5 RAM and up to 512GB UFS 3.1 storage (a minor upgrade over UFS 3.0 type storage aboard its predecessor).

The presence of the Snapdragon 865 does mean that the Black Shark 3S supports 5G connectivity. You will also find a liquid cooling system onboard but the company has introduced new software optimizations, including upgrades to its own Game Engine. It has also partnered with Tencent to introduce Tencent SolarCore aboard the device to offer an improved gaming experience.

The triple camera system remains unchanged and so does the battery and fast-charging features. You get a 64MP+13MP+5MP rear camera setup and a 4,720mAh battery with 65W fast-charging support.

The company also announced a bunch of new accessories for the Black Shark 3S. This includes the CN¥79 snap-on shoulder buttons, CN¥238 Gamepad, and CN¥29 finger sleeves. This phone will take on the Lenovo Legion Phone Duel and ROG Phone 3 in the gaming phone niche.