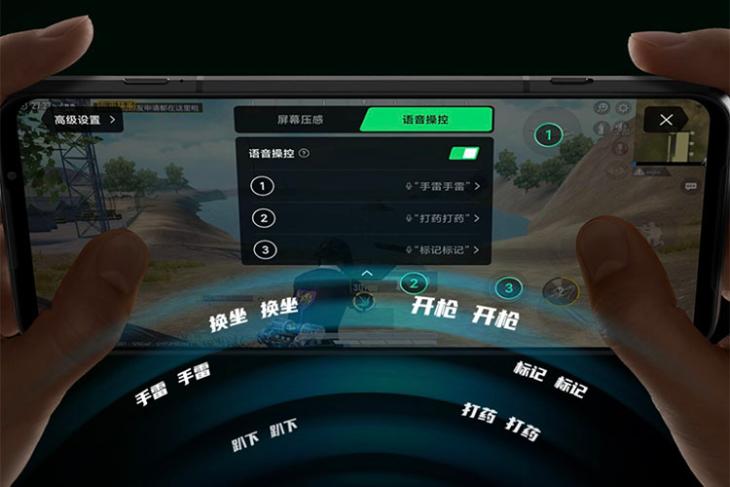 The next gaming phone from Black Shark — Black Shark 3 — is launching tomorrow, and the teasers are coming non-stop. After revealing that the upcoming gaming smartphone will come with magnetic charging, and mechanical triggers, and revealing the AnTuTu score of the phone, we now have another teaser from the company.

The poster showcases the feature in action in the popular Chinese game “King’s Glory” and states that players will be able to use commands to enable actions such as throwing projectiles and more.

Black Shark’s Weibo post also states that the feature will be made available for other popular games, which should hopefully include games like PUBG Mobile and Call of Duty: Mobile, but until the company offers a confirmation on which games will support the feature, we suggest you take this information with a pinch of salt.

Personally, the feature definitely seems interesting to me, especially considering that it can make it easier for players to perform some functions in the game without having to use buttons, thereby improving their gameplay. However, there’s also the other side of the coin to consider here, since players without Black Shark 3 phones will be at an obvious disadvantage when playing against people who are using this Voice Control feature in their game.

All that said, the Black Shark 3 is launching tomorrow, where we will get to learn all about the phone and its gaming-centric features, so stay tuned for more updates.