Compiling a list of best video players for any platform isn’t an easy feat, mainly because most of the time, they’re a highly subjective choice. You see, the primary differentiator between video players is usually the kind of codecs and file types they support, but beyond that, almost all players give a feature set that is sufficient for a vast majority of users. Hence, it becomes really difficult to single out the best based on just looks or features that you probably won’t ever find a need for.

With Windows, it’s easier to identify the best video players, because you have choices like Media Player Classic, VLC. KMP etc. With Mac, the list is considerably different. Granted, you have VLC on Mac, but the major players from Microsoft’s ecosystem don’t really exist in OS X otherwise. So here, we take a look at the best video players specifically for Mac OS X, and rank them in the order that we feel they deserve your attention. 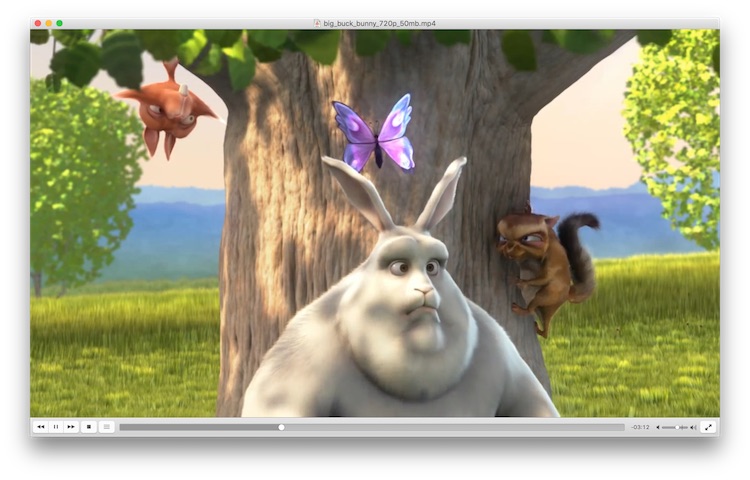 It’s hard to place the immensely popular and cross-platform VLC Media Player at any spot other than first. This insanely powerful media player is all that you’ll ever need, be it a power user scenario or just someone who wants to watch videos. You’d be hard pressed to find a video codec or format that VLC can’t handle, and the number of customization and enhancement options that it presents is overwhelming. VLC also doubles as not just a media player, but a capable cataloguing and library management tool as well as a decent screen recorder. You also get very decent Trackpad gesture support, which becomes a godsend if you don’t use a mouse all the time. Top this all off with the active development that VLC has become accustomed to over the years, and you’ve got your number one contender at your hands without any cost.

The only downsides that you might face with VLC are the relatively outdated interface compared to some other video players on our list, and its lack of battery friendliness. Compared to some other players, VLC can seriously drain your Macbook’s battery, so be advised. Still, the good certainly outweighs the cons, so you have to give VLC a try if you’re looking for a capable video player. 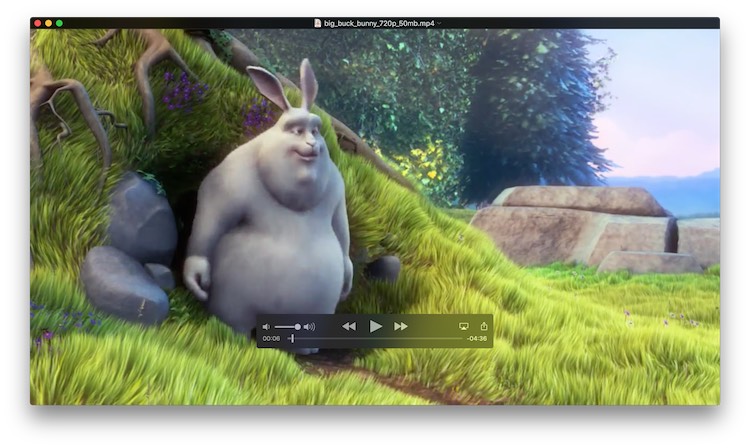 QuickTime Player is native to OS X, and it has seriously grown over the years. However, recommending it for the second spot on our list was quite difficult, but we went with it in the end just because QuickTime is the most battery optimized video player that you’ll find for OS X (which is true for almost all native Apple software on a Mac). What really limits QuickTime as a solid contender is its lack of format support, especially for MKV files. Besides that, QuickTime is a very capable video player on OS X for the common formats that it supports, and it works the best for .MOV files, which is Apple’s native recording format for its line of iDevices. QuickTime, too, doubles as a movie, audio and screen recorder, and gives one of the best results in this area. QuickTime is also one of those few video players that come with AirPlay support, something which even the mighty VLC lacks. And since you don’t have to go through the hassle of downloading and installing it, it’s worth staying at number 2 in our list.

QuickTime is native to OS X and doesn’t require a download link. 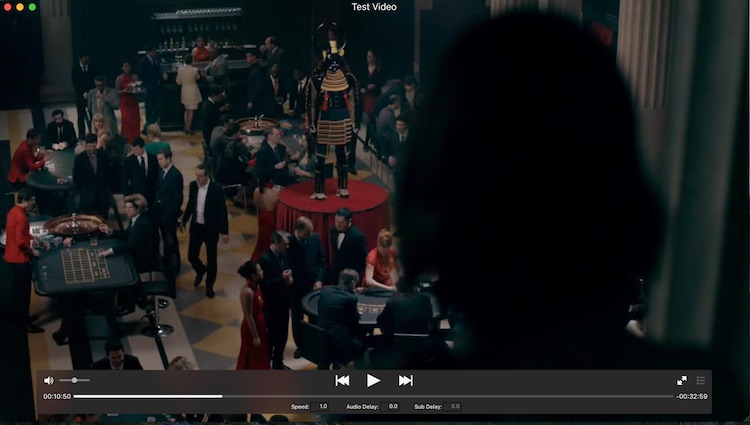 First, be advised that there are several variants of MPlayer, all of which utilise the same engine, and the one we’re specifically reviewing here is the MPlayerX. MPlayerX is all you can ask from a media player, and then some. For instance, it can playback pretty much anything that you throw at it without hiccup, and has gesture support, can auto-encode subtitles, supports online playback from the likes of YouTube and Vimeo, can automatically play next episodes if you’re watching a TV show assuming the naming is sequenced, can connect to home theatres for better audio experience, and even supports controlling through an Apple Remote. And it’s absolutely gorgeous, eliminating the letter boxing automatically and operating in a borderless design. Then, why, you may ask, is it at number three?

Because MPlayerX has one major drawback that eclipses so much good: advertisements. I mean, this software is full for adware. The first time I fired it up, the adware was immediately detected as malware by my antivirus, but don’t be alarmed. As long as you opt out of adware during the installation process, you should be good. Frankly, the adware problem is just a nuisance that you can easily get rid of, but the fact that MPlayerX tries to push it down unsuspecting users, is a con enough for me to make it number 3 in our list. 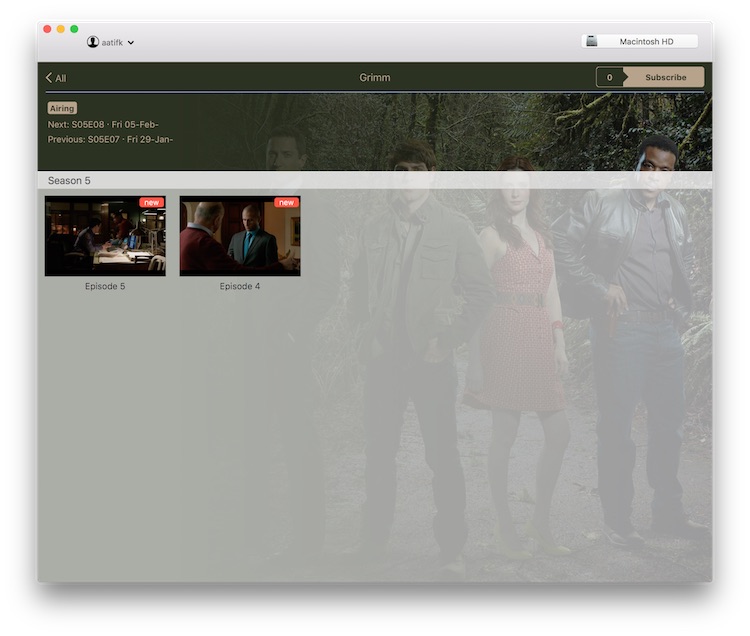 Watch This is a really new entrant to the video player scene that has quickly risen to being one of my personal favorites. Watch This comes from the maker of the popular Mac app Subtitles, and focuses especially on those who watch movies and TV shows. The most unique feature of Watch This is how it tracks movies and TV shows. You can add a directory for watching to the program, from where it will automatically organise available TV shows and movies, pulling their artwork from the web and keeping track of episodes that you have, those that you have watched, and others that might have been released. The player even allows you to subscribe to TV shows that you’re watching, so you’ll always get a notification when a new episode has been released, making it infinitely useful for people who watch a lot of TV shows and find it hard to keep track of episodes.

In terms of video playback, I have yet to find a format that Watch This cannot handle, so it covers you there as well. However, there’s one major drawback (if you want to consider it that) is that Watch This costs $15, which is unusual for a video player (it’s mostly a free genre). However, the way I see it, what you’re paying for is just the extra goodies that Watch This brings and others don’t. Bottomline is, if you’re an avid TV show and movie watcher, you won’t regret this $15 should you spend it. 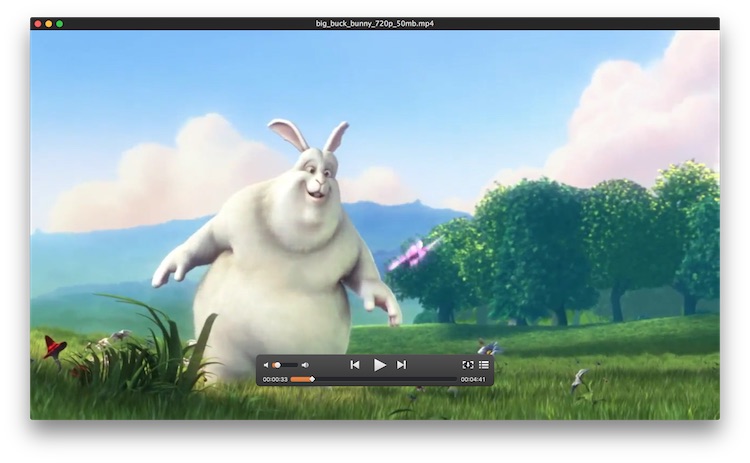 Elmedia Player is the only video player on our list that is sold through the Mac App Store, and comes in two flavors: the standard free version an another PRO version that is obtainable through in-app purchase. The free version is a pretty capable video player that can handle pretty much all formats that you will throw at it, including MKV, and supports HD playback with ease. Some of the unique features of Elmedia include the ability to play online videos from pretty much any location, floating playback window, and ability to edit subtitles within the player, which can be a godsend if you come across subtitles that are just barely out of sync. Elmedia also features a 10-band equalizer; something which is not very common for video players. You can perform some basic editing on the videos as well, including brightness and saturation adjustment, noise reduction etc, and change aspect ratio with the ability to rotate and flip the video. 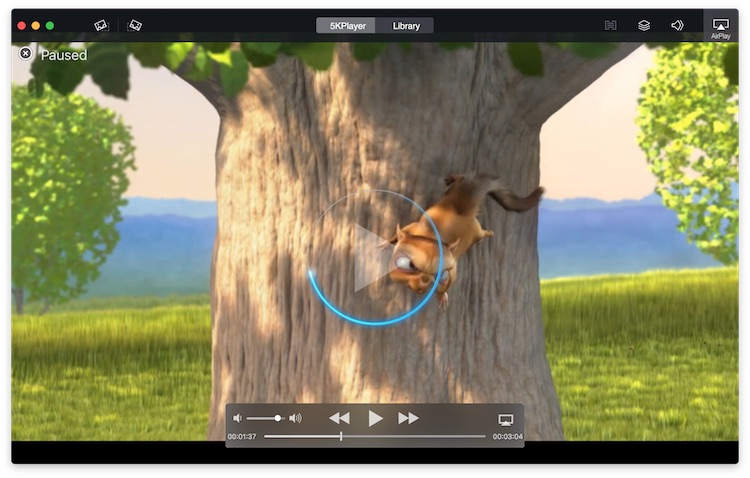 5KPlayer is a very powerful media player that has a major focus on online content, other than supporting a variety of video formats. As the name suggests, the biggest strength of 5KPlayer is rendering Ultra HD 4K and 5K video content, where it outshines pretty much all competition. Other unique features include the ability to play and download videos directly from online video sites, including YouTube, Vevo, Dailymotion etc. There is support for a variety of online radio stations, including BBC, Heart, Planet Rock etc. Audio downloads from Soundcloud are also included. 5KPlayer is also one of those unique players that come with AirPlay support, which not only allows you to play content from your Mac to an AirPlay-compatible system, but also stream content from your iPhone, iPod touch or iPad directly to your Mac. 5KPlayer is a worthy video player that you should try out for yourself before making a decision. 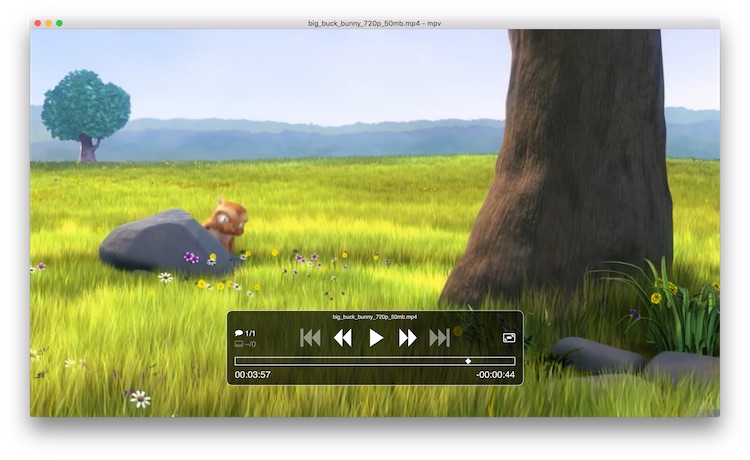 MPV is basically a fork of the popular MPlayer, with a focus on more streamlined CLI options for better performance. This is the video player without GUI, which means MPV itself doesn’t have an interface but comes with on-screen controls that invoke upon mouse movement. MPV also uses the OpenGL rendering engine and GPU decoding for a decidedly better output, at the expense of features and functions that you usually expect from video players. What is most unique about MPV is that it’s embeddable, which means you don’t have to use it as an installable video player, but rather on your website or in other programs and apps as well. MPV is also cross-platform, so you’re not restricted to just OS X, either.

What really is limiting about MPV is the lack of features. The flip side is that MPV is extremely lightweight and can be embedded as and where you like, so it’s a tradeoff worth having. 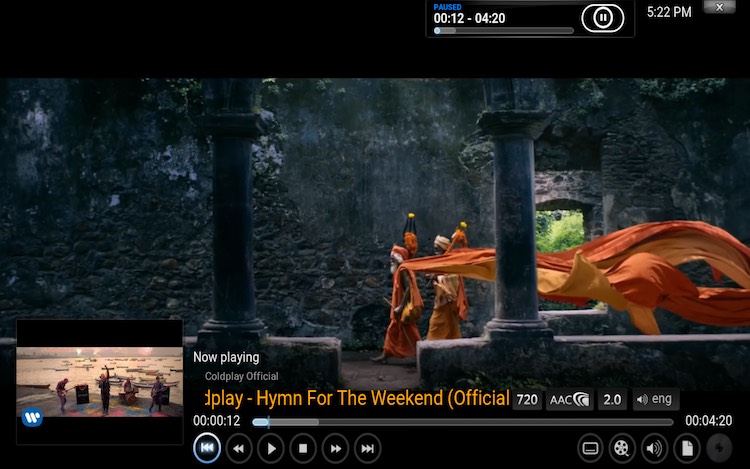 No collection of video players can ever be complete without Kodi. If you find this strange, perhaps you’ll recognise Kodi better by its former name, XBMC – the ultimate media centre. Kodi continues that legacy with a much improved interface and a plethora of options that merit an article in itself. Kodi’s main strength is its media organisation capabilities, but it can also play anything that you throw at it. What makes it infinitely more powerful is support for extensions, which allow you to add a number of sources and plugins to the main program, and can dramatically enhance and increase Kodi’s capabilities. It has support for online playback and all sorts of subtitles, and so much more. There really is no way to capture all about Kodi in a paragraph; you have to test it out yourself first.

Kodi is also available for all common desktop and mobile platforms, making it the most cross-platform option on our list and rivalling VLC in diversity.

So, that’s it for our top picks of video players for Mac. Do you have suggestions or feedback? Leave us a comment. 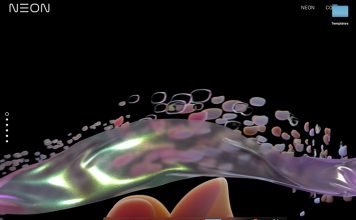 Are you someone who changes wallpaper often? If yes, this Mac app named Plash is something that you should not certainly miss out on. Plash...
Subin B - Jan 12, 2020 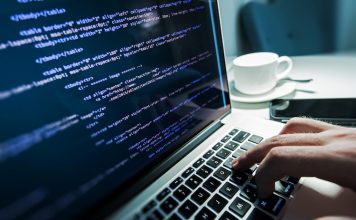 Whether you’re a seasoned programmer, or a beginner trying to code your first piece of software, a good text editor is one of the...
Rachit Agarwal - Aug 3, 2019 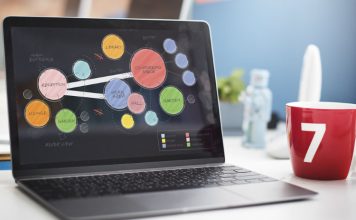 12 Best Mind Mapping Apps for Mac to Organize Your Ideas

We have covered a lot of essential apps available for Mac. However, most of them deal with the execution of an already developed idea. But,...
Rachit Agarwal - Jul 19, 2019

You know what blows? Having a cluttered desktop that constantly makes you feel like you're drowning in a sea, nay, an ocean of files,...
Akshay Gangwar - Jul 14, 2019