The Galaxy S8 has taken the internet by storm ever since it was officially announced by Samsung. Thanks to the futuristic design, especially the bezel-less screen, even Apple fans are ready to make the switch to Android for this one. Samsung has made it clear that they’re coming back strong after the Note 7 debacle last year. However, the phone is not perfect and has its fair share of downsides, like the lack of a bigger battery, dual cameras and lower RAM. Plus, Samsung’s TouchWiz skin, now known as the Samsung Experience UI, is known to get laggy after a while. So, if you’re worried about these shortcomings on the S8 and you don’t want to pay north of 800 dollars for a flagship, but you’re still looking to purchase a flagship smartphone this year, you need to definitely take a look at these 8 best Galaxy S8 Alternatives you can buy:

Well, no surprises here. The LG G6 announced at the MWC 2017 is the best smartphone ever from LG. With an edge-to-edge rounded display and a screen to body ratio of approximately 78.6%, the LG flagship directly takes on S8. While it lacks the curved display of the S8, it has its similarities, like the display has a 18:9 ratio, just like the Galaxy S8. However, unlike the Galaxy S8 which has a single 12 MP camera, the LG G6 packs dual 13 MP cameras made by Sony. One of them is a standard camera which shoots at 71-degrees, while the other one is a super wide angle lens, which shoots at 125-degrees. 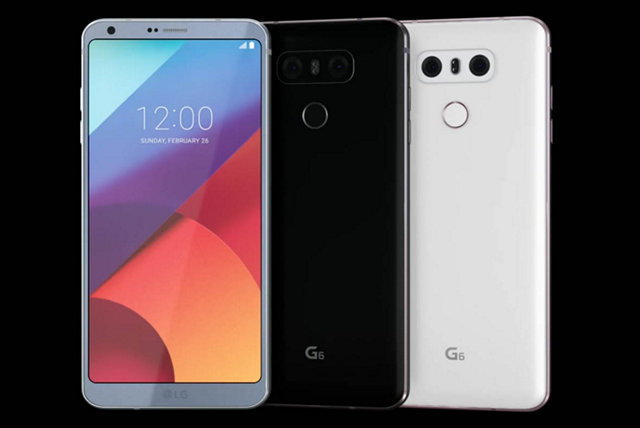 The LG G6 packs a slightly bigger battery at 3300 mAh, but lacks the Snapdragon 835, which powers the Galaxy S8. Instead, LG has opted to use last year’s flagship-grade Snapdragon 821 processor, which might be a deal breaker for some.

If you want the best possible stock Android experience on a smartphone, the Google Pixel is the phone you should definitely take a look at. Plus, with every Google phone comes faster updates, which you can’t expect on the Galaxy S8. There’s no doubt regarding the fact that Pixel will be one of the first devices to receive the upcoming Android O update. The user interface is quite sleek and almost flawless in terms of the performance as opposed to the Samsung Experience UI, which is widely considered as a travesty due to its slow performance, despite having powerful hardware. Along with the great Android experience, Google Pixel is a pretty great Android smartphone. The Pixel is powered by the Snapdragon 821 processor, with 4 GB of RAM and it performs amazingly well. 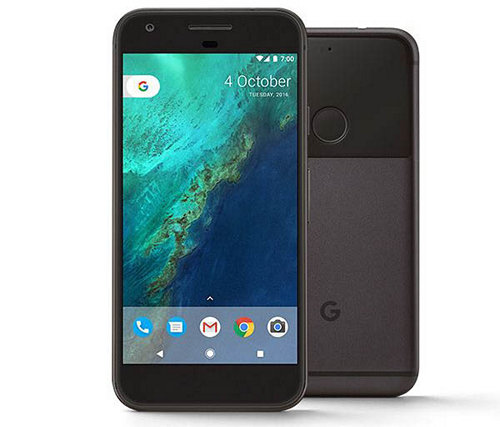 It also suits better for people who prefer a more compact smartphone. The Pixel’s 12.3 MP camera performs exceptionally well too, and can be considered equally good as the one on the Galaxy S8, because both the devices are using the same dual pixel technology. While Pixel lacks the gorgeous design and the edge-to-edge display of the S8, it is a decent alternative at a lower price.

If you are looking for a Galaxy S8 alternative, that packs in a great camera, offers flawless performance and gets updates regularly, you can take a look at the Apple iPhone 7 Plus. The iPhone 7 Plus might feature a 3-year old design but it still looks elegant and while it has huge bezels, when compared to the Galaxy S8, it still gives the Samsung flagship a run for its money with its performance and camera quality. One of the biggest features of the iPhone 7 Plus is the dual cameras it packs, which the Galaxy S8 lacks. One of them is a wide-angle lens, whereas the other one is a 2X Telephoto lens, offering double the focal length. It also features a 3D Touch display, which the Galaxy S8 lacks, except for its pressure sensitive on-screen home button. 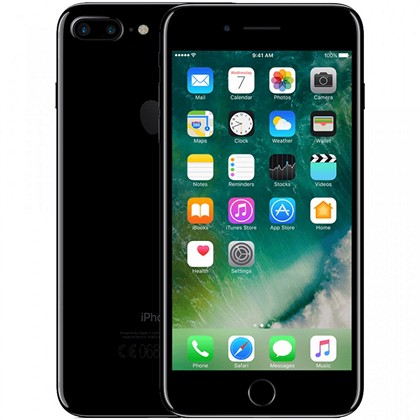 Plus, with every iPhone, you get continuous software updates from Apple for at least 3 to 4 years, which you cannot expect from a Samsung flagship. Powered by the Apple A10 Fusion chip, the iPhone 7 Plus has shown its prowess in the benchmarks by edging out the Snapdragon 835 which powers the Galaxy S8. So, when it comes to performance the A10 Fusion is a beast. So, if you prefer the latest and greatest from Apple, what are you waiting for? Go get it!

Xiaomi started the bezel-less trend last year with the Mi Mix and if you are someone who wants cutting edge technology on your smartphone, the Mi Mix is for you. It boasts of a 91.3% screen-to-body ratio claimed by Xiaomi, which is higher than the 83.6% on the Galaxy S8. This makes the Mi Mix pack a bigger 6.4 inch display in a smaller body, although it’s still larger than the Galaxy S8. It packs 6 GB RAM which is considerably more than the 4 GB RAM offered by the S8. The camera is 16 MP which should let you take higher resolution stills than the Galaxy S8’s 12 MP camera, but as we all know, megapixels don’t really matter. 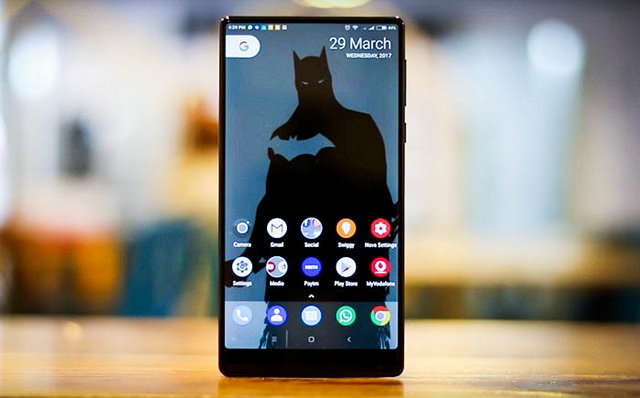 The Xiaomi Mi Mix packs a much bigger battery at 4400 mAh compared to the 3000 mAh offered by Samsung, so you’ll be getting much better battery life on this one. We have spent quite some time with the Mi Mix and you can check out our detailed review on the device to know how it fares. You won’t be able to buy the Mi Mix easily, but if you desperately want this beautiful device, you can get one from our friends at GearBest.

Well, what could be a better alternative to the Galaxy S8 than their very own Galaxy S7 Edge, right? The Galaxy S7 Edge is now a tempting deal for many, especially after the price cuts it has received over the last few months. The device currently is available for as low as $520. You’re not losing much on the performance side of things either, as it packs the same 4 GB RAM offered by the Galaxy S8 and the Snapdragon 820 processor is still quite capable. You will probably get better battery life on the S7 Edge because of the bigger 3600 mAh battery it packs. 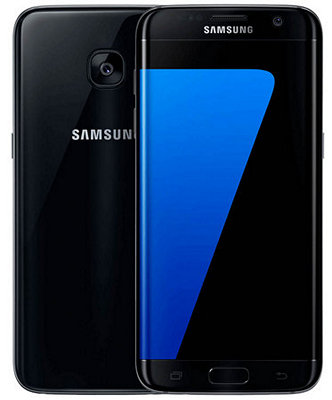 The Galaxy S7 Edge also features the same 12 MP f/1.7 rear camera found on the Galaxy S8, so expect similar quality in your photos. While it lacks the almost bezel-less design of the S8, it brings the curved edge display. So, if you’re on a budget and still want a high-end Samsung device, get the S7 Edge at the blink of an eye.

The OnePlus 3T is one of the most popular smartphones on the market today and deservedly so. Claimed as a the flagship killer, the OnePlus 3T is an all around great smartphone. It might not have the fancy bezel-less design of the S8, but it still looks pretty good, thanks to its metal design. Plus, it edges out the Galaxy S8 in terms of battery life, thanks to its bigger 3400 mAh battery. Then, there’s 6 GB RAM and the 16 MP cameras on both the front and rear, making it the obvious choice for higher resolution stills and selfies. 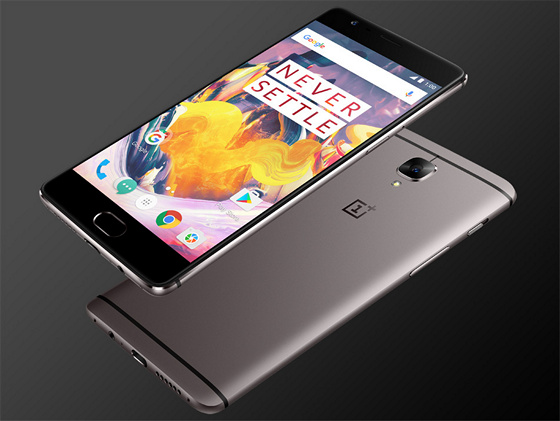 Other than that, the OnePlus smartphone comes with Oxygen OS, which is a customized build of Android with only useful changes and a stock Android look. Plus, the company makes sure to promptly update the device with the latest updates. Overall, the OnePlus 3T is a great choice if you want a flagship-grade smartphone at almost half the price of the S8.

Xiaomi recently announced the brand new Mi 6, which is another high-end smartphone from the company at an affordable price. The device may not sound or look as exciting as the Galaxy S8 or even Xiaomi’s own Mi Mix, due to the lack of a bezel-less display. In fact, the Mi 6 looks more similar to OnePlus 3T in terms of looks. However, under the hood it packs some serious power. The Mi 6 is powered by the same Snapdragon 835 processor that the Galaxy S8 uses, coupled with 6 gigs of RAM. With a 3350 mAh battery, you can expect better battery life out of the Mi 6 than the S8. 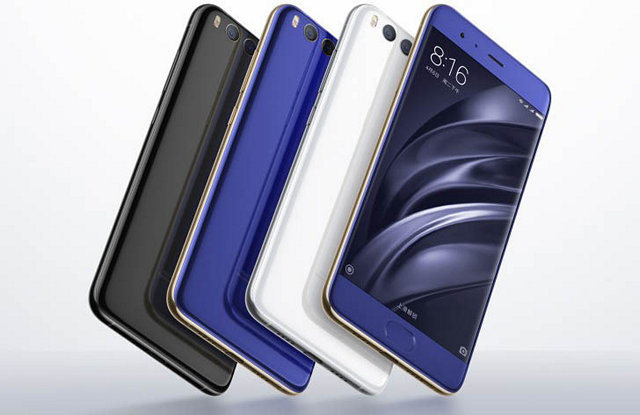 The Mi 6 also features dual 12 MP cameras on the rear, something which the Galaxy S8 just doesn’t have. All of these features for a price that will definitely make your jaws drop. It’s going to be available soon in 64 GB and 128 GB variants for a price of $350 and $400 respectively. If that doesn’t impress you, I have no idea what will.

Sony announced their flagship for 2017 back at the Mobile World Congress in February, but it’s not going to hit the stores until June. That’s a long wait for the Sony faithful, but it’s going to be powered by the latest hardware like the same Snapdragon 835 that powers the Galaxy S8 and 4 GB RAM. Other than the hardware, the Xperia XZ Premium boasts of an impressive 19 MP rear camera, which lets you shoot super slow motion videos at 960 frames per second. The secondary front facing camera is also better at 13 MP. 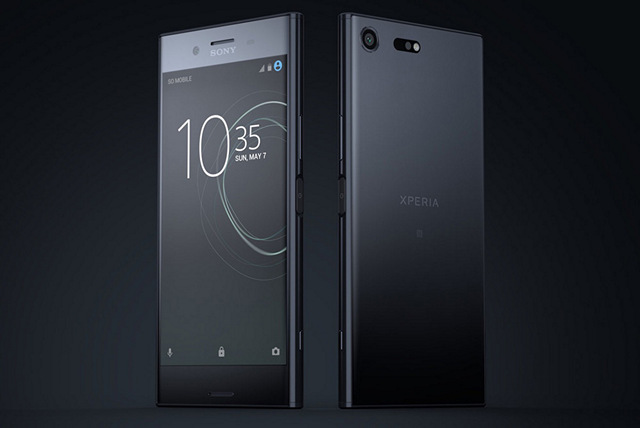 This flagship might not have the impressive screen-to-body ratio like the S8, but what makes it stand out is the fact that it has a gorgeous 4K display. How much that display will impact the battery life, is something that only time will tell. Sony has been mum on the pricing so far, but considering the Xperia XZs is currently available for $699, expect no less than $799 for the Xperia XZ Premium.

The Best Galaxy S8 Alternatives You Can Buy

The Galaxy S8 is one of the best Android smartphones you can buy this year and there’s no doubt about that. Nevertheless, if you’re kind of worried about its downsides, you might want to look elsewhere. All of the aforementioned phones are impressive and unique in their own way. From power-packed flagship killers to bezel-less beauties, we’ve seen everything. However, there are some great flagships upcoming, like the Pixel 2, the Note 8 and the iPhone 8 (or iPhone Edition or iPhone X or whatever they plan on calling it). Don’t worry, we will keep updating this list to make sure you know about the best Galaxy S8 alternatives.

So, are you looking forward to buy a new flagship smartphone? Which Galaxy S8 alternative are you going to buy? Do let us know all about it in the comments section below.