The Raspberry Pi has become almost synonymous with single-board computers today. The $35 computer has amassed enthusiasts around the globe to make some really cool Raspberry Pi projects. While the Raspberry Pi 3 should be well-suited for most of us, some of us may want a more powerful Raspberry Pi alternative. The ever-growing popularity of Raspberry Pi makes sure that it hogs the limelight, so much so that people aren’t even aware that there are some great Raspberry Pi 3 alternatives available in the market today. So, if you are someone who has been looking for an alternative to Raspberry Pi 3, we have you covered.

It has inbuilt support for WiFI and Bluetooth 4.2, supports microSD storage, and has 4 USB 2.0 ports. Now that you are familiar with the specs of the Raspberry Pi 3, here are the 10 best Raspberry Pi 3 alternatives you can buy.

Raspberry Pi 4 has been released and it’s going to solve all the performance woes you had with Raspberry Pi 3. The Raspberry Pi 4 is not just an incremental upgrade but brings a whole new powerful processor, more RAM, and a multitude of ports.

Talking about the specs, Raspberry Pi 4 is packed with a quad-core Broadcom SoC clocked at 1.5 GHz, but this time it has Cortex A72 cores which are known for great performance and energy efficiency.

Also, now you get an option for 1GB, 2GB, and 4GB of DDR4 RAM. That’s amazing, right? Wait, it’s not over, now RPi 4 can output two 4K monitors at once without breaking any sweat. 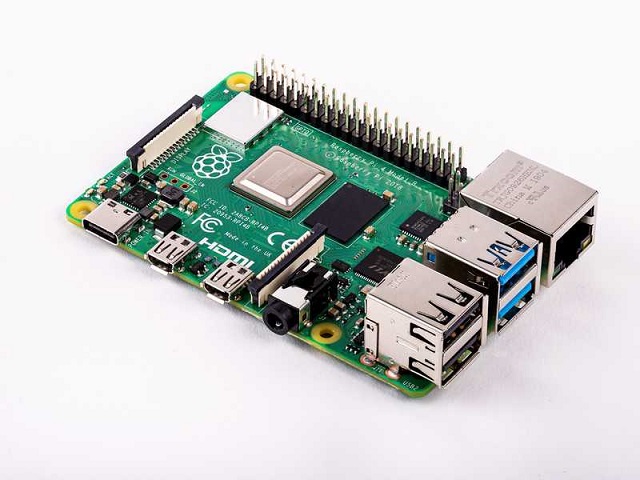 Now talking about the external ports, you have two USB 3.0 and two USB 2.0 ports. Apart from that, you have the usual Ethernet port, two micro HDMI ports, and a type C port for power supply. For communications, there is WiFi 802.11b/g/n/ac with support for both 2.4GHz and 5GHz band.

Another surprise addition is that now you have the latest Bluetooth 5.0. That’s a long list of awesome hardware packed into this tiny shell. But wait, RPi 4 costs almost the same as RPi 3 and starts around $40. So without any hesitation, go ahead and buy Raspberry Pi 4. And if you are looking for a Rasberry Pi 4 alternative that is more powerful and versatile then go through our detailed list.

Orange Pi 4B is a powerful single board open-source computer that comes with a Rockchip RK3399 6-core ARM 64-bit processor and Mali T864 GPU. The GPU brings support for OpenGL ES 3.1 and older versions. On the connectivity side of things, it can connect to the Internet via RJ45 ethernet cable and wireless LAN. 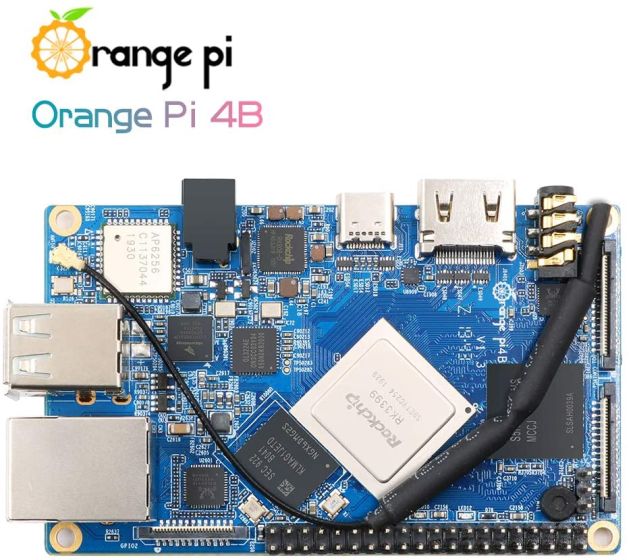 The Orange Pi 4B packs 4 GB of LPDDR4 RAM, and 16 GB of internal storage which is significantly better than RPi 3. Also, it supports 4K videos while the Pi 3 supports only full-HD videos. In terms of connectivity too, the Orange Pi 4B features onboard WiFi and Bluetooth.

ODROID-N2+ is the latest offering from the Korean company, Hardkernel. Launched in 2018, it comes with an Amlogic quad-core ARM Cortex-A73 CPU CPU clocked @ 1.8GHz, Mali G52 GPU, and 2/4GB of DDR4 RAM.

It supports microSD card expansion, has 2 USB 3.0 ports, 1 USB 2.0 port, an IR receiver, and an HDMI port for audio out. Just like Raspberry Pi 3, it can run Android and various Linux distros. 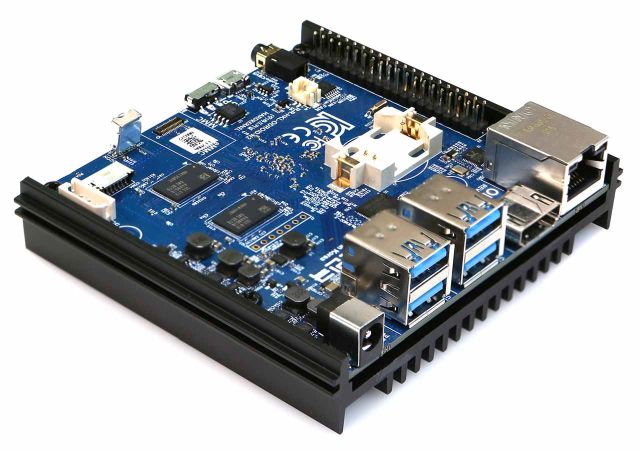 The ODROID-N2+ comes with a quad-core ARM Cortex-A73 processor which means the extra clock speed and RAM will comfortably blow away the Raspberry Pi 3, as far as specifications are concerned.

Another advantage of ODROID-N2+ is that it supports 4K at 60FPS videos whereas the Pi 3 supports only 1080p videos. However, the ODROID-N2+ doesn’t come with onboard WiFi, Bluetooth, and 3.5mm jack, so the Raspberry Pi 3 gets extra points on the connectivity front.

Started from a Kickstarter crowdfunding in 2015, Pine has raised over $1.4 million for the first version of their single-board computer. The Pine ROCKPro64 comes in a single variant with 4GB of LPDRR4 RAM and a slot for eMMC storage.

It has an integrated display with support for HDMI and also houses a Gigabit Ethernet port. Currently, you can run Android, Ubuntu, and Debian on Pine ROCKPro64. 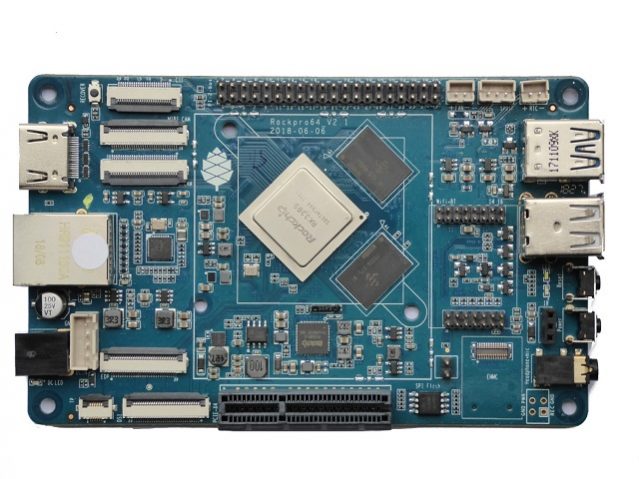 It also includes 4K video support while the Pi only does 1080p. The Pine ROCKPro64 also takes over in connectivity front with 4 USB ports including 2 USB 2.0 ports, 1 USB 3.0 port, and a Type C port.

There are also expansion ports for Bluetooth and WiFi which can be purchased separately from its official website. Overall, Pine ROCKPro64 packs a punch for the price offered and is a viable if not better alternative to the Raspberry Pi 3.

NanoPi M4 is another 64-bit single-board computer from the good folks over at FriendlyARM. It houses the Rockchip RK3399 quad-core (Cortex-A53) CPU clocked at 1.5GHz, coupled with a Mali-T864 GPU and up to 4GB of RAM.

The board comes with onboard WiFi and Bluetooth connectivity but doesn’t have any internal storage. It, however, does feature a microSD card slot for expandable storage. 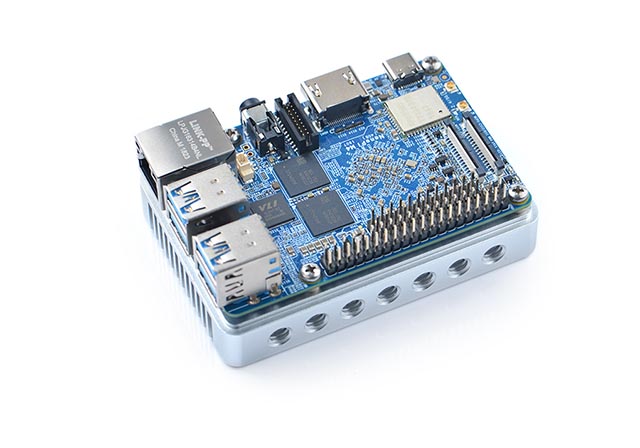 The board support video output of up to 4K@60Hz, which goes a long way in making it a better choice over the Raspberry Pi 3. The board supports Android, Debian, and various other Linux distros.

Asus Tinker Board S quite similar to Raspberry Pi 3 and offers some great specifications for the price. On the hardware side of things, it is equipped with a quad-core Rockchip RK3288 SoC clocked at 1.8 GHz, Mali-T764 GPU, 2GB of DDR3 RAM, 4 USB 2.0 ports, GPIO connectivity, and an HDMI port.

The Tinker Board S comes with a custom OS named TinkerboardOS, which is based on Debian. The headline feature is the support for 4K video playback for videos encoded with H.264 or H.265. It also supports WiFi and Bluetooth 4.

It consumes a little more power than Pi, but that shouldn’t be much of a problem because it’s very marginal. The Tinker Board S is also HDMI CEC hardware ready and comes with an additional 2-pin power-on header, along with support for low voltage input detection.

The only drawback of this product is the lack of a manufacture supported community. This makes it hard for users to get support from other users. For a product that is made for tinkering and exploring, the lack of a real community is a bit hard to swallow.

Besides that, it has four USB 2.0 ports and one Type C port. Further, the M4 is equipped with WiFi and Bluetooth 4.2. On the multimedia front, the M4 is housed with a 3.5mm jack and an HDMI port which are great additions. And the best part is that it can also play 4K and 1080p content. 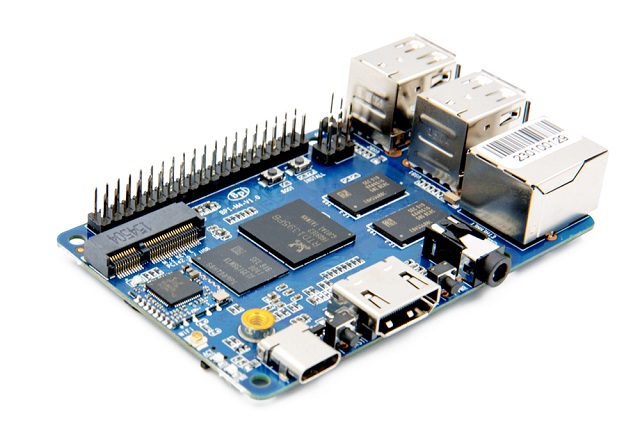 It also comes with an 8GB of inbuilt storage, whereas Pi 3 doesn’t come with any onboard storage. With its cheap price, it is one of the best alternatives to Raspberry Pi 3 on the market right now.

Libre is another open-source company that is pretty transparent about its hardware and software programs. And for this very reason, it is a suitable alternative to Raspberry Pi 3. Given its open-source stand, Libre enjoys community support in varying degrees which is very comparable to Raspberry Pi Foundation.

Coming to specs, it features a Quad-core 64-bit 1.4GHz ARM Cortex-A53 processor along with Mali-450 GPU. The best part is that it can also render 4K content at 60FPS without breaking a sweat. 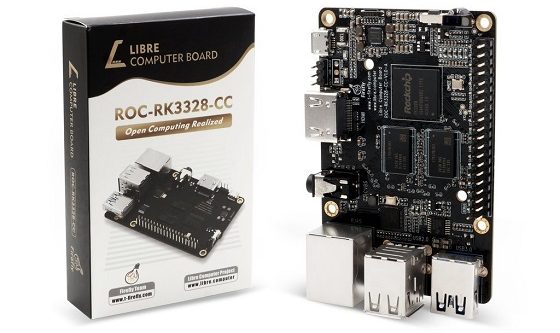 Besides that, you get 4GB of DDR4 RAM, but without any onboard storage. The Libre board is equipped with several ports including superfast Gigabit Ethernet, USB 3.0, eMMC module, HDMI, and lots of GPIO slots. To sum up, Libre Renegade is an excellent choice for tinkering with Linux and Android systems and you can definitely give it a try.

Buy from Amazon: Starts at $40

If you need a low-powered machine to run Linux distros or cloud IDEs then BeagleBone is a great pick. The single-board computer comes with AM335x 1GHz ARM® Cortex-A8 processor with a dedicated 3D graphics accelerator. 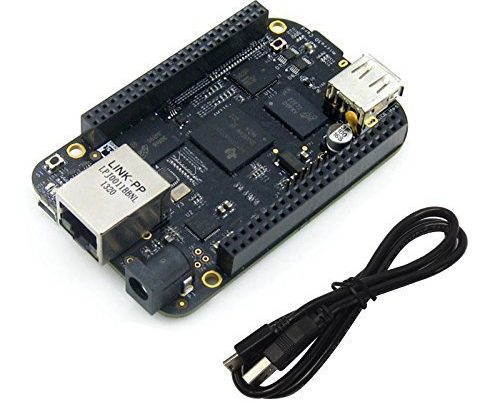 You also get onboard storage of 4GB and 512MB of DDR3 RAM. While there is no WiFi or Bluetooth connectivity, it has USB connectors for enabling radio communication. You can simply attach a WiFi or Bluetooth adapter and you can use radio services without any problem.

Apart from that, you get a few ports including Ethernet, HDMI, USB 2.0 and more. Simply put, if you want a low-configuration single-board computer similar to Raspberry Pi 3 then you can give BeagleBone a shot.

Now if you’re looking for a great Raspberry Pi 3 alternative that can run Windows 10, then you should consider getting the LattePanda – a compact board that packs in Intel Z8350 CPU clocked at 1.92GHz, coupled with 2GB of LPDDR3 RAM and 32GB eMMC storage. 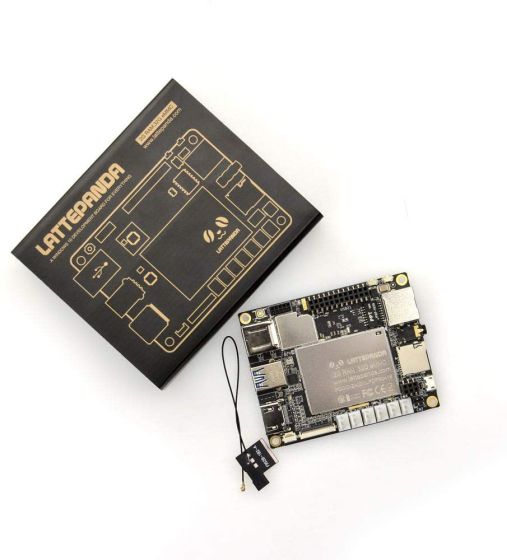 The board is also equipped with Intel HD graphics (200-500Mhz) and features all the connectivity options you’ll need, including WiFi, Bluetooth 4, and Gigabit Ethernet.

In terms of I/O, LattePanda features three USB 3.0 Type-A ports, one USB 3.0 Type-C port, and an HDMI port. In case you don’t wish to run Windows 10 on the system, the board also gives you the option to run Ubuntu.

Q. What is Similar to Raspberry Pi?

There is a range of single-board computers similar to Raspberry Pi. Some of the notable ones are Orange Pi, RockPro64, Asus Tinkerboard and more. You can go through our list to find more Raspberry Pi alternatives.

Q. What is Better than a Raspberry Pi 3?

While Raspberry Pi 3 was surely one of the best single-board computers during its time, but it has become outdated now. You can either get the latest Raspberry Pi 4 or from other manufacturers such as Orange Pi or RockPro. These boards are certainly better than RPi3.

Q. How Can I Make My Raspberry Pi More Powerful?

The latest Raspberry Pi 4 is amply powerful, so all you have to do is manage it better to get the best performance out of it. For instance, get a solid Raspberry Pi 4 case so you can cool down the CPU. Also, make sure to use a better power supply and install a lightweight OS. Finally, you should use a high-speed memory card for improved performance.

For all good reasons, Raspberry Pi is still the best single-board computer that you can buy right now. However, there are some other mini-boards too which are pretty capable and offer good performance in a compact form-factor.

Try One of These Raspberry Pi 3 Alternatives

Every year a different company releases a potential “Raspberry Pi killer”, but the Raspberry Pi still manages to dominate the market because of a single reason — community support. Most of the alternatives offer better hardware specifications for a similar price, but the million-dollar question remains: Is it compelling enough to make you switch?  Well, if there is any Raspberry Pi 3 killer it’s on this list. So let us know which is your favorite Raspberry Pi 3 alternative by writing in the comments section below.

How to Install Kodi on Raspberry Pi 3 (Guide)