In a bid to get as close to a full-screen display as possible, Apple adopted the infamous notch on the iPhone X which housed the front facing camera and Face ID sensors. Taking note from Apple’s design choice, a number of Android manufacturers also jumped on the notch bandwagon, adding notches of different shapes and sizes to their devices in order to get a nearly bezel-less display. Not being a huge fan of the notch, I was glad to see some Android manufacturers come out with creative solutions to house the front facing camera, earpiece and sensors to achieve a completely bezel-less display. The race to achieve a completely bezel-less display introduced a new breed of smartphones with pop-up cameras and brought back the slider design of yesteryear. Here, we’ll be taking a look at the best phones with pop-up cameras and sliders that were released in 2018:

Smartphones with Pop-up Cameras and Sliders

Lets kick off the list with the smartphone that is, in part, responsible for making pop-up cameras a trend, the Vivo NEX. A flagship device from Chinese smartphone manufacturer Vivo, the Vivo NEX took the bezel-less concept to a whole new level by ditching the notch for a pop-up mechanism that housed the front facing camera. The pop-up camera module on the Vivo NEX has been designed to pop-up on its own as soon as you switch to the front facing camera and it hides back inside the top edge of the device when the front camera is closed.

Since there isn’t any room for the front facing sensors on the pop-up module, Vivo neatly tucked them within the minimal top bezel, while adopting a piezo-electric sound system to replace the earpiece. For the price, the Vivo NEX brought a number of innovative features to the market, making it a compelling option for those who were looking for a flagship device with a bezel-less display and no notch. It even housed an in-display fingerprint sensor, a technology that has now become a bit more mainstream with the launch of the OnePlus 6T.

In a bid to one-up Vivo’s pop-up camera module on the Vivo NEX, Chinese smartphone giant Oppo launched the Oppo Find X – a smartphone in which both the front and rear camera modules are revealed by a motorized pop-up mechanism. Thanks to the mechanism, the smartphone features an almost bezel-less design with a sleek curved glass build, with all its sensors hidden on the slide-out tray. Unlike the Vivo NEX, the Oppo Find X also features a facial recognition feature for face unlock capabilities which also triggers the motorized slider as soon as the device is turned on.

The Oppo Find X, however, doesn’t feature an in-display fingerprint scanner like the Vivo NEX. In fact, it doesn’t feature a fingerprint sensor at all, relying completely on its face unlock feature for biometric security. Since the Oppo Find X packs in a larger motorized section, it doesn’t feel as solid as the Vivo NEX, but the mechanism does look a bit more premium and well thought out. On top of that, the fact that the slider opens up every time you try to unlock the device raises some concern regarding the durability and longevity of the smartphone.

Compared to the Vivo NEX and the Oppo Find X, both of which rely on motorized pop-up designs, Xiaomi’s Mi Mix 3 resurrects the manual slider mechanism that was all the rage back in the day and does a great job of it. The smartphone’s slider mechanism neatly hides the front facing camera and sensors behind the large bezel-less display and it feels sturdier and more satisfying to use than the aforementioned smartphones. For the earpiece, the Mi Mix 3 has a very ingenious solution – a simple cutout that lets the sound pass through from the actual earpiece packed within the sliding mechanism. 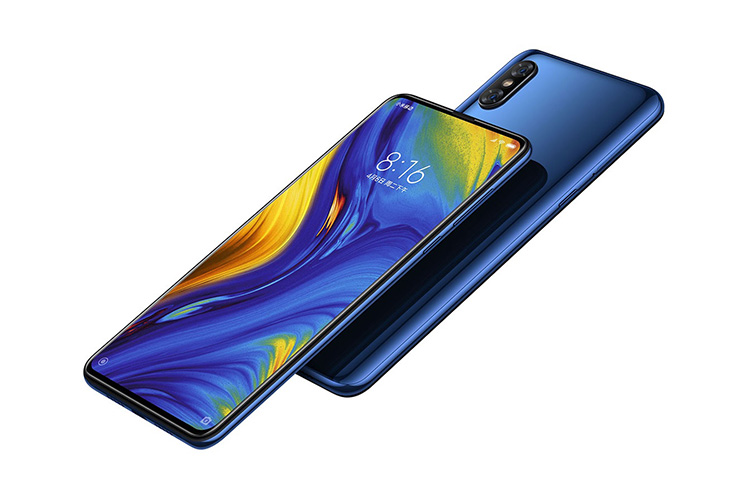 The device also doesn’t include an in-display fingerprint scanner, but thankfully retains a traditional capacitive fingerprint scanner which is placed on the back. Turning on the front-facing camera on the Mi Mix 3 is as simple as sliding the screen down which reveals the camera module and turns on the camera app. Being a fan of slider phones in the past, I personally like Xiaomi’s design a whole lot more than the Vivo NEX and the Oppo Find X.

Chinese smartphone manufacturer Huawei’s sub-brand Honor has also released a slider smartphone of its own – the Honor Magic 2 – which features a sliding mechanism much like that of the Xiaomi Mi Mix 3. Packing in flagship specifications, the Honor Magic 2 is also a great alternative if you’re in the market for a smartphone that is almost all screen up front and doesn’t have an ugly notch. 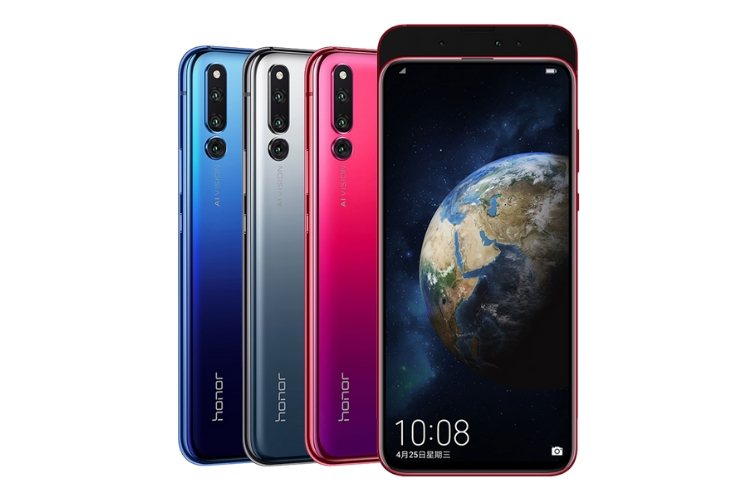 The old school slider mechanism on the Honor Magic 2 tucks an impressive triple camera setup behind the bezel-less display, along with the front facing sensors, the earpiece, and sensors for Honor’s 3D face recognition technology for faster and more secure face unlock capabilities. Much like the Mi Mix 3, the Magic 2 also has a cutout for the earpiece right above the display, but the device doesn’t automatically open up the front facing camera upon opening the slider.

The latest addition to the slider party, Lenovo’s Z5 Pro, is a bezel-less mid-ranger which aims to make the innovative sliding mechanism more accessible to a larger number of buyers. Much like the Mi Mix 3 and the Honor Magic 2, the Lenovo Z5 has a smooth sliding mechanism which hides the front facing camera and sensors behind the large display. The earpiece on the device is also located on the slider mechanism, with no visible cutout up front, so we can’t be sure if that will have an effect on the audio quality. 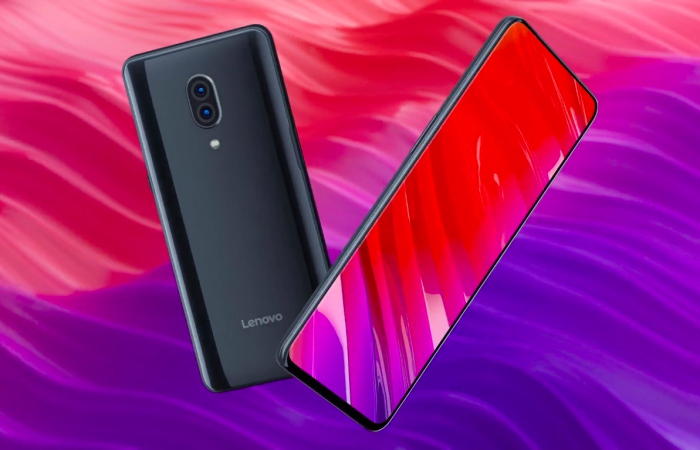 The device also packs in an in-display fingerprint scanner which, the company claims, can unlock the device in just 0.2 seconds, making it slightly faster than the fingerprint scanner on the OnePlus 6T which can unlock the device in 0.34 seconds. The Lenovo Z5, however, has a noticeable chin at the bottom of the display, something which isn’t found on wither the Honor Magic 2 or the Mi Mix 3, but considering the device’s price point, I believe that’s something most buyers would overlook.

Best Phones with Pop-up Cameras and Sliders in 2018

Well, that rounds up our list of the best phones with pop-up cameras and sliders that were released this year. Other than the aforementioned options, there are a couple of smartphone from relatively obscure Chinese brands that have also adopted a pop-up or slider design. The Elephone U2, Elephone U2 Pro, the Elephone PX and the Doogee Mix 4 (concept) are some notable options that you can take a look at, but don’t expect anything spectacular from these phones.

Have you had the chance to try out any of the aforementioned phones? Do you prefer the pop-up cameras or the sliding mechanism? Do you have any concerns regarding the durability of the moving parts? Share your thoughts in the comments section below.