Kodi is a popular software for organizing local media files and streaming online content. However, due to its popularity, users also want to have Kodi specific hardware devices. While the idea of a Kodi box is great, there are hardly any Kodi-specific hardware devices available right now. Nevertheless, there are a few ways which can bring the dream of Kodi box into reality. So in this article, I am going to share the 7 best Kodi boxes which you can buy in 2019. You can install Kodi on these devices easily and enjoy your content on a bigger screen without any issues. So without wasting any time, let us get started with the list

What is a Kodi Box?

In general, a Kodi box is a device which solely runs Kodi and nothing else. However, at present, there are no official Kodi hardware devices available in the market and the open-source company has shown no interest in making it. There are a few third-party Kodi boxes available on eBay and Craigslist but those are mostly slow and also illegal as they pack copyrighted content. Most of the Kodi boxes that we are going to discuss are actually Android TV boxes which support Kodi. You can easily install Kodi on any device mentioned below and enjoy streaming content.

Note: Keep in mind that there are a large number of cheap Chinese knock-offs available in the market that indeed work, but have a lot of issues. Some of them come “fully loaded” with illegal Kodi add-ons and I would request you to stay away from such Kodi boxes.

Things to Look for in a Kodi Box

Kodi’s minimum hardware requirements are pretty bare minimum like 1 GB of RAM. While you’re in the market for a Kodi box, make sure it has specifications well above these minimum requirements. While Kodi may still run on relatively under-powered hardware, it may not play 4K videos or support advanced Kodi features. A lot of people buy cheap Chinese knock-offs, only to be disappointed when it doesn’t work as expected later on. Most of the cheap Kodi boxes which you can find on eBay are under-powered and have almost zero after-sales support.

That’s why we suggest that you only buy Kodi boxes made by well-known companies which have a history of not only providing after sale support but also providing time software updates. That being said, let’s have a look at the 7 best Kodi boxes you can buy.

Amazon Fire TV Stick and Fire TV Stick 4K is the best way you can run Kodi on a bigger screen. It’s cheap, decently powerful and supports Kodi without any issues. Both the variants have 8 GB of internal storage and 2 GB of RAM. The 4K variant, as the name suggests, can also play 4K media content so you should definitely go for it. It has a much more powerful processor so you will be able to install heavy Kodi builds, tons of repositories and several add-ons. As the Fire TV is based on Android, the installation is quite easy. But do note that Amazon has recently blocked the installation of Kodi through shady channels. You can check our guide on how to install Kodi on Amazon Fire TV Stick in easy steps. Overall, both Amazon Fire TV Stick and Fire TV Stick 4K are the best Kodi boxes at genuine price and you are going to love it no matter whichever one you choose. 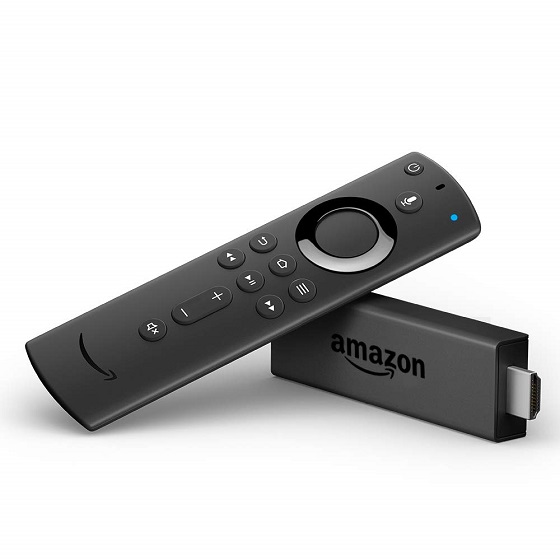 Nvidia Shield TV is the best Kodi box for power users and you can buy it without any hesitation. It is a digital media player which runs on Android TV OS. So naturally, it has access to thousands of Android apps including Kodi through the Google Play Store. You can install Kodi just by searching Kodi in the Play Store and installing it thereafter. Coming to performance, Nvidia Shield is one powerful device with support for 4K HDR streaming, Dolby Atmos and a lot more. If you are a heavy Kodi user who prefers installing enormous builds, add-ons and several repositories then Nvidia Shield TV is for you. It packs the best internals with top of the line GPU. To sum up, if you want to test the limits of Kodi, you should definitely go for Nvidia Shield TV. 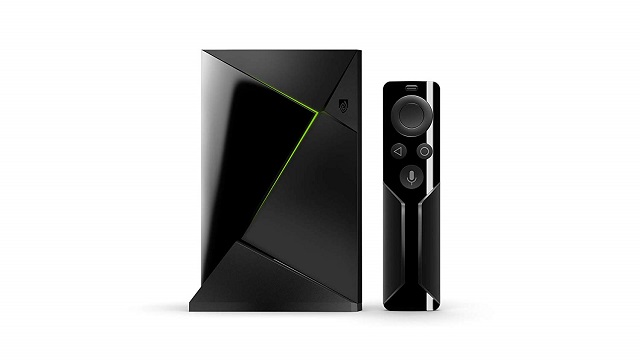 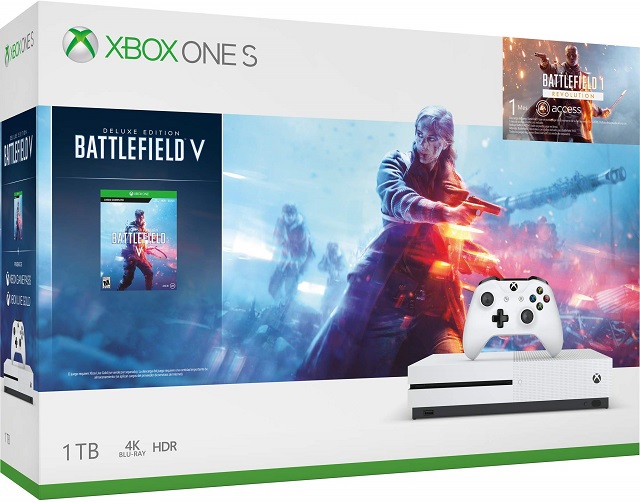 Amazon Fire TV Cube is a powerful Kodi box with stellar internals and top-notch performance. It’s a high-powered media player by Amazon to provide power users the best performance they can ask for. It supports 4K HDR streaming up to 60FPS, Dolby Atmos, Alexa skills, etc. You can run all sorts of Kodi add-ons, builds, repositories, skins and what not. The Amazon Fire TV Cube runs Fire OS which is based on Android. So you will be able to install Kodi on Fire TV Cube similar to Fire TV Stick. To conclude, if you want a more powerful Amazon Fire TV which can run Kodi without any lag or issues, then go for Amazon Fire TV Cube. It’s the top variant and you will simply enjoy running Kodi on this powerful device. 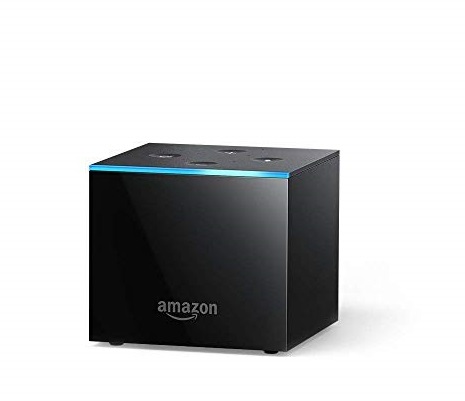 Mi Box S is the best Kodi box to buy if you are on a budget but don’t want to compromise on performance. It supports 4K HDR streaming, Dolby Audio, Google Assistant and a lot more. The Mi Box S is essentially an Android TV box so you can easily install Kodi through the Google Play Store. Besides, you can run all kinds of media formats on Kodi because of its powerful internals. On top of Kodi, you can run a number of add-ons, repositories and builds without any hiccups. Also, if you are into Google’s ecosystem then Mi Box S is a better alternative than Amazon Fire TV Stick and Fire TV Stick 4K. To sum up, if you want to stream HDR content on Kodi at a low price, then Mi Box S is a stellar product to buy. 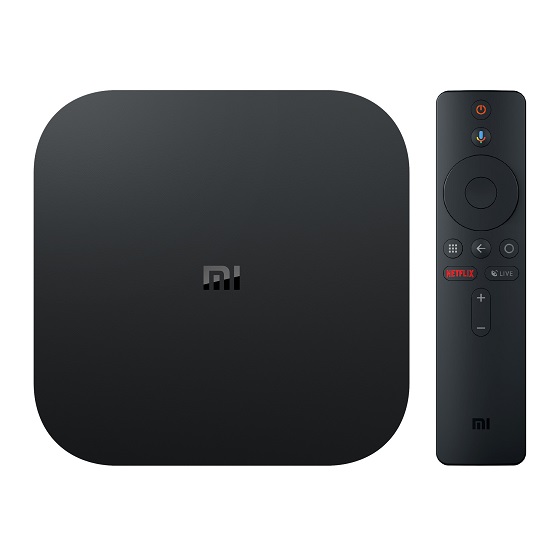 Asus Chromebox 3 is one of a kind device which can run Kodi fairly well. It’s actually a Chrome OS PC with a very small form-factor. You can install Kodi on Asus Chromebox 3 easily through the Google Play Store. This device does have support for Play Store so you will not have to run through hoops to install Kodi on it. In case you want to have a better idea about the installation then you can check our guide on how to install Kodi on Chromebooks. Talking about the specs, it has a fanless Celeron chip with 4 GB of RAM and 32 GB of SSD. So the performance should be decent enough for an average Kodi user. Overall, if you want to run Kodi and also have a small PC by the side then Asus Chromebox is a great option. You might like it given that Chrome OS is light and pretty fast. 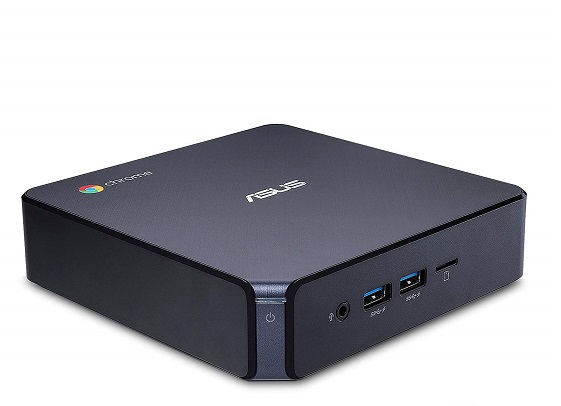 If you like to tweak and tinker with things then Raspberry Pi 3 can be a great Kodi box for you. Raspberry Pi is a one-board PC which basically means, it’s a small computer which can run almost any open-source OS. In this case, you can not only install Kodi but also run various add-ons, builds, and repositories on top of it and without any issues. The installation process is very easy and you can always follow our how to install Kodi on Raspberry Pi3 guide if you have any problem. The performance is quite acceptable as it uses the Broadcom ARM chips which are supposed to be fast and efficient. Also, if you are looking for the cheapest Kodi box, its rock-bottom price will surely lure you. So in a nutshell, if there is a nerd inside you, you can go ahead and buy Raspberry Pie 3 and install Kodi on it. There you have it, the best Kodi box, built by you. 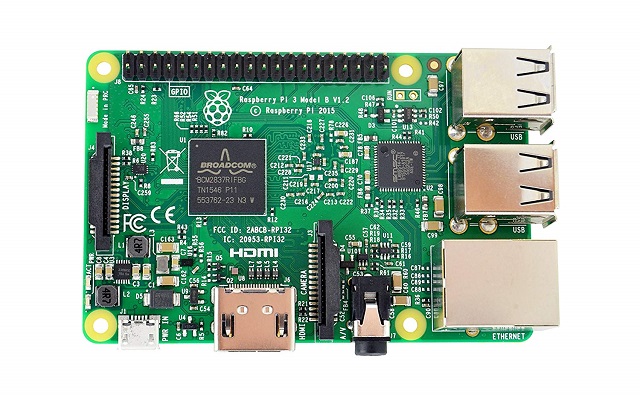 Entertainment at Fingertips with Best Kodi Boxes of 2019

So that was our list of the best Kodi boxes you can buy right now. Of all things considered, Amazon Fire TV Stick and Fire TV Stick 4K are the best picks for average Kodi users. However, if you are pro user, you should go for higher-end Kodi boxes like Nvidia Shield TV and Xbox One. I am pretty sure any of these devices will keep up to your expectations. Also, you can go for Raspberry Pi 3 if you like to tinker with things. So that’s all from our side. If you liked the article then do let us know in the comment section below.