Beebom
Home How To How to Install Kodi on Any Device

Kodi is a massively popular media application for organizing and maintaining local libraries of content. It’s available on almost all the major platforms including Windows, macOS, Android, iOS, Amazon Fire TV Stick, etc. Having such a wide platform availability, it has got a massive user base across various platforms and hardware devices. In addition, users can now stream endless list of content through third-party add-ons and repositories. In a nutshell, Kodi is now a complete package with a wide reach and enticing features. So if you are tempted with Kodi’s offering and want to try it out then you have come to the perfect place. In this article, we have brought the Kodi installation process for all major platforms in one place. So go ahead and learn how to install Kodi for your particular device.

Install Kodi on Any Device in 2020

In this section, we will go through all the platforms on which Kodi is available and show you how to install Kodi on your device easily. Along with that, we will also share some articles with detailed instructions in case you want to have a better idea about the installation process. Having said that, let’s start with Windows OS first.

How to Install Kodi on Windows

There are two ways to install Kodi on Windows and here we are going to share both the methods. You can choose either of the methods based on what you find convenient.

In case, your device is running Windows 7 or lower, you can download the offline installer from the Kodi’s official website. Just choose the architecture of your device and you can install it just like any other application.

If you are not sure which build to choose, then right click on “My Computer” and open “Properties”. Here, you will find the device architecture next to “System Type”. 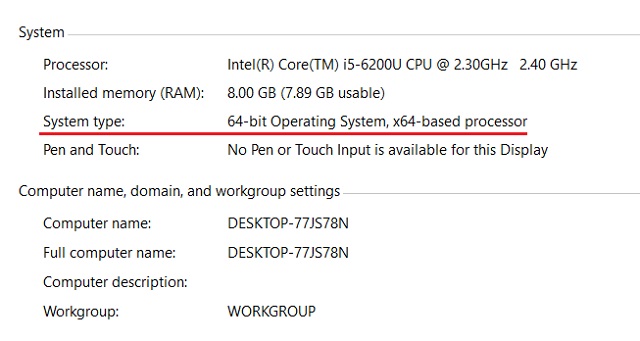 How to Install Kodi on Android

To install Kodi on Android, the process is fairly simple and straightforward. Just open the Google Play Store and search for “Kodi”. After that, tap on the “Install” button and there you have it. You can also find Kodi on Play Store through the link provided below. 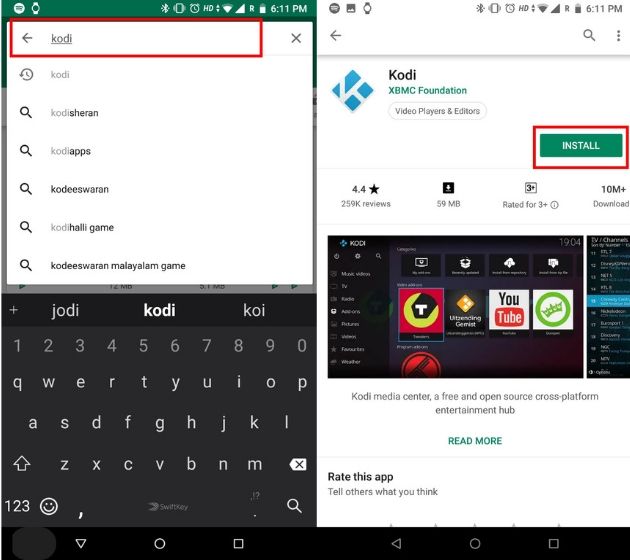 How to Install Kodi on macOS

Keep in mind, macOS blocks installation from unknown sources by default. So you must change the desired setting to allow the installation. To do so, open the Apple menu on the top-left corner and navigate to System Preferences-> Security & Privacy-> General. Here, change the “Allow applications downloaded from” option to “Anywhere” and you are good to go. 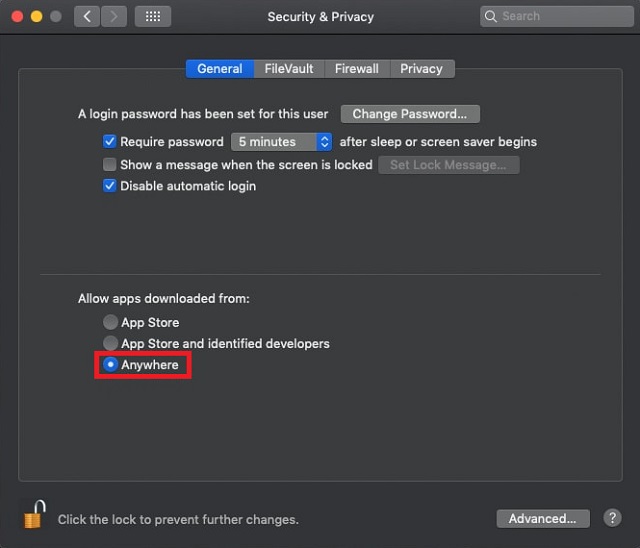 Next, open the Kodi DMG file and click on the “Applications” folder. Here, press CMD+V key to paste Kodi in your Application directory. That’s it, Kodi is installed in your Mac. 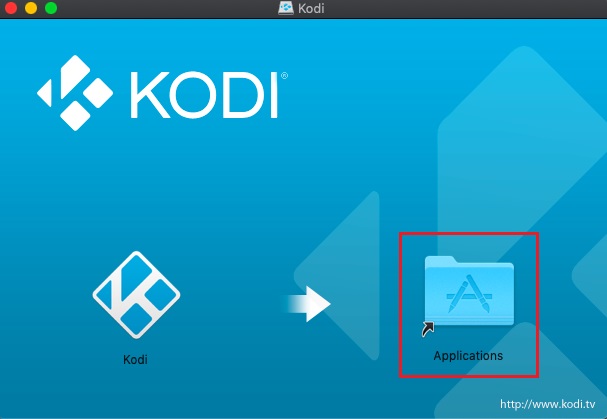 How to Install Kodi on iOS 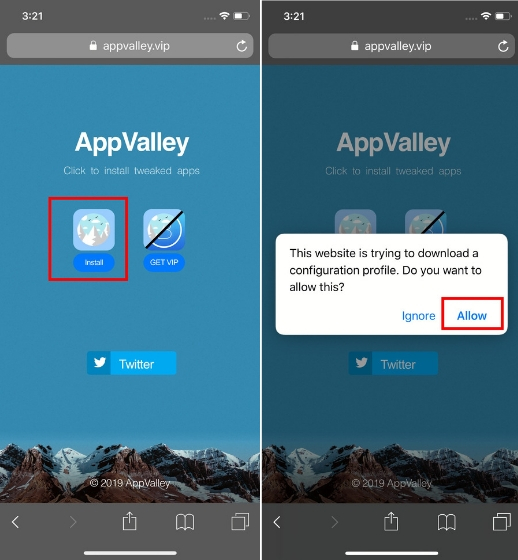 For your perusal, we have made a separate guide to install Kodi on iOS with detailed instruction and screenshots. The process is a bit lengthy, but you can easily do it if you follow the instructions step by step. Just click on the link mentioned above and you will have Kodi on your iPhone in no time.

How to Install Kodi on Amazon Fire TV Stick 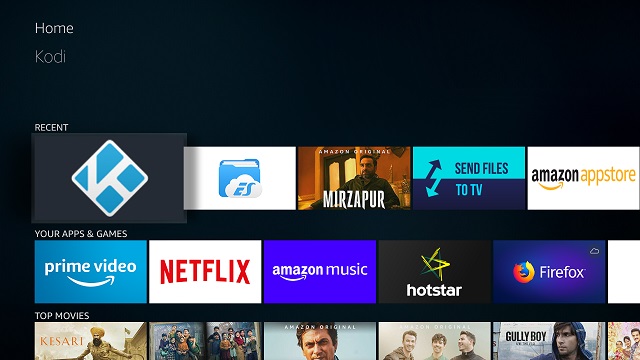 How to Install Kodi on Chromebook

You can install Kodi on Chromebook very similar to Android phones if your Chromebook has Play Store support. Just search for “Kodi” in the Play Store and install it. That’s it. 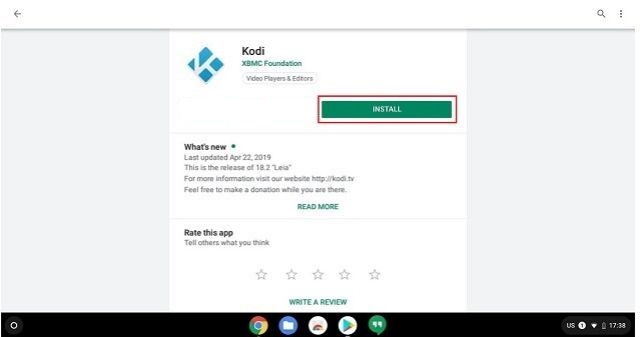 However, if your Chromebook doesn’t have support for Play Store then it’s a bit tedious process. You will have to use a development tool, ARC Welder to convert Android apps to compatible Chrome OS apps. To make things easier for you, we have made a complete guide to install Kodi on Chromebooks for both Play Store supported and unsupported devices. Just open the mentioned link above and go through the steps. You will be able to install and run Kodi on unsupported Chromebooks fairly well. 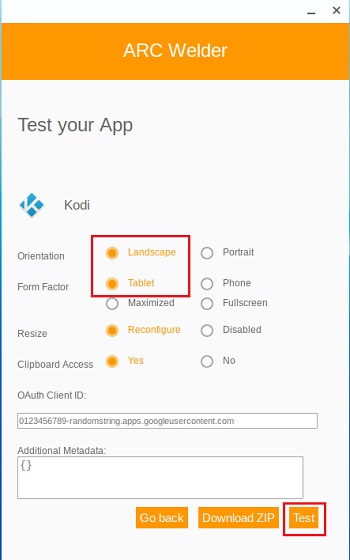 How to Install Kodi on Linux

Installing Kodi on Linux is a breeze with just a few commands. Open the Terminal and enter the following commands one by one. Make sure to follow the on-screen prompts during the installation. 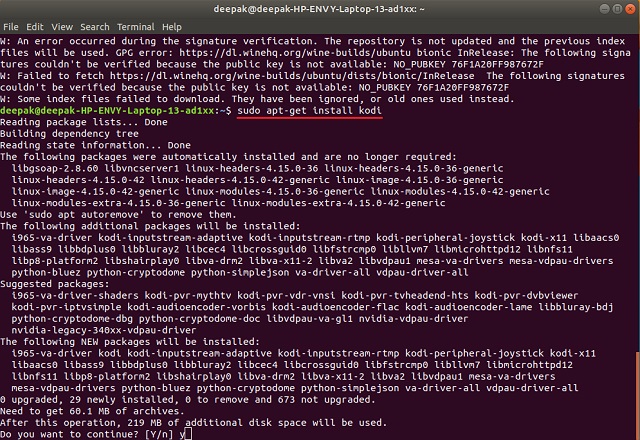 After the installation is complete, just type kodi in the Terminal to open it. You can also access Kodi from the Software Center.

How to Install Kodi on Xbox One

Similar to Windows PC, you can install Kodi on Xbox One with just a few clicks. On Xbox One, open Microsoft Store and search for “Kodi”. After that, click on the “Get” button and voila, Kodi is installed on your gaming console. Further, click on the “Launch” button to open Kodi.

There is also another way to install Kodi on Xbox One. The gaming console has its own Xbox App Store. So go ahead and search for “Kodi” in the app store and install it right away.

So that was our definitive guide on how to install Kodi on any of your devices. You can go through the guide and find out information regarding your device. For most of the devices, the process is very simple as Kodi is widely supported officially across the platforms. However, iOS is very restrictive so you will have to install Kodi through a third-party app store. Nevertheless, you should definitely go ahead and install Kodi on your device to discover a new world of entertainment. And if you liked the article or want to know the installation process for your specific device, then comment down below, we will surely help you out. 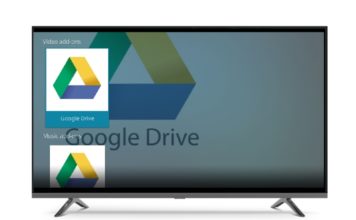 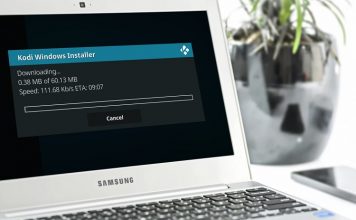 We are big fans of Kodi because of how multi-platform and versatile it is. Just like Android updates, we await the release of new...
Beebom Staff - Jun 29, 2020