After the great success that Android has had on smartphones and tablets, Google decided to enter the budding smartwatch market with its Android Wear platform. While the success of the platform is still under debate, there are already many apps available on the platform.

Apart from bringing you notifications right to your wrist, smartwatches have another great use, that is heath and fitness details. Most of the smartwatch manufacturers pre-install their own fitness apps on their devices but there are some cool third party offerings on the Google Play Store.

So, today we are taking a look at the 10 best health and fitness apps for Android Wear: 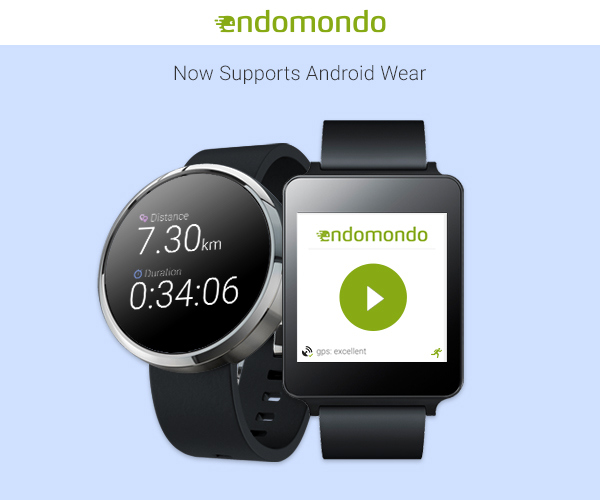 We are pretty sure of your acquaintance with Endomondo, considering it has been a popular fitness app even before the arrival of smartwatches and Android Wear. The developers have made sure to support Android Wear and that makes it even better because you now have the rich features of the app right on your wrist.

Endomondo packs a long list of great features. The health and fitness app lets you track your fitness data, be it from an outdoor workout or indoor. The app also works great with heart rate monitors to bring you your heart rate data. It also analyses your data to bring your a daily diary, split times for each workout and more.

There are also some cool social features, which let you interact with your friends and share your fitness plans. You can use your Android Wear smartwatch to give voice commands and you can customize what data you first see on your wearable. Endomondo comes in a free version and a premium version. The premium version is a subscription based offers at $5.99/month or $29.99/year. 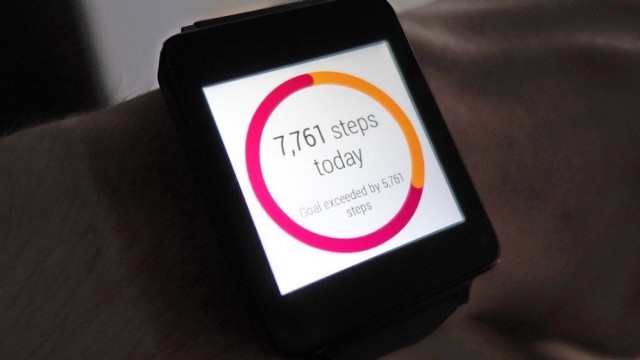 The app shows you the steps you’ve taken in the last few days on your wearable. There are cards for your heart rate measurements, ability to set goals, see cycling and running data and more. For more advanced features such as maps, advanced graphs, you’ll need to pair your wearable with an Android smartphone.

The best thing about Google Fit is it lets you integrate data from your third party fitness apps as well, resulting in all your health data on one screen, which is pretty cool. As with all the Google apps, Google Fit is available for free on the Play Store. 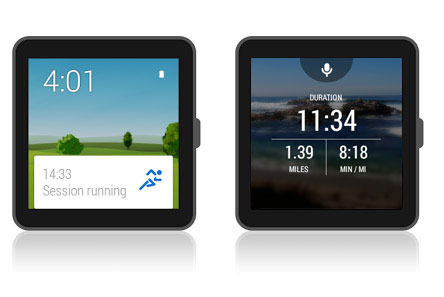 You can control the app using your Android Wear smartwatch and use the plethora of features that Runtastic brings. There’s map workouts, workout diary with advanced graphs and statistics, voice coach, live tracking, training plans, goals and way more. 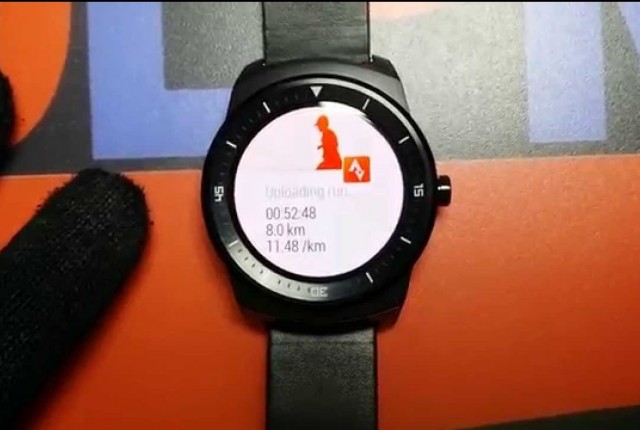 Strava Running and Cycling app is among the most downloaded and highly rated health and fitness apps on the Play Store and with Android Wear support, it gets better. The app has the ability use your smartwatch’s GPS to bring your fitness and health data on the go.

The app brings you key data like distance covered, elevation, speed and the calories you burned. There’s also ability monitor your heart rate, share activities on Facebook and see who’s on the top of fitness leader-boards.

The Strava app is available for free but you can make an in-app purchase to get the premium version, which brings features like ability to set goals, immediate performance results, training videos and more. 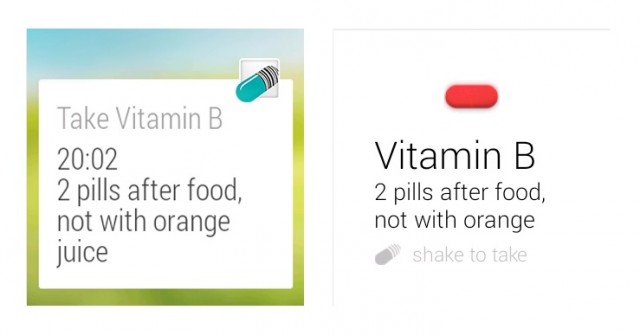 MediSafe Meds & Pills Reminder app is pretty self explanatory with its name itself but there are some notable features in the app, which make it a must have for fitness and health app users. Along with reminding you, the MediSafe app is a great medication manager as well and thank to Android Wear, you won’t need your phone for those reminders.

The app lets you enter medical details of not only but your family members or friends as well. There’s also the ability to sync to your family member’s devices in real time. Along with medication reminders, the app also tracks your measurements, medication progress reports and more. The app brings reminders and notifications directly to your Android wearable.

The app is available for free on the Google Play Store, so you should check it out if you constantly forget your meds and pills. 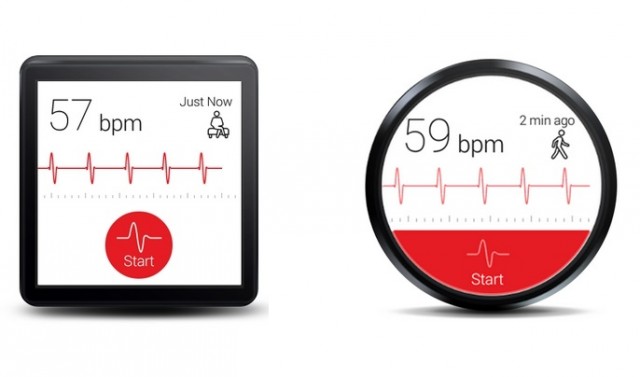 The app lets you measure your heart rate, tells you the speed of your heart rate and tracks your data over time. There’s ability to monitor heart rate of different people from the same device using profiles. Each profile will feature heart rate data of the individual members. 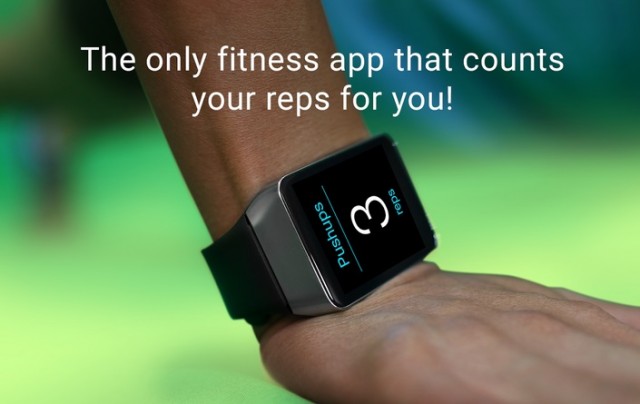 Wear Fitness Personal Trainer, also known as Vimo Fit is a great app if you don’t want to use your smartphone at all. The app is aimed at Android Wear users and all the features can be controlled right from your smartwatch.

The app claims to automatically calculate the calories burned and its special algorithms let it know the exercise you are performing. The app is aimed at people who have a workout routine and as the name suggests, the app acts as a personal trainer. There’s a Guide mode, which analyses your fitness levels and goals to bring you personalized info. The app features motion tracking tech and help from famous YouTube personal trainer, Coach Kozak.

If you need a well featured fitness app, specifically for your Android Wear smartwatch, then Wear Fitness Personal Trainer or VimoFit should be a great choice. Keep in mind though that the app is essentially in a public beta, so there will be inconsistencies in the experience.

Compatibility: Android 4.2 and up 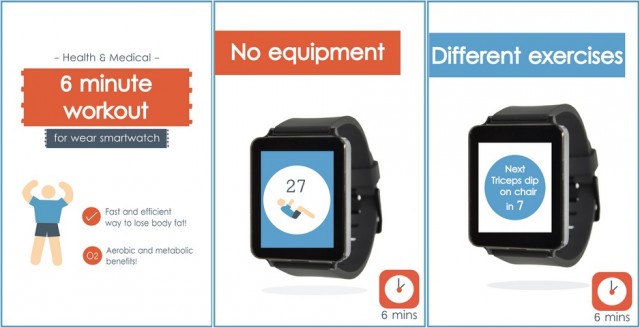 The Workout for Android Wear is a pretty simple and a straightforward app. The app brings you a workout routine of less than 10 minutes everyday to keep you in shape.

The app is based on “The Scientific Workout” routine, which was featured in the American College of Sports Medicine’s Health & Fitness Journal. The workout routine from the app features 12 exercises to get in shape. The app visually represents the exercises along with a countdown timer. The app also offers detailed statistics right to your smartwatch.

Well, the concept is surely pretty neat and anyone not willing to exercise a lot during a hectic day can use the app to keep them fit. Moreover, the app is available for a modest price of Rs. 60.58 on the Google Play Store.

Wear Run Pro is a cool running tracker app specifically aimed at Android Wear users. The app tracks your running session’s speed, distance, number of steps and more. The app also shows detailed graphs and statistics to keep track of your progress better. The graphs can be shown in monthly, yearly or weekly views, as per your needs.

The app is available in both free and paid versions but we’ll suggest the paid version because of the extra features it brings and the fact that data cannot be imported to the paid version from the free version of the app. If you need a running tracker app and do not want to use your phone at all, you should check out Wear Run Pro. 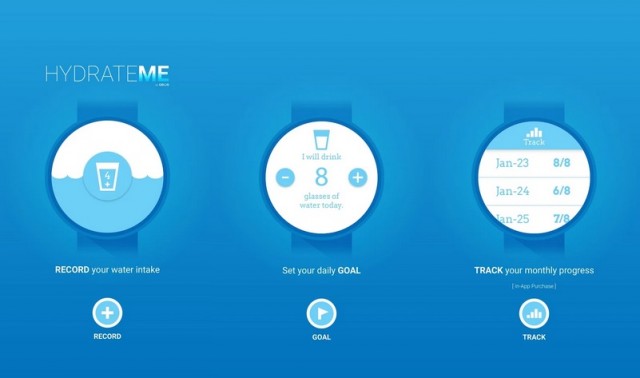 Wear Hydrate me, as the name suggests helps you keep your body hydrated. The cool little app tracks and reminds you to take your daily water intake to keep your fit and healthy.

The app features a simple interface and various features like customizable goals, alarms, daily water intake tracking and more. You can make an in-app purchase to see your monthly progress.

While the feature list might not be very impressive, it’s certainly a useful app and gets the work done. Once you install this app, we are pretty sure you won’t be ever be dehydrated.

The arrival of smartwatches and Android Wear is certainly a boon for Health and Fitness enthusiasts and the developers are surely not disappointing anyone. With everything right on your wrist, the ease of use is tremendous and we are pretty sure the future of health and fitness services is rosy.