While Chromebook is now preparing to enter the mainstream laptop market with Linux, Android and Steam support, let’s not forget that Chromebooks were primarily made for students and kids in the first place. In fact, Chromebooks have almost become synonymous with a starter machine for kids to learn about computing and the internet. So, in this article, we bring you the 10 best Chromebooks for kids that are inexpensive and offer a full range of features and functions. We have carefully picked Chromebooks which are rugged, decently powerful, and have a smaller form factor. Now on that note, let’s move ahead and go through the list of best Chromebooks for kids.

Best Chromebooks for Kids in 2020

Here, we have mentioned the 10 best Chromebooks for kids which range from $150 to $300. The list is ordered in ascending order of pricing so if you have a slightly higher budget, you will find the best Chromebooks at the bottom five. Anyway, let’s go ahead and start with the most basic Chromebook for kids.

If you are looking for a Chromebook that is both affordable and compact then the 11.6-inch Lenovo 100E is a solid choice. It’s quite smaller than regular laptops and weighs just below 3.5 pounds which seems pretty good for portability. Apart from that, the Chromebook has an HD display and an ARM-based MediaTek MT8173C Processor which is very comparable to Celeron N series chips. On the storage front, you get 32GB of eMMC flash storage and 4GB of DDR4 RAM. That is not bad at this price, right? Having 4GB of RAM at this price is really valuable and it will definitely help while multi-tasking on this machine. And since the Chromebook comes with an ARM-based processor, it will run Android and Chrome OS apps without a hitch. Considering all the points, it seems the Lenovo 100E is the best entry-level Chromebook that you can gift to your kid without any worry. 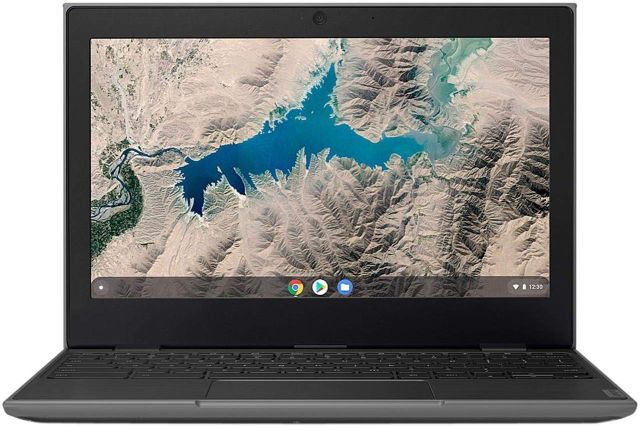 The 11-inch Inspiron was refreshed by Dell in 2019 and now it comes with some fresh changes. For starters, now you get the Dual Core N3060 Processor with 4GB of RAM and 16GB of storage. There are also two USB 3.0 and HDMI ports along with an SD card slot. Other than that, it has the usual HD panel and comes with the integrated Intel HD 400 graphics. So far, the Inspiron 11 seems a really good option, especially for the price you are paying. However, the best part about this Chromebook is its ruggedness. Kids are notorious at dropping things so this Chromebook can easily survive heavy drops without damaging the machine. To conclude, if you want a rugged Chromebook for your kid, take a look at the new Dell Inspiron 11. 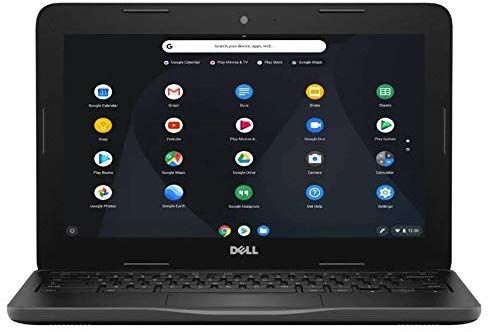 While it has been long since Acer 315 was released, the Chromebook still makes its way to our list and for good reasons. The Acer 315 comes with a big 15.6-inch screen– in case you wanted a larger Chromebook for your kid. However, it has an HD panel and you will have to be content with that. Apart from that, the internals are quite powerful as it brings a Dual-Core A4 processor from AMD and also has a dedicated Radeon R4 Graphics for smooth performance. Further, you get 4GB of DDR4 RAM and 32GB of eMMC storage which is a standard in this price range. But the best bit of this Chromebook is that you have the modern USB 3.1 and Type C ports so that makes it a future-proof device. All in all, the Acer 315 can be a perfect pick for your kid if you want a larger screen and more horsepower at an inexpensive price. 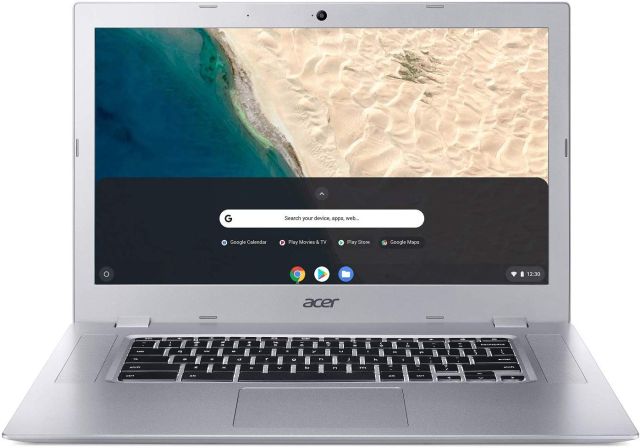 The 14-inch HP Chromebook is another steller laptop for kids on this list. Similar to Acer Chromebook 315, it packs in the AMD Dual-Core A4 processor which is quite powerful for the price you are paying. And not only that, but you also get a Full HD screen with a 180-degree hinge. That’s awesome, right? Besides that, the HP Chromebook 14 offers 32GB of eMMC storage and 4GB of RAM for handling multiple tasks at once. If you have a slightly higher budget, I would recommend this Chromebook over the above-mentioned laptops. It has a premium screen, performs quite well and a body that is not too big or too small. So, what more do you want in a sub-$300 Chromebook? Go with the HP Chromebook 14 and I am sure your kids won’t be disappointed. 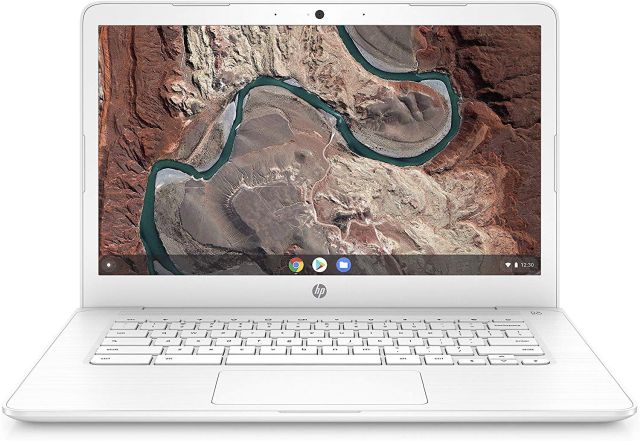 The Lenovo C330 has similar hardware as the above-mentioned laptops, but it comes with a touchscreen display and has a convertible form factor. It essentially means that kids can study and watch videos whichever way they want as it supports both tent and tablet mode. Besides that, the Chromebook is powered by an ARM-based MediaTek MT8173C processor and packs in 64GB of eMMC storage and 4GB of RAM. Not to mention, you get Play Store and Linux apps on this Chromebook as well. The only bummer is that it comes with an HD screen, but frankly, we can’t complain at this price. So if you want an affordable Chromebook for your kid with all the necessary features then get the Lenovo C330. 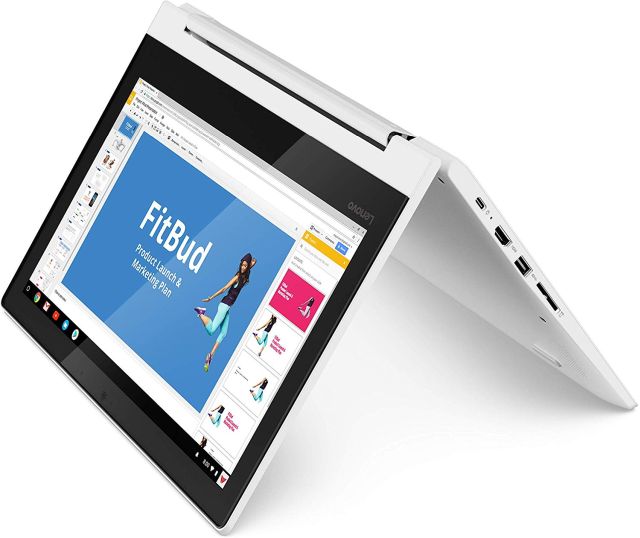 The predecessor Acer R11 was the king in the sub-$300 category and now it has been succeeded by the latest Acer R13 which looks even more compelling. Sure, it still has the old MediaTek MT8173C processor, but you get 32GB of super-fast SSD storage and 4GB of DDR3 RAM along with a slot for the microSD expansion card. Moreover, it’s a 13.3-inch Chromebook with a convertible body and touchscreen display which are helpful additions for students and kids. Not to mention, at this price, you are getting an excellent Full HD display panel. All in all, the Acer R13 is a solid Chromebook and you should definitely consider it if you are going closer to the $300 price point. 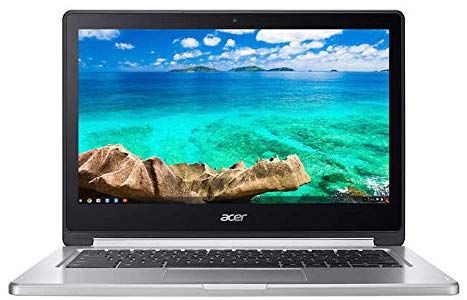 After a long gap, Samsung released its budget Chromebooks in October 2019 and the specs look awesome on paper. Yes, we are talking about the Samsung Chromebook 4 and 4+. Both the laptops come in several different configurations, starting from 4GB of RAM and 32GB of storage, but all of them have the Intel Celeron N4000 Processor. The new N4000 series chips by Intel is shaping up to be really good and strikes a fine balance between performance and battery life. The difference between 4 and 4+ is that the former comes with an HD panel and the latter has a Full HD screen. Also, there is a 6GB RAM variant available for the standard Chromebook 4 model. Simply put, if you want a Chromebook that is packed with the latest processor and technology then both Samsung 4 and 4+ are worthy picks for your kid. 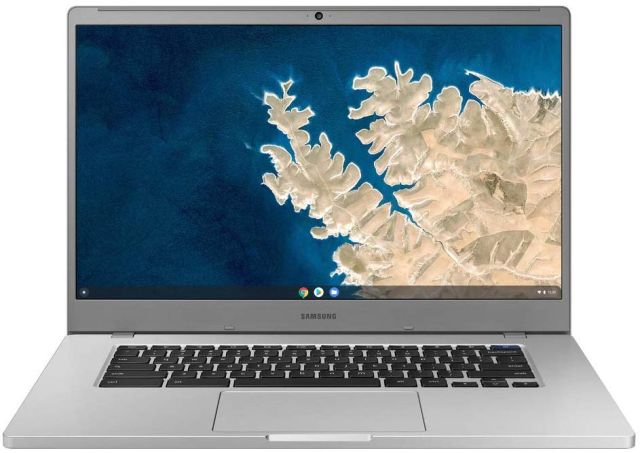 The Lenovo C340 is an upgraded version of C330 that we have mentioned in this list above. It keeps all the headline features like 360° flip-and-fold design, touchscreen display and a premium aluminum body to boot. On top of that, it brings the new Intel Celeron N4000 processor with 4GB of DDR4 RAM and 32GB of eMMC storage. However, the sad part is that the Lenovo C340 still has an HD display, but you won’t find any pixelation issue since it’s just an 11.6-inch panel. Apart from that, the Lenovo C340 has an integrated Intel UHD Graphics 600 which should help while playing games on Chromebook. To bare it all, if you want a compact Chromebook with a powerful processor and build quality then Lenovo C340 is a machine you should definitely check out. 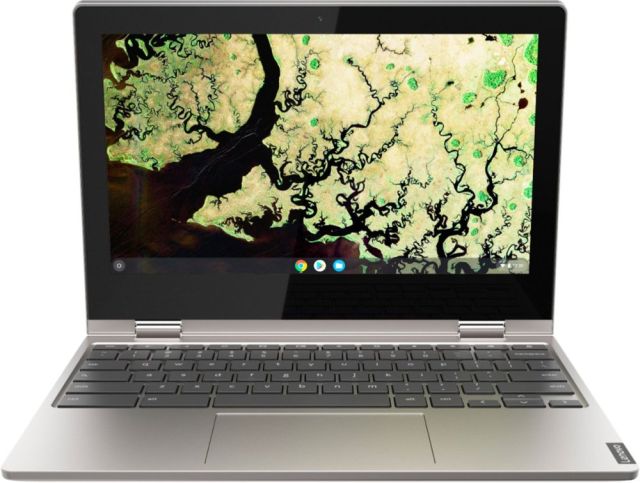 If you want a Chromebook for your kid which does not compromise on display quality and processing power then Asus Chromebook C523 is for you. It comes with a 15.6-inch Full HD display with minimum bezels and excellent color reproduction. It’s also a touch screen, but you won’t get a convertible form factor which is a bummer. As for the internals, it has the next-gen Intel Pentium N4200 processor which is better than Celeron N4000. Further, the laptop is coupled with 4GB of RAM, 64GB of eMMC storage and comes with a Type C port. Having said that, the best part about this Chromebook is its build quality which is simply top-notch. At half the price, it looks and feels premium just like the $600 Asus C434. All in all, the Asus C523 is a flawless Chromebook and at this price, you should not give it a miss. 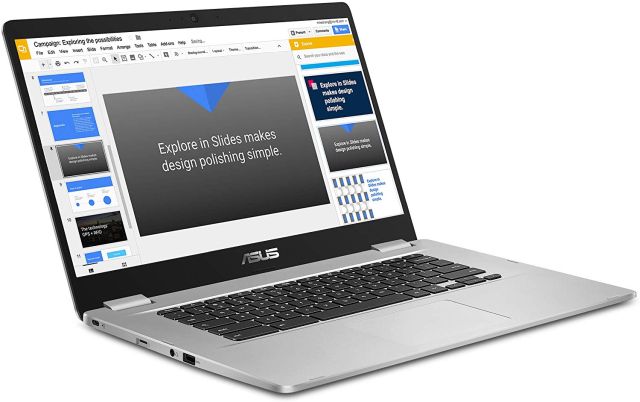 If you can go above the $300 territory, I would recommend the Asus Chromebook C425 for its amazing build, keyboard, trackpad, display and everything else. Simply put, the C425 is exactly similar to the more expensive C434 with the only exception that it does not have a convertible body. Other than that, you get all the premium features like a lightweight body, Full HD NanoEdge display, and backlit keyboard. One thing for sure, despite using a 14-inch screen, you would feel that you are using an 11-inch laptop due to its razor-thin bezels. And on the performance front, you get an Intel Core M3-8100Y Processor which is fanless and amply capable than Celeron, MediaTek, and the likes. Not to mention, the laptop is coupled with a humongous 8GB of RAM and 64GB of eMMC storage. So to conclude, the Asus C425 is the best Chromebook for kids and you should definitely pick it over any laptop in this price range. 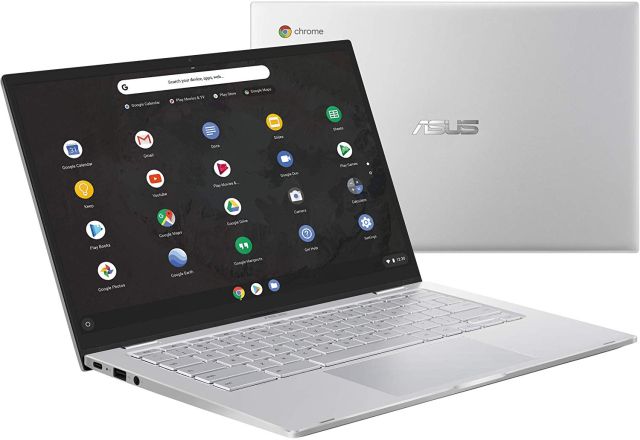 Pick the Best Chromebook for Kids in 2020

So those are our picks for the best Chromebook you can buy for your kids in 2020. We have largely tried to include Chromebooks starting from $150 to $300 so the price remains within your budget. However, if you have a little more to spend then go with the C425 that I have mentioned at the end. It’s a premium Chromebook from all corners and the performance is top-notch. Also, if you want a Chromebook for general users without any bar on pricing then head over to our dedicated article on the best Chromebooks available right now. Anyway, that is all from us. So, which Chromebook did you pick? Tell us in the comment section below.