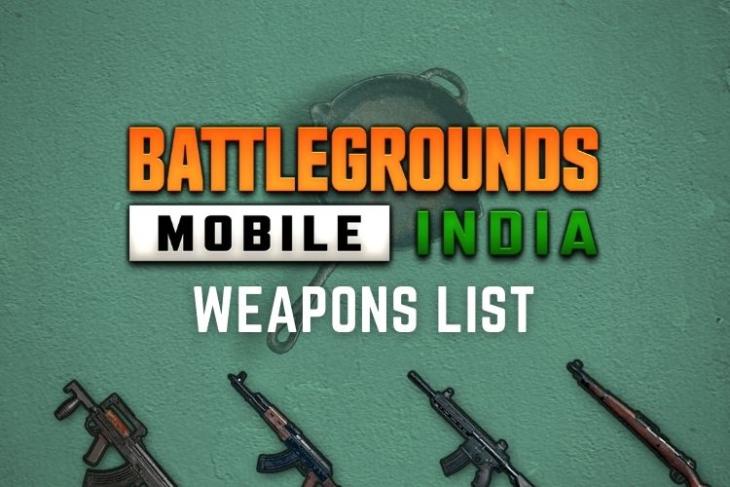 Starting with the throwables, Battlegrounds Mobile India will add the same damage-dealing grenades, mollies, and other throwable items. Also, when you throw a punch at someone, it will likely deal the same 18 HP damage as before. Here’s a complete list of throwables you will find in-game:

Coming to the pistols, there are good for early game fights when you have just dropped from the plane. You should swap it out for an assault rifle or DMR, depending on your playstyle, as the match progresses to increase your chances of securing the Chicken Dinner. You can find the list of pistols you will have in Battlegrounds Mobile India right below: 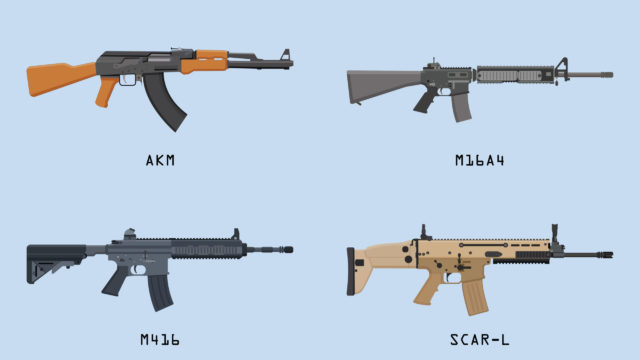 Coming to the assault rifles options, here is a list of automatic, burst, and single-firing rifles you will be able to pick up in Battlegrounds Mobile India. We have also listed the damage per bullet, ammo type, and fire rate for each gun here:

Turning to the automatic submachine guns, Battlegrounds Mobile India will most likely borrow my favorite close-range weapon, the Uzi, from PUBG Mobile. As for all the other submachine guns and their stats, check out the table below:

In the category of light machine guns, there only are a couple of weapons we expect to show up in Battlegrounds Mobile India, and they are the M249 and the DP-28. You can check out their complete details in the table below:

Known for their fatal damage in close-range fights (under 100m), below is the list of shotguns you can expect to find around maps in Battlegrounds Mobile India. 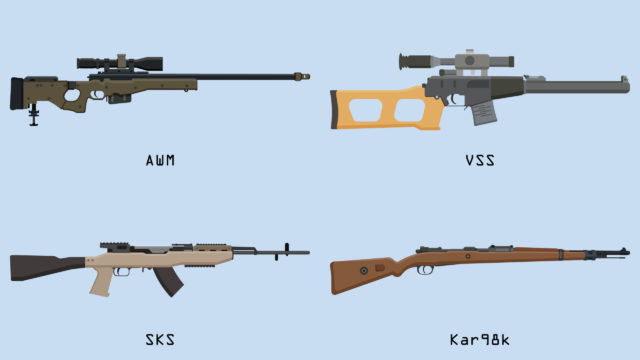 Turning to the long-range weapons in the title, check out the list of the sniper rifles you can expect to be featured in Battlegrounds Mobile India right below. It includes the much-loved Kar98k and the powerful AWM sniper rifle, which is a part of the Airdrop package.

Last but not least, we have the designated marksman rifles that should be available in Battlegrounds Mobile India:

So, these are all the weapons you can expect Krafton to add to the loot pool in the upcoming Battlegrounds Mobile India game. As you can see, almost all the weapons are familiar and were available in PUBG Mobile when it was available in India. That means a number of you might already be familiar with the recoil pattern, attachments, mag sizes, and other nifty details.

However, it is worth mentioning that Krafton might change the names of some of the guns to distinguish them from the PUBG Mobile weapons. That is because the developers do not want the community to draw parallels between their upcoming mobile title and the now-banned-in-India PUBG Mobile.

Krafton is yet to finalize the launch date of the game in India. But, the title is already up for pre-registration on the Google Play Store. You can read all about the game, including the steps to pre-register in our in-depth Battlegrounds Mobile India story from the linked article. Are you excited to use some much-loved PUBG Mobile weapons yet again? Let us know which is your favorite weapon and why in the comments section below.