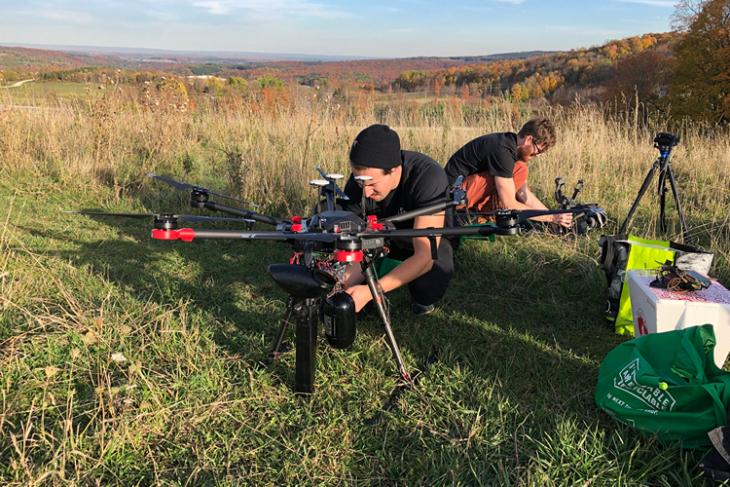 There is no doubt that we need more trees to make life sustainable on the planet. If the changing climate and worsening air quality is any indication, it’s that we need more trees. A team of Canadian science and engineering graduates have risen to the situation and have set out to plant a billion trees by 2028 – using drones.

The project is called Flash Forest. According to the team, using drones instead of manpower to plant the trees could result in 10 times the speed at 20% reduced costs. The team makes use of aerial mapping software and expertise in ecological science to find ideal places to plant new trees.

“Every year our planet loses 13 billion trees and regains less than half of that. We started Flash Forest with one clear goal: healing our planet’s lungs. Until that job is done well, no other job matters.”, reads Flash Forest’s website.

For those wondering how this works, the drones carry pods that are filled with at least three pre-germinated seeds, mycorrhizae, and fertilizers along with the team’s “secret sauce” to ensure growth. The drones shoot these pods directly into the soil.

The team successfully planted over 100 pods on their first pilot test in August last year. In the following pilot tests, the team managed to plant over 3,000 trees using drones. There were eight deciduous and coniferous species in the pods including White Pine, White Birch, White Spruce, and Red Maple. Notably, 165 trees were planted in just three minutes with a single drone.

If you’re interested to support the cause, you may contribute to the project through their Kickstarter fundraising page linked below. So, what are your thoughts on using drones to plant trees? Let us know in the comments.