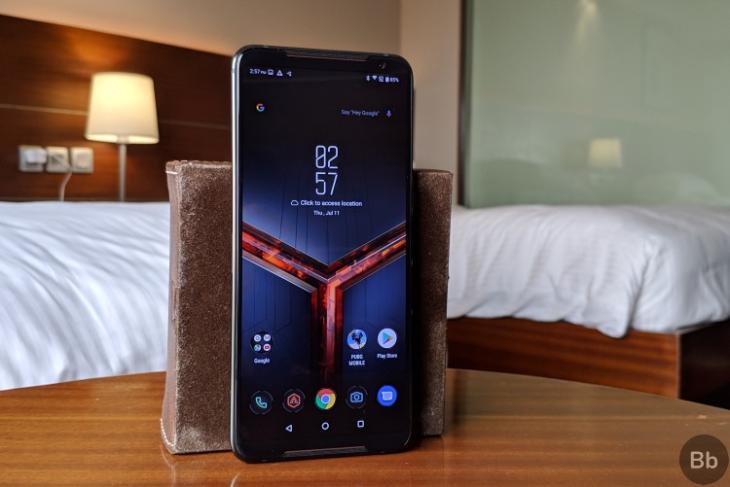 Originally unveiled last July in China, Asus’ 2nd-gen gaming smartphone, the ROG Phone II, will officially launch in India on September 23. As can be seen from the tweet below, the device will very likely be sold exclusively on Flipkart, much like all other Asus smartphones. To be held in New Delhi, the event is also expected to see the launch of a whole host of ROG gaming accessories that were showed off at other launch events earlier.

The ROG Phone II is all set to revolutionise smartphone gaming forever and knockout other flagships. 23rd September is the day when the ROG Phone II will quench the thirst for the ultimate weapon. #ROGPhoneII #WorshippedByGamers #LovedByTechGurus pic.twitter.com/3grhYg4ubg

In case you don’t know it already, the ROG Phone II was originally launched in China last July as a follow-up to the company’s first-gen gaming-centric phone that was launched last year with much fanfare. The device comes with high-end hardware, including the Snapdragon 855+ SoC, up to 12GB of RAM and up to a whopping 1TB of internal storage.

It also comes with a 48MP primary camera paired with a 13MP ultra-wide snapper. It runs Android 9 Pie and carries a massive 6,000mAh battery with 30W fast-charging support. However, one of the most notable features of the phone is 6.59-inch FHD+ AMOLED display that comes with a 120Hz refresh rate which dwarfs many other recent flagships with 90Hz screens, like the OnePlus 7 Pro.

While the ROG Phone II promises to be a great addition to the premium smartphone market in India, it will be interesting to see how Asus prices it here. It starts at just 3,499 yuan (around Rs. 35,000) in China for the base 8GB+128GB model, although the top-end Esports Armour Version costs an insane 12,999 yuan (around Rs. 1.30 lakh).