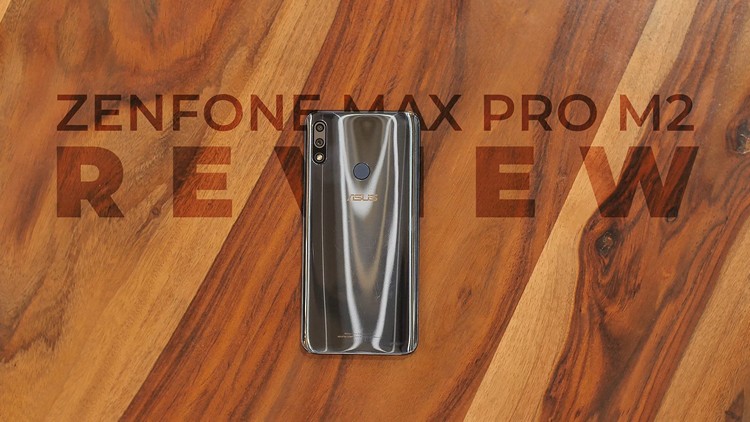 Here’s what you get the ZenFone Max Pro M2 box:

First off, the dull, bland design from the ZenFone Max Pro M1 is gone. The Max Pro M2 features a premium glass-like finish on the back and it certainly looks great. It is plastic but the finish here gives the phone a very premium look and feel. 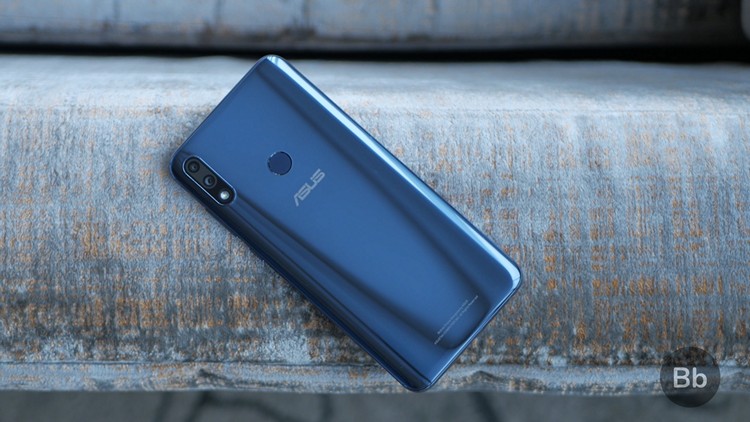 So, it’s nice but there’s one problem. Even though the back here is not glass, it behaves like glass. What I mean is, the back here is very prone to scratches. Look at the scratches on our unit here. It’s insane… even the glass backed phones we have don’t have as many scratches as the Max Pro M2 does. I think this is the reason Asus bundles a case with the phone. Anyway, the back here has the dual camera setup and the fingerprint scanner, which in my usage, has been fast and accurate, so no problems there. 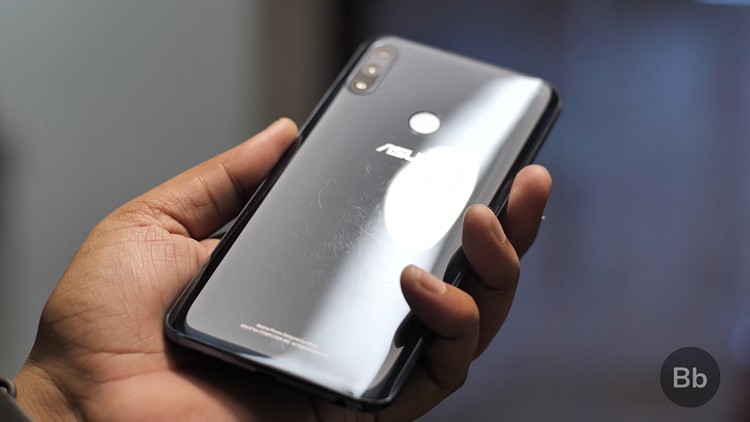 The scratch-prone back apart, I love this new design. Plus, I like how lightweight this phone is, especially when you factor in the massive 5,000 mAh battery. Let’s compare the Max Pro M2’s weight with other phones. The Motorola One Power too has a 5,000 mAh battery, but that weighs in at 205 grams, while the M2 weighs in at 170 grams. It’s impressive that the M2 is lighter than a lot of phones that have smaller batteries. 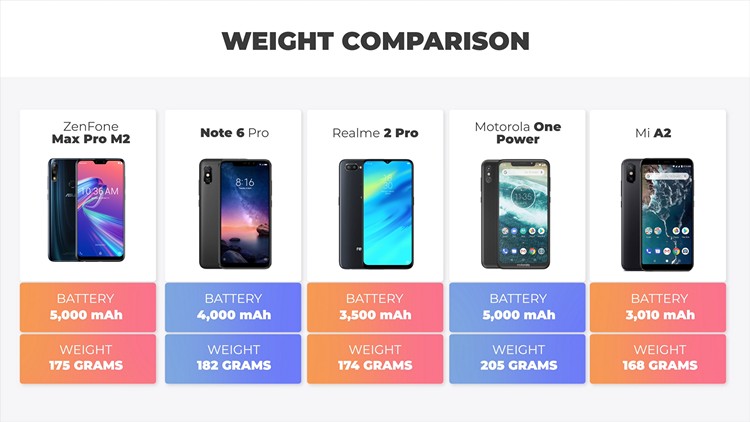 Moving on to the front, there are changes here as well. The ZenFone Max Pro M2 comes with the notch and I know a lot of you guys don’t like this. I mean, as I’ve said previously, I think a teardrop notch is the best implementation of the notch, but at least the notch on the Max Pro M2 is not as huge as the one on the Redmi Note 6 Pro. 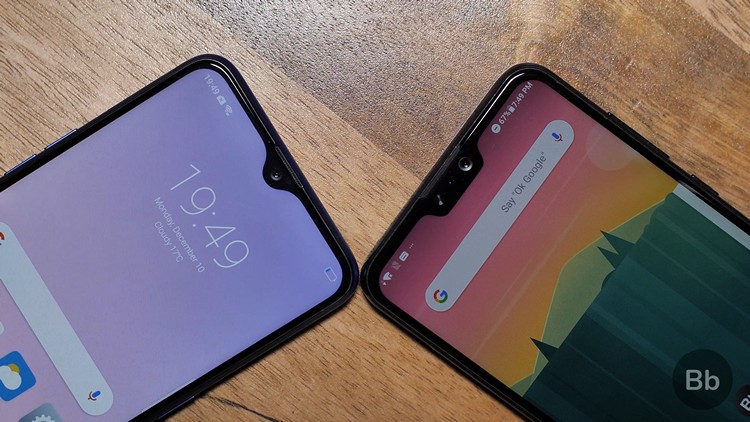 Apart from that, there are the usual buttons, the microUSB port (ya, no USB-C!), and the headphone jack.

So, overall, the ZenFone Max Pro M2 looks good and features all the basics you need. I know, the back is very scratch prone but it’s not a big deal, at least that’s what I think. 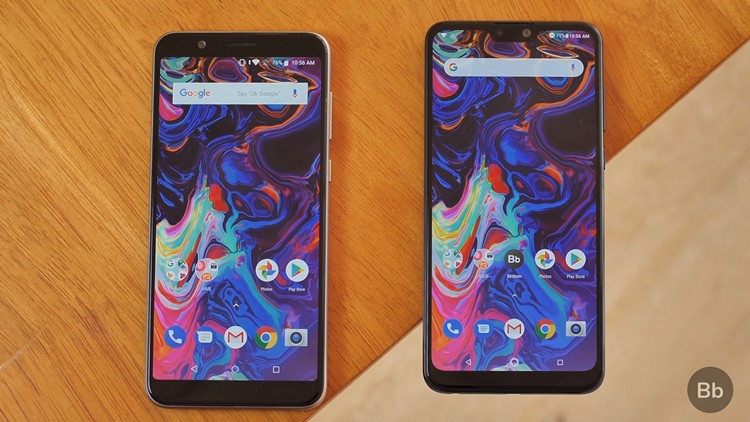 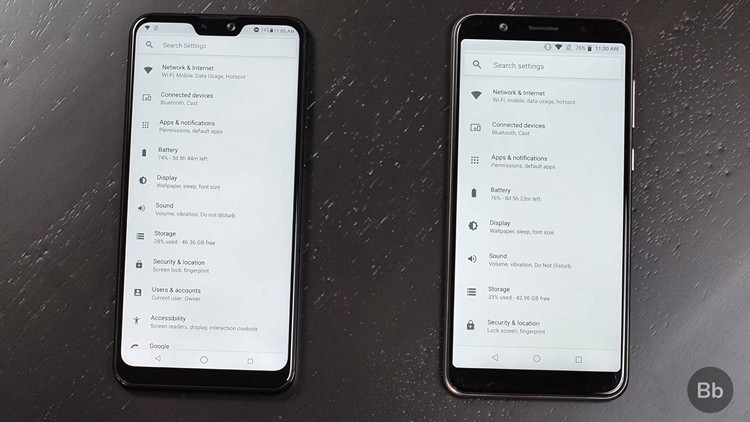 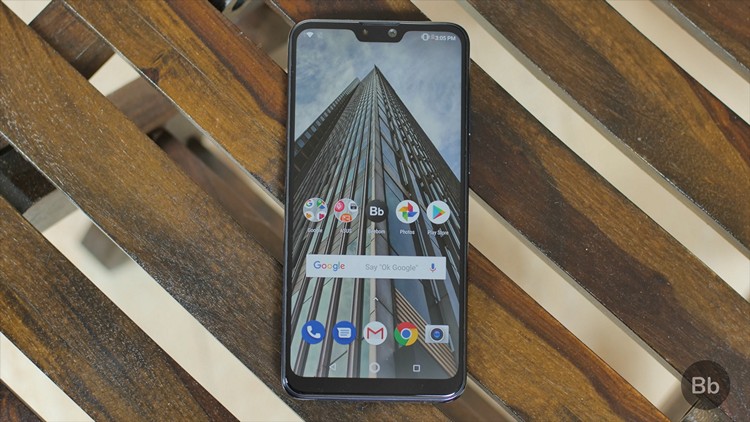 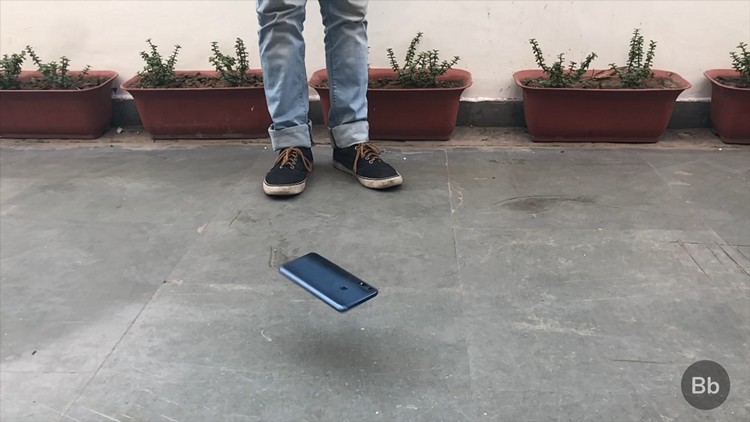 Also, if you are wondering, the ZenFone Max Pro M2 features the Widevine L1 license, which means you will be able to watch HD videos on platforms like Netflix and Amazon Prime Video. 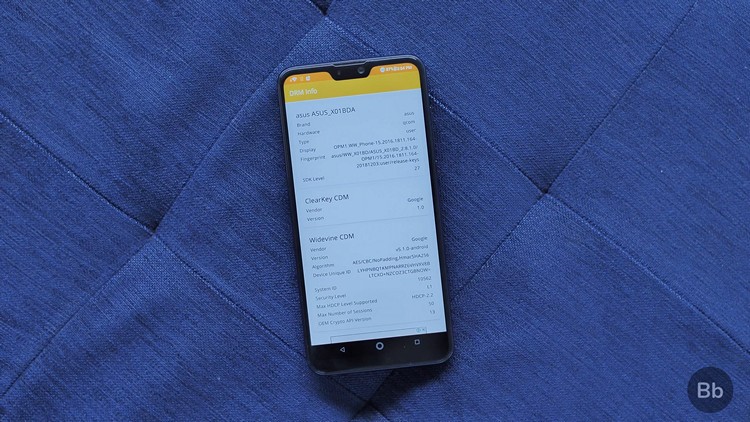 The phone comes with a 12MP plus 5MP dual camera setup on the back but don’t be fooled by these numbers. I know it seems like a downgrade from the 6GB variant of the Max Pro M1 which had a 16MP camera, but trust me, the cameras on the Max Pro M2 are a lot better. Just take a look at these photos.

The ZenFone Max Pro M2 takes photos that are sharp and high on detail, especially when there is good light. Some photos turn out a bit oversaturated, but I don’t think this is an issue. Even the portrait mode photos in good light have nice details and decent edge detection. Yes, the colors can be a little off at times, but it’s not a huge problem. When it comes to low light, the Max Pro M2 takes decent photos, but sometimes the photos aren’t as sharp as I’d like and sometimes noise creeps in.

Compared to the Redmi Note 6 Pro and the Realme 2 Pro cameras, it’s a tough call in good light. Look at these photos. All the phones are good here, but I just find the details in the ZenFone Max Pro M2 photo slightly better than the competition, although I like the colors more in the Note 6 Pro photos. So ya, it’s really close. When it comes to low light photos, the Max Pro M2 and Realme 2 Pro do well enough, but the Redmi Note 6 Pro photos are just sharper and they have less noise.

When it comes to videos, the Max Pro M2 comes with 4K support, which is something a lot of budget phones miss out on, so that’s good. Here’s a 4K video shot from the phone. As you can see, the video quality here is pretty nice, with the colors looking good and things looking sharp. Yes, the stability is not very good, and that’s because EIS here kicks in at 1080p.

Coming to the front cameras, the ZenFone Max Pro M2 takes some decent selfies, when there’s good light. As you can see in the selfies below, the photos in good lighting have good detail and colors. However, things aren’t as good in low light. The selfies in low light generally turn out to be soft.

When compared to the Redmi Note 6 Pro and Realme 2 Pro, the ZenFone Max Pro M2 compares well in good lighting but not so much in low light. And if you are wondering, yes, there’s no portrait mode on the front yet, but Asus is bringing that in an update soon.

Overall, the cameras on the ZenFone Max Pro M2, especially the rear cameras are improved and way better, and while they might not be the best when compared to the competition, they get close and that’s good enough for a budget smartphone. 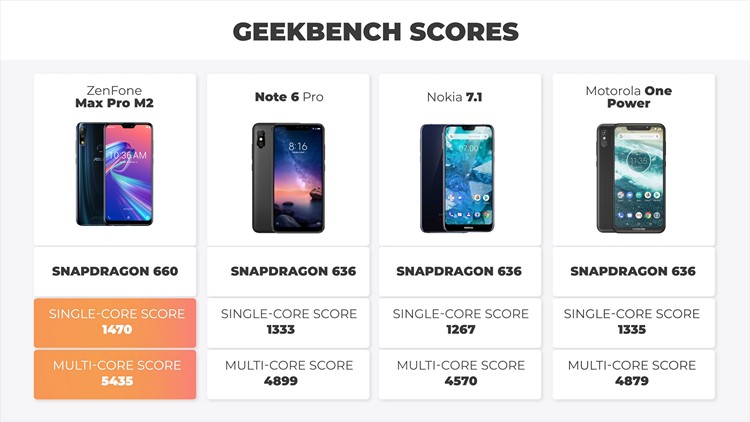 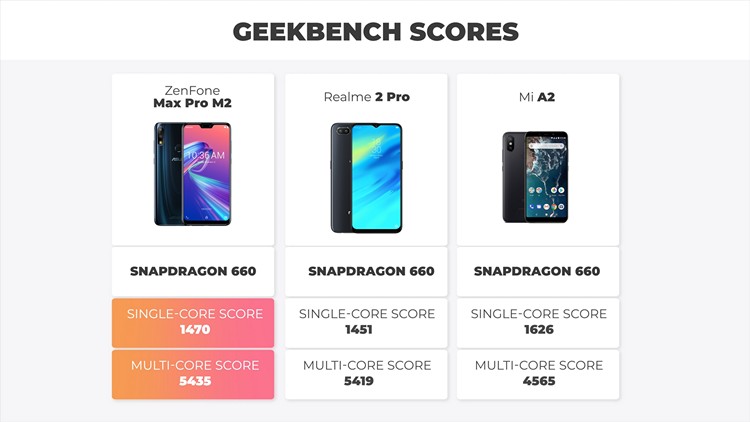 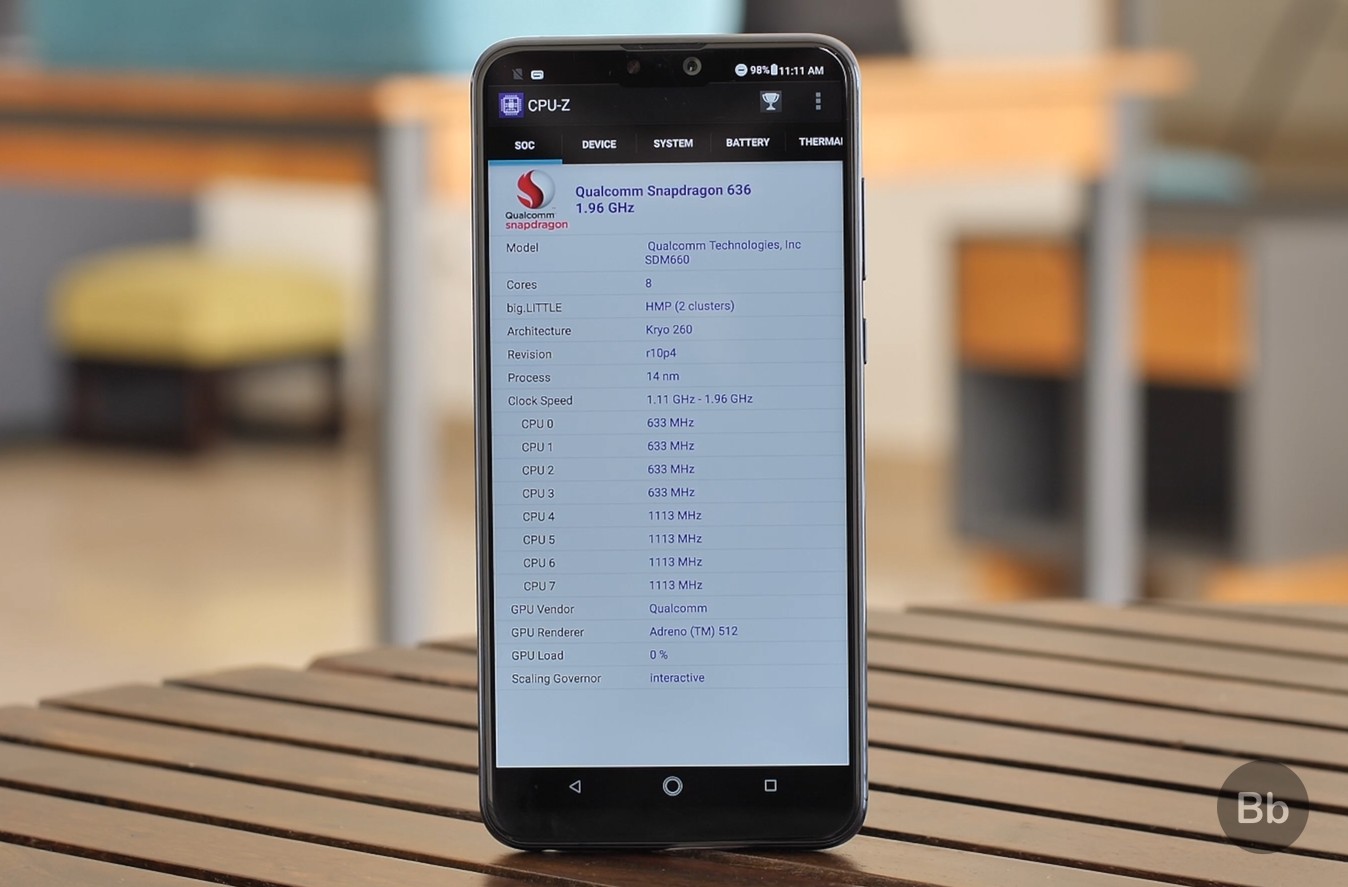 Well, to be honest, the lower clock speed isn’t something I really care about because in my usage, the phone has been performing really well. Things have been smooth, be it during day to day tasks or during multitasking. We have the 4GB variant of the phone here, so things should be even better in the 6GB variant.

When it comes to gaming performance, the phone handles games like PUBG Mobile and Asphalt 9 really well. The phone sets PUBG’s graphics settings at Medium by default and on that setting, the gameplay is smooth and almost flawless. I tried playing the game at high graphics, and while things were mostly fine, there was some stutter and lag at times, so ya, I’d recommend you to stick to medium. 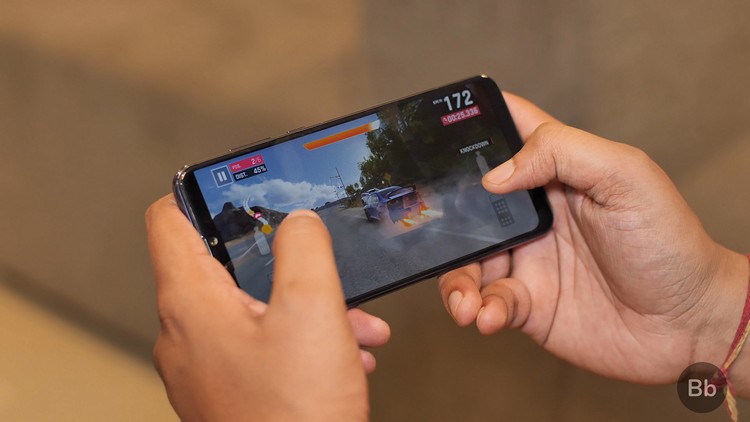 Overall, the performance on the ZenFone Max Pro M2 is top notch, no pun intended. It’s just the best performance a phone can offer at this price. 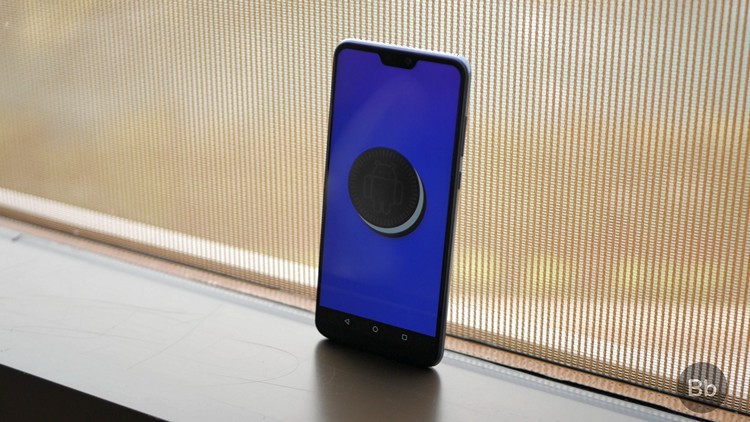 Anyway, the stock Android experience here has a few changes. There are a few Asus apps here, along with the Facebook app and the Asus camera app. Anyway, it’s not a lot and people actually use some of these apps (like voice recorder, FM Radio etc.), so I wouldn’t call it bloatware. There are also additional features like a few gestures (not navigation gestures, gestures like double tap to unlock) and face unlock, which works pretty fast most of the time. 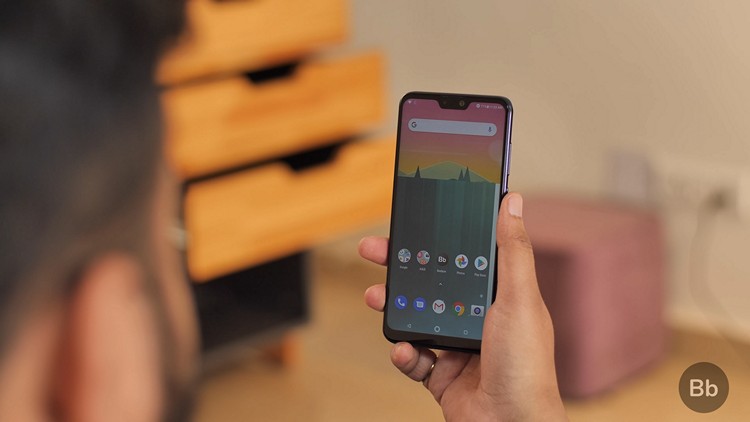 While everything’s fine, the stock Android Oreo experience does not seem well optimized for the notch. We all know that Google brought notch support with Android Pie, so it’s not surprising but this is something Asus must have fixed. So, what happens is, in different apps, the notch just marginally overlaps in the top area of the interface. I am not explaining it good enough, so take a look:

I know, it’s not a major issue but I just find this a little annoying, especially while playing games. Plus there’s no way to force apps to use the full screen, or hide the notch, so ya, there are a few issues in the ZenFone Max Pro M2. Well, let’s hope Asus fixes this soon.

The ZenFone Max Pro M2 comes with the same massive 5,000 mAh battery from the Max Pro M1 and while the screen is a bit larger than the M1, the battery performs pretty much the same as the M1. 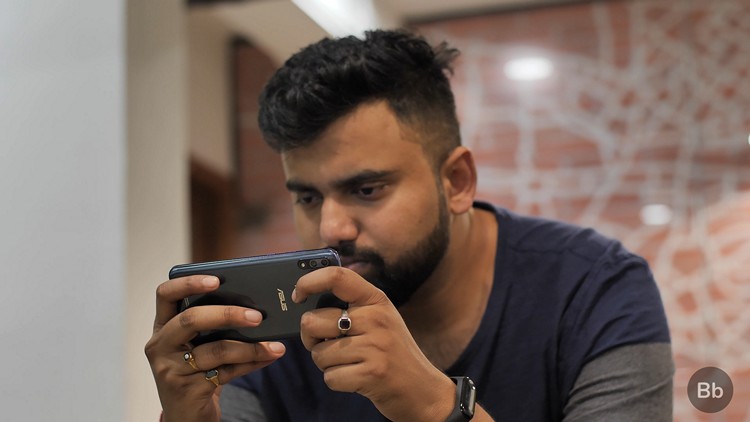 So, in my usage, the Max Pro M2 easily lasted me for a couple of days on medium usage. Generally, starting the day at 100%, I would end the day at around 50-60% even on a little extensive usage and that is just really good. The battery performance is something that really impressed me in the M1 and it impresses me yet again in the M2. 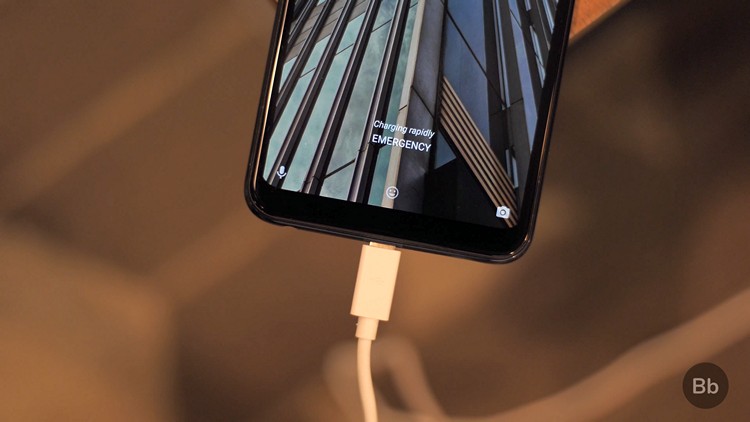 When it comes to charging, Asus bundled the 5V 2A charger in the box and in our first impressions video, a lot of you were confused if this is a fast charger or not. Well, the phone does show “rapidly charging” with the in-box 10W charger plugged in, which I think is a QuickCharge 1.0 charger, so it is fast charging the phone, but it’s just not as fast as Quick Charge 4.0, or even 3.0. 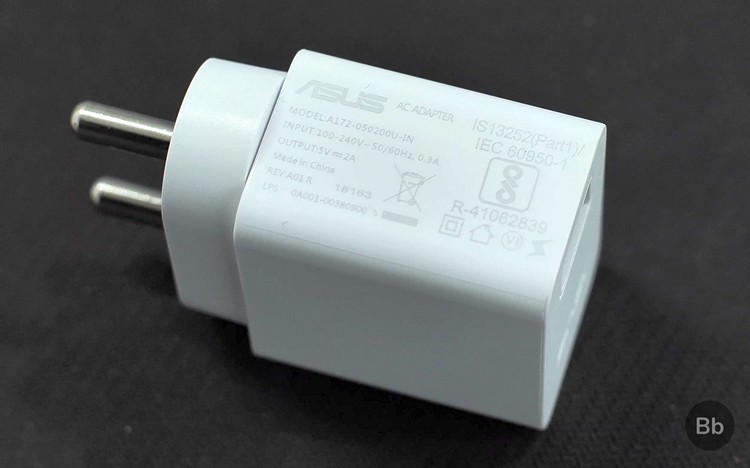 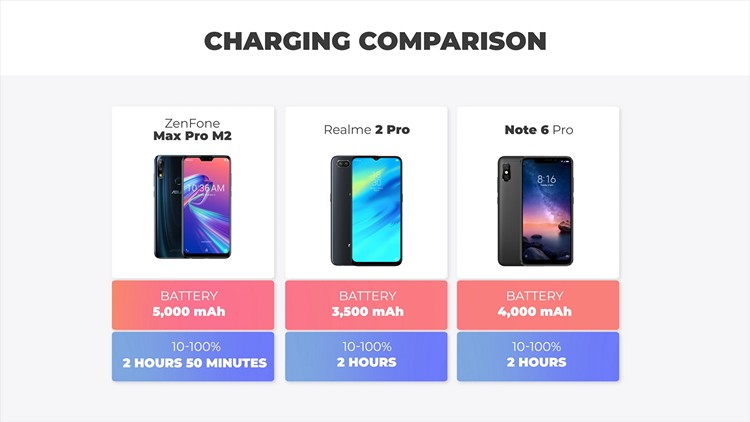 I also tried out an 18W fast charger with the Max Pro M2 and it took the same amount of time, that is 2 hours 50 minutes, so I guess this the maximum charging speed you can get.

The ZenFone Max Pro M2 brings improvements from the ZenFone Max Pro M1 on the audio front as well. First off, the speaker here is better. The Max Pro M2 comes with 5-magnet speaker for louder, deeper and less distorted sound quality and NXP SmartAmp technology. Now, all of that is tech mumbo jumbo, but the speakers here are definitely louder than the Max Pro M1 and the likes of the Redmi Note 6 Pro. While the quality here isn’t the best or as great as the Note 6 Pro, it’s decent enough for a budget phone. 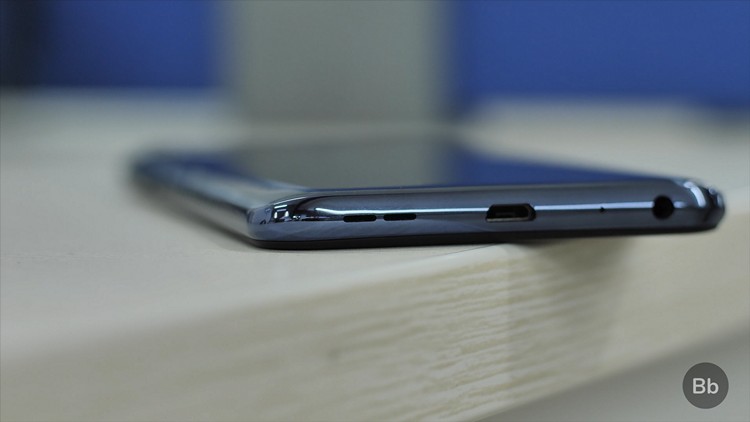 On the connectivity front, the ZenFone Max Pro M2 features most of the basics but there are a few things missing, which might disappoint a few users. First of all, there’s WLAN 802.11 b/g/n, which means the phone only supports 2.4GHz WiFi networks. Yes, like Max Pro M1, there’s no support for 5GHz WiFi networks and while this is a little disappointing., if you are wondering if it’s a huge issue, you can check out our article on the same. 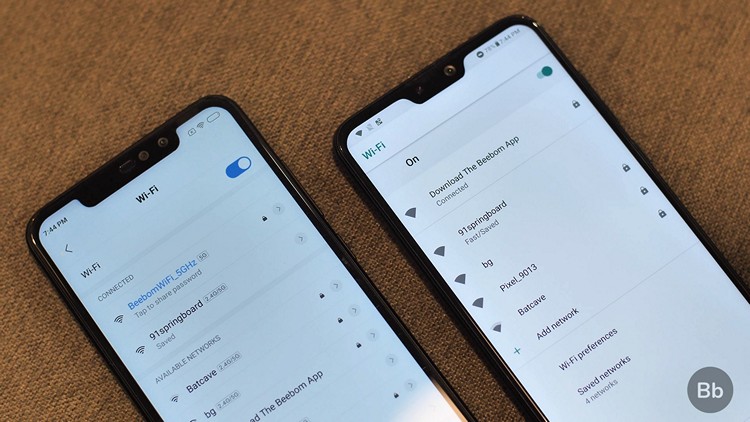 Other than that, there’s Bluetooth 5.0, expandable storage up to 2TB, dual SIM with dual 4G VoLTE support, and there are the usual sensors like accelerator, e-compass, proximity sensor, ambient light sensor and gyroscope.

ZenFone Max Pro M2: Should you Buy It? 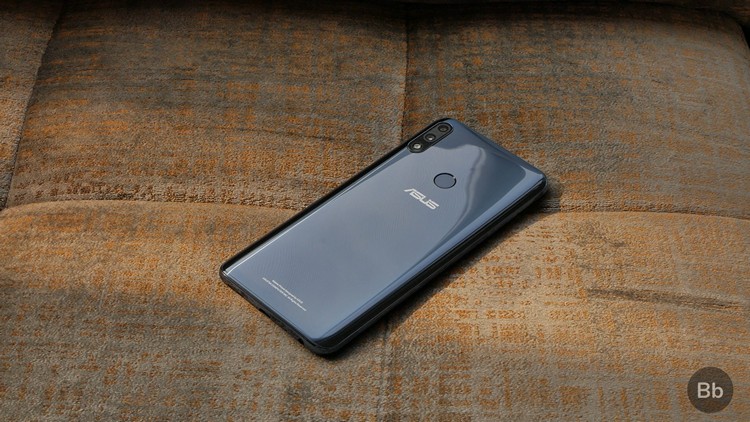 The changes on the design front make the Max Pro M2 a great looking smartphone. The cameras, while not the best, are good enough for the price and the Snapdragon 660 makes up for a really fast and smooth experience. Plus, like the ZenFone Max Pro M1, the stock Android experience is great and the battery is just impressive. It’s not perfect. The back is very scratch prone, there are software issues with the notch and there’s still no 5GHz support. But are these deal breakers? Definitely not! 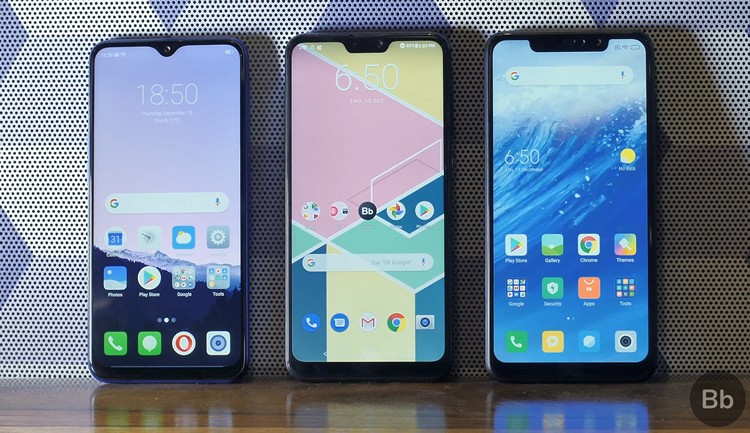