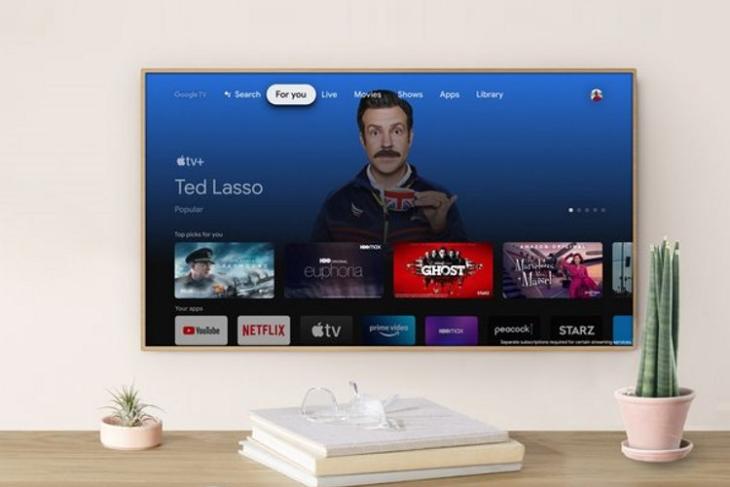 The Mountain View giant launched the Google TV platform to compete with similar offerings from Amazon and Apple. It is a relatively new platform that bundles various streaming services like Prime Video, HBO Max, Peacock, Hulu, and others with Live TV via YouTube TV and other Google services into one interface.

Now, with support for Apple TV+, users with an existing subscription will be able to stream Apple original movies and TV shows like “For All Mankind” and “The Morning Show” on their Android smart TVs. You can learn how to install Google TV on any Android TV right here.

The Google TV app will show recommendations from Apple’s platform. It will also give users access to all the movies, documentaries, and TV shows purchased from Apple. It will also support Apple’s Family Sharing feature which allows users to share their subscriptions.

So, with support for Apple TV+ on the Google TV app, users in the US will be able to browse and search for every movie and TV show on Apple’s streaming platform. They can even ask Google Assistant to open up the Apple TV app or ask it to play an Apple original on their TVs.

Moreover, they will soon be able to add content from Apple TV+ to their Google TV Watchlist. The aforesaid features will be added in the “coming months” and not be available at launch.

Now, the Apple TV+ support on Google TV is currently only available on Chromecast with Google TV. Nonetheless, Google says that it will be available on Google TVs from companies like Sony and TCL in the future. The company will further expand support for other Android TV-based devices in the near future.