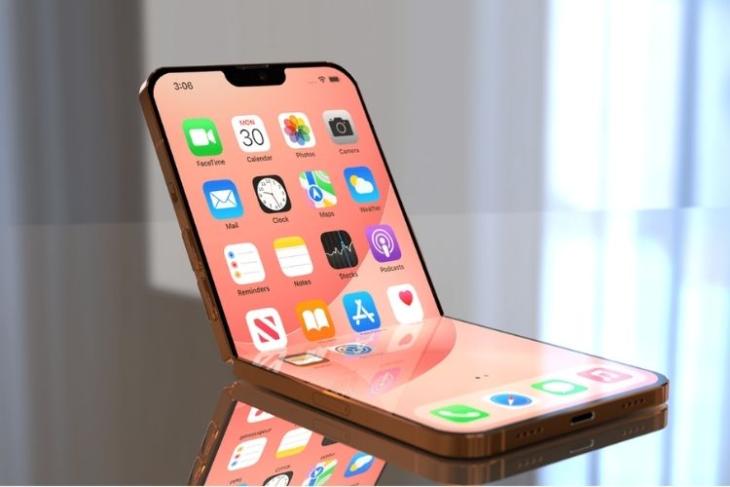 After recently suggesting that Apple could finally ditch the Lightning port for a USB-C port next year, reputable Apple analyst Ming-Chi Kuo has now come up with a new piece of information regarding Apple’s rumored foldable device. Kuo says that Apple is testing E Ink’s power-saving displays as an option for a secondary screen on its foldable device. Check out the details right below.

Ming-Chi Kuo has had a decent track record when it comes to Apple products. The analyst recently took to Twitter to report that Apple has started “testing E Ink’s Electronic Paper Display (EPD) for future foldable device’s cover-screen and tablet-like applications.” This means that a foldable Apple device is indeed in the pipeline.

Kuo says that the color EPD from E Ink has the potential of becoming a standard option for the secondary or cover displays on foldable devices. The cover displays on foldable smartphones show quick-glance content like music player controls, notifications, calendar updates, and such. So using a color EPD for such a display makes sense, considering the power-saving capabilities of e-ink displays.

This is a shift from what Android foldable phones have been using. To recall, the Samsung Galaxy Z Fold 3 uses an AMOLED display. While the use of an e-ink display for a Z Fold-like foldable device won’t make that much sense, it being used for a clamshell model appears like an amazing idea.

Now, E Ink is notably known for its monochrome displays, which are used on Amazon Kindle devices. However, the company also develops color-supported displays like its most recent E Ink Gallery 3, which uses its color E Ink technology to produce more colors at a higher resolution.

This information comes after it was recently reported that Apple is planning a foldable device, be it a foldable iPhone, MacBook, or tablet. An e-link display could be used for any of the upcoming products, which could arrive in 2025. However, you should know that these plans can change before the final product is out on the market. Hence, it’s best to take the aforementioned with a grain of salt and wait for more details to arrive. So, stay tuned for further updates, and let us know your thoughts on Apple using E Ink displays for its foldable devices in the comments below.