Skip to content
Home News Apple Should Acquire DuckDuckGo As Its Own Search Engine: Research Analyst 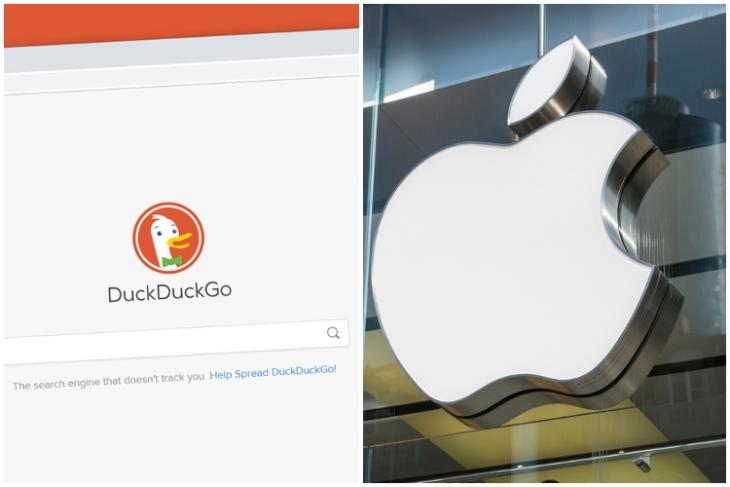 Google has been ruling the search engine scenario in the market for quite a long time now. However, concerned tech-heads, like us, prefer DuckDuckGo for its immense focus on privacy. Now, with a recent paper, an analyst concluded that Apple should acquire the search engine to put pressure on Google.

Bernstein analyst, Toni Sacconaghi, recently published a research report, in which he stated the suggestion for the Cupertino-based tech giant. The analyst estimates that Apple pays a huge amount to Google, 30% of Google’s ad revenues for searches made on Apple devices. So, in his view, Apple should make the move to develop their own search engine for iOS, iPadOS, and macOS.

Now, much like Apple, DuckDuckGo is known for its privacy-focused features. The search engine does a pretty good job of keeping trackers away from users. This results in less targetted ads and more peace of mind.

So, according to Sacconaghi, as Apple does not have many alternatives to Google’s offering (not really), they should acquire its own search engine. If they ditch Google’s search engine, the only other option Apple will have is to use Microsoft’s Bing.

“Yes, Google is clearly the dominant force in search today. However, we suspect the company’s fear of ‘rocking the boat’–which could compromise $15 billion in profits it captures today from iOS–may ultimately limit its freedom of action with Apple. Conversely, Apple may be in a stronger position than at first glance, given it controls the keys to the kingdom on who can monetize iOS search. However, it remains uncomfortably dependent on Bing to act as a counterweight to Google–hence our suggestion that Apple acquire its own search engine.”, states the research report.

So, Sacconaghi suggests Apple acquire DuckDuckGo, as both companies prioritize user privacy. He estimates that the iPhone-makers could acquire the search engine in under $1 billion. Also, it would be a pretty great investment as Apple would not be dependent on Google or Microsoft.

What do you guys think about the analyst’s proposition? Do you think Apple will do it? Let us know down in the comments.