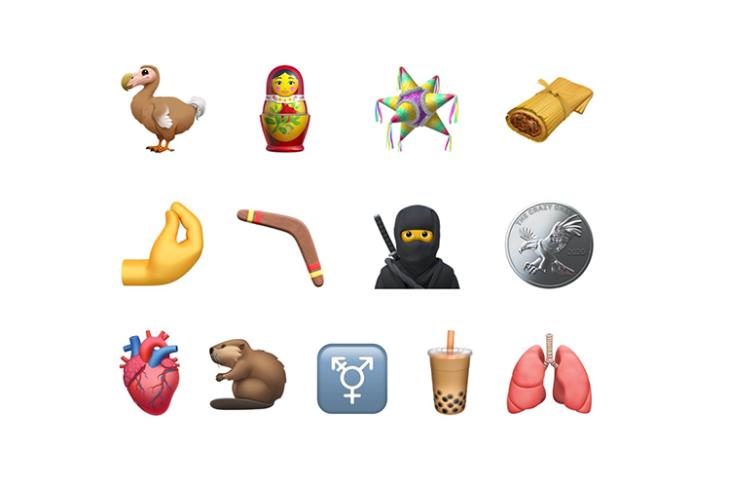 iOS 14’s Public Beta is here already, and there are a bunch of new features here to explore. However, if you have been waiting to expand your library of emojis on your iPhone, here’s some good news. Apple has finally shown off some of the emojis that will be coming with iOS 14 when it releases this fall.

The announcement isn’t a happy coincidence, by the way. July 17 is World Emoji Day, and what better way to celebrate it than by showing off some new emojis. Apple’s showcase has a bunch of interesting ones. There’s a new anatomically correct heart and lungs. Also being added is the transgender symbol, so clearly Apple is taking some steps forward towards emojis being more inclusive.

Apart from that, there is  a new beaver emoji, a boomerang, russian doll, dodo, and a coin that reads ‘The Crazy Ones’ in the mix as well.

There are some other emojis coming to iOS 14 as well that Apple didn’t reveal yet. These are the smiling face with a tear, disguised face, and people hugging emoji. Apple’s official designs for these emojis aren’t available yet, but you can check out other iterations of these designs on Emojipedia.

The new emojis aren’t yet available, even in the iOS 14 beta that I have installed on my iPhone. However, they should make an appearance in the betas soon. Google recently added the new Android 11 emojis in Gboard, and they look good. However, being an iPhone user primarily, I am much more enthused about having the new emojis on my iPhone.