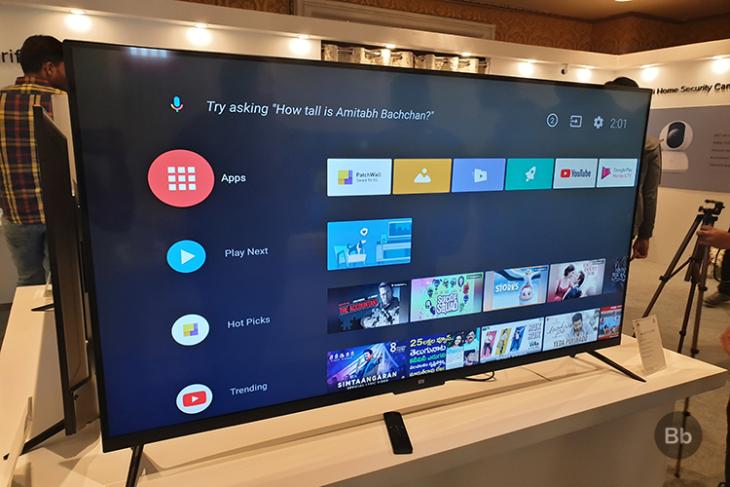 Apart from its popularity in the smartphone segment, Xiaomi has also made a name for itself in the smart TV market in India over the past year or so. The biggest mediator for their success has been the features on offer and the pricing, but the PatchWall UI on the older-gen Mi TVs wasn’t too likable.

Well, Xiaomi promised to roll out an Android TV-based update for old smart TVs when it launched new Pro models last year. But we hadn’t heard or seen anything related to the same until date (it’s been more than 9 months). However, it now seems like the much-awaited update may be closer to rollout.

In an official tweet sent out earlier today, Xiaomi Product Manager Sudeep Sahu revealed that the company has now started testing the beta builds of the Android TV-based update for the 32-inch and 43-inch Mi TV 4A. Yeah, the PatchWall UI on these older-gen Xiaomi smart TVs will be replaced with an Android TV-based ROM.

If you’re unaware, Xiaomi’s original Mi TV launches in India came with the company’s proprietary PatchWall UI in tow instead of a stock Android TV experience. Patchwall is described by Xiaomi as a one-stop solution for all your TV needs as it integrates all your streaming services (not Netflix, of course), TV programming, and more in a single pane.

Well, the Mi fans voiced their concern over PatchWall UI being the default on Mi TVs and requested Xiaomi to make a switch to Android TV because it offered more flexibility and capability to install apps of your smart TV. This led to the birth of its Mi TV Pro series, which comes with Android TV baked in. You do get PatchWall launcher applied on top, however, you can switch to the stock experience with the click of a remote button.

The biggest benefit of stock Android TV, of course, will have to be the availability of the Google Play Store. You will soon be able to scour for new apps and have a multitude of apps at your disposal at all times. So, even though late, are you excited that you older Xiaomi Mi TV 4A will bag an update soon? Let us know your thoughts in the comments section.