Skip to content
Home News Android Messages Will Let You Send Texts From The Web, But Not Just Yet 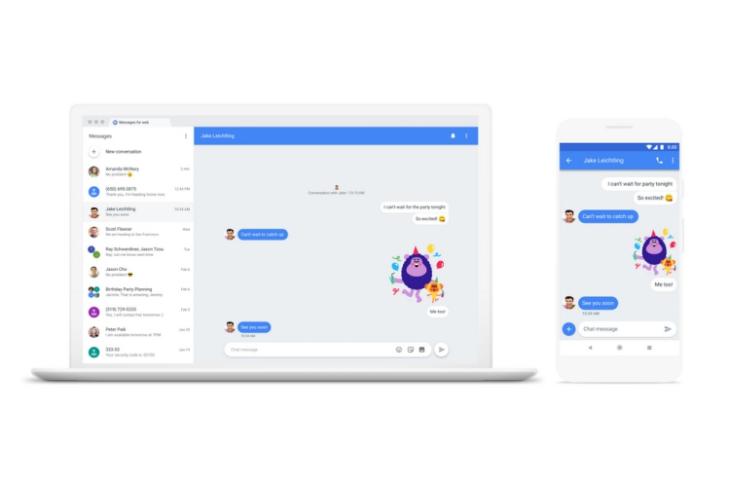 While everyone is moving on to internet-based messaging, Google is currently working on standardising RCS-based messaging across Android devices. Google has made no secret about RCS being the future for Android Messages, and it’s now revealed a few more pieces of the puzzle. As announced in an official blog post Google is adding a ton of new features to Android Messages, including the ability to send or receive messages on the web.

You can now connect the Android Messages app on your phone to an all-new web interface. It supports everything from plain text to images to emojis and stickers, but we will only be able to tell you more once we get access to the web interface, which is still dependent on your carrier and whether it supports RCS.

To use Android Messages on the web, you will need to head to its official website – just like Allo or WhatsApp – and scan a QR code from the mobile app to connect the two. Once the connection is made, you can view and send messages from the web UI.

There’s one big caveat: Even if you have the latest Android Messages app, the feature is not yet live. Google has begun the rollout of the web interface and it should become available to everyone in the coming weeks.

The Android Messages app is also getting some nifty new features. You can now tap on the ‘plus’ button in the text compose bar and search for GIFs to send to your friends. You will now also be able to preview links right inside your conversations, like in most other IM apps. 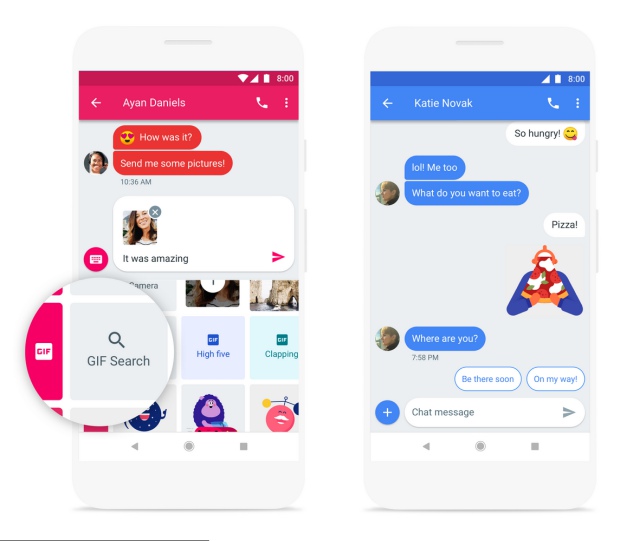 Smart Reply is finally here and now available to everyone in English, with support for other languages coming in the next few weeks. You can tap any of the smart replies to send out an instant text without having to type out anything.

And one of the most-awaited features, the ability to copy certain strings in your messages – such as OTP numbers – from the notification, is also coming to Android Messages.

All of these features are focused on pushing Android users to adopt RCS messaging and its own Android Messages app is leading the charge. Google could finally have something to challenge iMessage, and is taking steps to get close to the leader in native messaging. Of course, with WhatsApp and Telegram becoming so well embedded in our lives, we can’t say for sure whether the SMS-based play will work in this day and age.