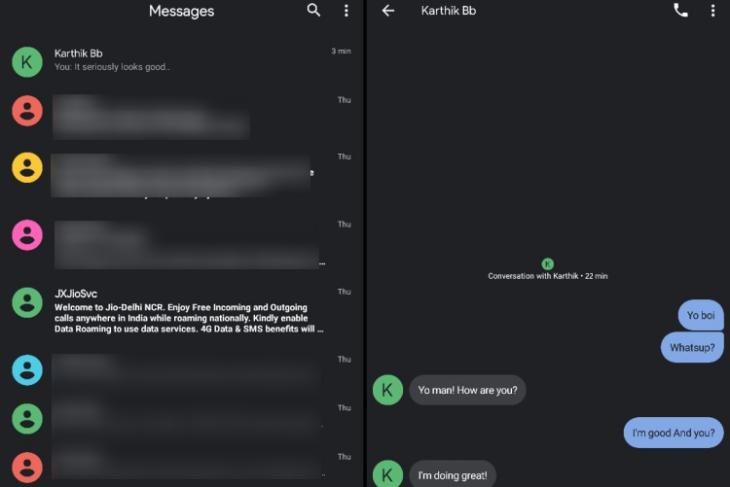 In line with Google’s mission to give all of its apps a Material Theme refresh, Android Messages got a makeover and the much-awaited dark mode just this week. Many users reported loving the new redesign, but it’s possible that Google has now reverted the app back to the old design once again for you.

The new design that rolled out with version 3.5 update of the messaging app is no longer available. Multiple users have taken to Reddit to complain about the change in Android Messages app, which was working fine with the new design.

Lost the dark mode on messages? from r/GooglePixel

I too had been using the new Android Messages app since last evening and was enjoying the dark theme and pastel colors. So I was surprised to see the app had reverted back to the old design and tried to ‘Force Stop’ it to get the Material Theme look – just like we did before – but in vain. 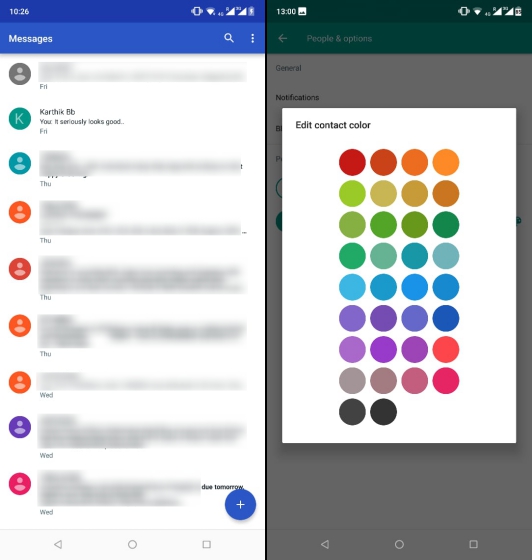 Some speculate that the update has been pulled due to huge backlash over the removal of the custom chat color option, while others say that the update may have been pushed early by mistake.

Reddit’s r/GooglePixel mod and Top Google Contributor ‘dmziggy’ is said to have relayed the user complaints to the tech giant, but we shouldn’t expect any answers until next week – because it’s the weekend! I know you must be missing the dark mode, but hang tight as the update could be officially rolled out to everyone over the coming weeks.