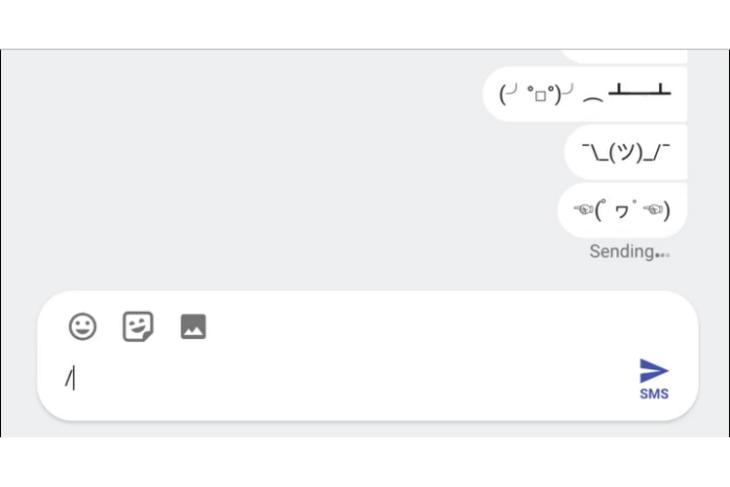 Google recently announced Android Messages for the web, that allows you to send text messages directly from a web browser. While the company has rolled out multiple chat applications, including Allo which seemingly supersedes the Hangouts app now, the search giant has made sure to keep at least one user-friendly alive from Hangouts.

A few folks have noticed the easter egg commands in Android Messages for Web, like my favorite, /tableflip:

As reported by multiple users on Reddit, the Android Messages for Web includes an easter egg from Hangouts: emoticon shortcuts which are known as ‘Kaomoji’. You can send your friends shruggies, table flips, and even Finn and Jake from “Adventure Time,” all with simple text commands.

The feature called “shruggie” was introduced to Hangouts back in 2016, summonable via the command /shruggie. Ever since then, many new shortcuts were added to the list. While the original list of shruggies is a rather long one, here’s a list of all the commands currently known to work:

Do note that these shortcuts only work at the very beginning of a message, and not at the end or middle of a text. Also, although your recipient will them just fine, they can only be sent from the web version of Messages. As of now, there is no word whether the feature will make its way to the app or not, so I guess we’ll just have to wait and see.