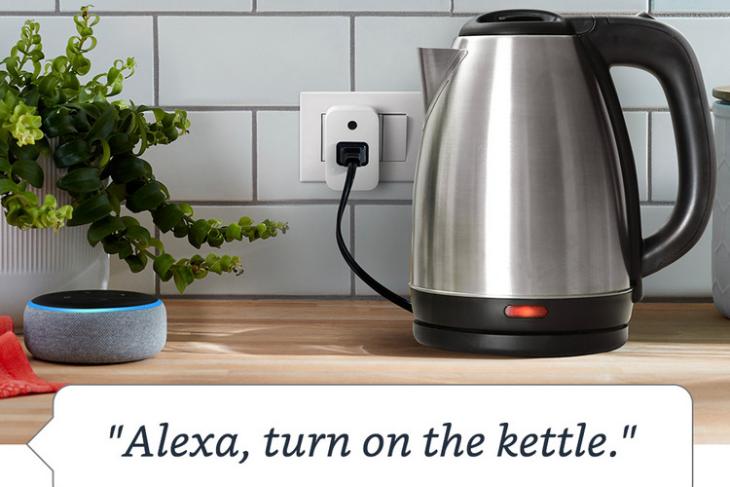 Customers can control their existing appliances through voice commands by pairing the smart plug with a compatible Alexa device, like Echo smart speakers. According to Amazon, the device has a 6A power rating and comes with a ‘state retention’ feature which helps appliances go back to their last state (on/off) in case of power outage and resumption.

Users can setup the device by plugging it into a standard 3-pin electrical socket setup and connecting it via the Alexa app. Once connected, customers can ask Alexa on any Echo, Fire TV or Alexa device to turn the power on or off. Some of the compatible voice commands, as cited by Amazon, include: “Alexa, turn off the fan” or “Alexa, turn on mosquito repellent“.

The smart plug also supports scheduled actions, enabling users to turn off their night lamp at sunrise and turn on their electric kettle in the kitchen every morning via selecting the routines via the Alexa app. The app also enables users to control their connected appliances remotely, like turning on the aquarium filter while not at home.

The Amazon Smart Plug is priced at Rs. 1,999, and is already available for purchase on Amazon. It is also available across Amazon kiosks in Mumbai and Bangalore, as well as in select Croma and Reliance Digital outlets. The device can be bought for just Rs. 999 when purchased as part of a bundle with the Echo Dot.