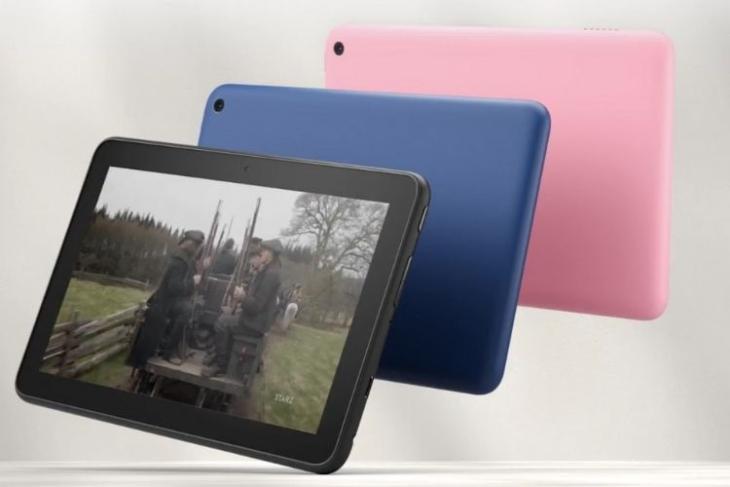 Amazon has decided to update its affordable Fire 7 Tablet after nearly three years and this time, you will get a USB Type-C port for charging, which feels like a significant change because Amazon has stuck to the micro-USB port up until now. Other changes include more RAM, better battery life, and more. Here’s a look at the details.

The 2022 Fire 7 tablet comes with a faster quad-core processor, which is said to provide a 30% boost in performance compared to the last Fire 7 model. The device is also expected to offer around 10 hours of battery life, which is again a 40% increase from the 2019 model. This will help in better video playback and gameplay.

There’s a 7-inch touch screen IPS display with a screen resolution of 1024 x 600 pixels. It now comes with 2GB of RAM, which is double the predecessor’s 1GB of RAM. You can choose from either 16GB or 32GB of storage variants, with support for up to 1TB of expandable storage via a memory card.

Other than this, the Amazon Fire 7 tablet brings support for popular apps like Netflix, Amazon Prime Video, Spotify, Amazon Music, Kindle, Zoom, and more. These can be downloaded via the Amazon app store, as there’s no support for the Google Play Store. Also, you can also summon Alexa hands-free.

It is claimed to fully charge in about 4 hours via a 5W adaptor in-box. Additionally, there’s support for 2MP front and rear cameras with 720p HD video recording and a 3.5mm audio jack. The Amazon Fire 7 Tablet comes in Black, Denim, and Rose colorways, and you can also get a Kids Edition with access to Amazon’s Kids Plus service.