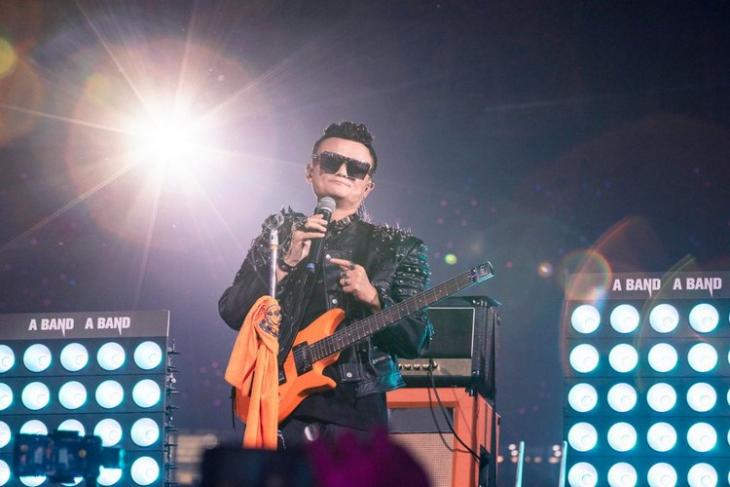 Alibaba founder, Jack Ma, on Tuesday stepped down from his position as the Chairman of the company at a gala event attended by thousands of employees. During a four hour celebration which included songs, dances and parades with elaborate floats in an 80,000-capacity stadium, the billionaire entrepreneur handed over the reigns of the company to CEO Daniel Zhang, and seemingly fought back tears while talking about his own future.

“After tonight, I will start a new life. I do believe the world is good, there are so many opportunities, and I love excitement so much, which is why I will retire early”, said Ma to company employees and eminent guests while trying his best to fight back tears. Keen observers uploaded photos and videos of Ma’s tearful farewell speech on social media, making the topic “Jack Ma has cried” trend on Chinese micro-blogging platform, Weibo.

Jack Ma's performances at Alibaba's annual parties are among the most-anticipated acts of the night. And when Daniel Zhang joins in, that just makes it extra special. Check out their version of "You Raise Me Up" at the company's 20th anniversary celebration. pic.twitter.com/IFMR6v059I

Known for his eccentric sense of fashion, Ma also donned a metal-studded leather jacket and a rock star wig with long purple locks as he strummed a guitar and performed a rendition of the inspirational anthem by Secret Garden, ‘You Raise Me Up’, to the delight of his audience.

Curiously enough, Ma was not the only one in rock star garb, with Zhang himself, as well as fellow co-founder, Lucy Peng, and CEO of Alibaba’s technology committee, Wang Jian, also dressing up similarly. Another co-founder, Joe Tsai, reportedly dressed up as Marilyn Monroe with a white dress and a blonde wig.

The one interesting point to note here is a statement issued by Alibaba, saying that company will henceforth “respect the work-life balance decisions of every individual” in an apparent rebuttal of Ma’s recent statement, where he had controversially expressed support for the so-called 996 work culture in China that requires employees to work twelve hours a day (9AM-9PM), six days a week.